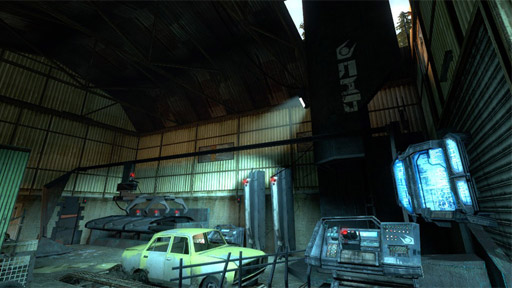 It's a little disconnected from the previous entry -- you escape from part 1 with a car, only to ditch it a minute into part 2 -- and the whole thing is infected with invisible-wall-itis because he was afraid you could turbo the car over the barricades or stack things to go where you can't (but there are so few physics props that aren't item crates, I'm not sure I see the point)... but I digress. It's otherwise really well-designed and entertaining.

If you're in the mood for some classic arcade-style Half-Life 2 adventures, this won't disappoint -- very focused enemy encounters, lots of cool setpieces, really polished visuals, well-tuned difficulty (though maybe a bit easy for some), and lovely cliffhanger for the next episode in what looks like a trilogy. Download it. (Disclaimer: I beta-tested this.)
at 4:08 PM
Email ThisBlogThis!Share to TwitterShare to FacebookShare to Pinterest

Byzantine Perspective: on IF, adapting it to the FPS

Text is special. It can do things that voice acting can't; it can do things visuals can't. (How? Well, Kenneth Young explains this really well in a post about dialogue in Dragon Age)

I recently played an piece of interactive fiction that can't possibly be made outside of IF -- "Byzantine Perspective." It has a single really great puzzle in it, which it won an XYZZY award for.

The premise -- you're a burglar trying to steal a valuable chalice in a museum. You begin in the vault room and type "take chalice" -- and your hand passes through it. Something's not quite right.

(SPOILER ALERT! Make sure you've either played it or don't intend to play it before continuing...)

read more »
at 2:46 PM
Email ThisBlogThis!Share to TwitterShare to FacebookShare to Pinterest

I took a creative writing course while working on Handle With Care. Stealing a page from Marc Laidlaw, I wrote a short story to help me decide on a tone for the mod, a story I completely forgot until I was cleaning out my room just now.

As an exercise, I think it helped me immensely -- as a story, I don't think it holds up very well because Dylan's arc / reasons at the end never really come out and the parenthetical monologue thing is a bit gimmicky. However, I still like the ending quite a bit.

Anyway, I just thought some people might be interested in seeing how the story began and how it changed into its current playable form (which I'll detail more in a later post.)

Enjoy, or perhaps subject yourself to unimaginable pain:

"Oh Those Polish and Their Borscht"
by Robert Yang

What kind of a name is Roubicek anyway? (Polish?) I think it’s Polish, I tell him.

“Mmhm,” Dylan murmurs, burying his face in what must surely be a riveting article in that five month old issue of Men’s Health. (Quick six-pack abs! Seduce any woman any time!)

I bet she eats borscht, I say to the topless smiling guy with great abs on the wrinkled magazine cover. My Polish friend Allysia likes that stuff, but isn’t it just a shitload of cabbage?

Then that lady with the six coats of eye-shadow says Doctor Roubicek will see us now so if we would please just head on in that’d be great thank you. Me and Dylan get up and walk over. I give his ass an affectionate pat but end up hurting my hand, slapping the car keys in his pocket.

“Stop it,” he whispers at me, “Just take this seriously for once.”

A little fluffy, talks about two issues (the "art mod" and the mod's relation to the game industry) that should be their own separate articles, developed more -- and I thought he was going to interview other modders instead of turning it into a piece on Desura / mod distribution (which seems to be something else entirely in my mind)

But still, a good piece on connecting today's mods to an inexplicable industry shift away from mods and he's a great guy and YAY press coverage for mods.

at 2:45 PM
Email ThisBlogThis!Share to TwitterShare to FacebookShare to Pinterest

T-Junctions are the enemy. 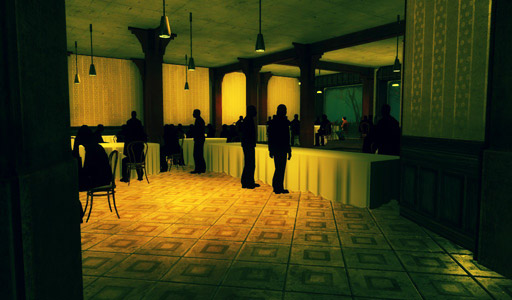 I'm nearly done with main level construction and I'm freaking out -- I don't want to hit any BSP memory limits. This is the first time I've had to deal with BSP limits when working with Half-Life 2, and it's a testament to how big and bloated "Much Madness" has become. In terms of level construction complexity, this is nearing Adam Foster-like levels of what the engine can handle.

... and now I've hit a memory limit already and it's destroying me.

At this stage in development, there are three memory limits I'm worried about:

read more »
at 3:11 PM
Email ThisBlogThis!Share to TwitterShare to FacebookShare to Pinterest 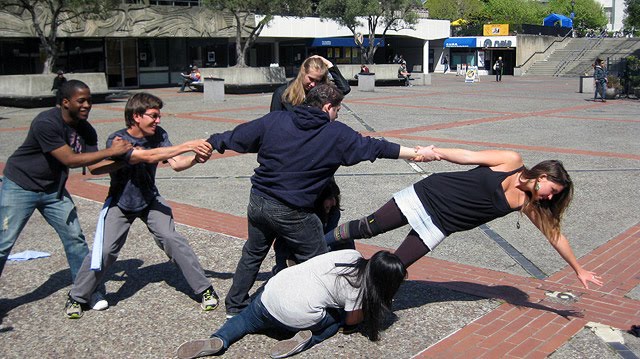 (This is part of a series about the "outdoor game design" course I taught at UC Berkeley. It has notes, lesson plans, and ready-to-use rulesets for games.)

The first semester I taught this course, I planned everything down to the minute detail. I pre-wrote my lectures and my "spontaneous" jokes, allotted a few minutes to each concept for that day, conceptualized learning goals... And then realized that it didn't fit the spirit of the class.

In later semesters, I'd have a rough week-by-week schedule, but that's it. I'd improvise the lesson plan when I got to class and saw what the energy was like. (Also, being in the Bay Area, it'd rain a lot.)

So, some general statements / philosophies that form the foundation of this course: