Me and my fellow co-organizers have announced another incarnation of Lost Levels this year, happening on March 20th in San Francisco. Lost Levels is a casual community-led "unconference"-style picnic that we put together because we think large conferences are good at some things but bad at other things -- maybe Lost Levels could help with those other things? We believe in "radical inclusion", which we try to implement by being completely free with an open submission process.

This year, we are anticipating more people, so we've gone to the effort of acquiring an event permit. (Our venue requires us to get a permit for gatherings larger than 25 people.) We're getting the permit to protect everyone and minimize possible conflict. However, the permit is expensive; combined with the event insurance costs, we are spending more than $3000 on fees alone. If you can afford it, please consider donating.

None of us have much money, so any assistance is appreciated. However, I want to be clear -- we will run Lost Levels no matter how much we raise because we run Lost Levels for you, not for us.

If you'll be around San Francisco, we'd love to see you there -- and we'd love it even more if you gave a short talk or ran a short discussion group or did a small performance. Please sign-up to attend or submit session proposals! (We are especially fond of the weird, the unusual, and the silly.)
at 11:39 PM
Email ThisBlogThis!Share to TwitterShare to FacebookShare to Pinterest

A first-time IGF judge with IGF submission advice... and why the IGF doesn't matter?

This was my first year being an Independent Game Festival judge. As an IGF entrant in the past, I found myself confused and frustrated with the judging process. I've realized that a lot of the frustration came from not knowing how the process worked.

(If you're still frustrated with the IGF, though, that's fine. Say so! That's how it gets better.)

At this year's GDC in San Francisco, I'm going to be delivering a rant as part of the "Game Educators Rant" session.

I'm still working out the script and details, but it's generally going to expand on what I've said before -- that game development has a sociopolitical dimension, and developers should actively recognize it and work in this dimension.

It should be an interesting session overall, considering that my esteemed colleague Sarah Schoemann will be delivering a rant opposite mine, arguing against the essentialism of learning code and technical development. Bring it on!

at 11:36 PM
Email ThisBlogThis!Share to TwitterShare to FacebookShare to Pinterest

An alternate history of Flappy Bird: "we must cultivate our garden."

As a pseudo-academic in games, I worry a lot about what will "make it" into "the history" of video games and what will be deemed culturally significant enough to study.

The latest spectacle with the game "Flappy Bird" will either be (a) universally forgotten by next week, or (b) it will be the peculiar subject of some student's thesis paper, or (c) it will live as a game culture touchstone that gets invoked frequently for the next few years. Even though it's least likely, I'm writing this post for case B: it may be a somewhat obscure thing that gamers discuss once a year, or that games academia instructors will mention casually to their students, and maybe the students will dutifully google it and wonder what happened Back Then...

Now, because I can't tolerate the idea of Kotaku's misleading titling or Eurogamer's barely-researched and contentless coverage (among many others) of Flappy Bird, marching unopposed into the chronicle of internet history -- I hope this blog post gets indexed and listed on the 3rd or 4th page of "flappy bird game history" search results or something. If you're writing a game studies paper on this, maybe put this paragraph under a patronizing header like, "Other Perspectives?", or at least give me a footnote and imply you read this. Thanks.

If you're reading this in 2015 and no one remembers what Flappy Bird was, then I want to emphasize one thing:

In February 2014, there was not much controversy for many game developers, especially indie game developers -- the internet was harassing Dong Nguyen for making a game, which is unacceptable. Many people do not support how Nguyen has been treated, and have said so. It is always important to remember resistance to a mob.

read more »
at 2:45 PM
Email ThisBlogThis!Share to TwitterShare to FacebookShare to Pinterest

re: "Possibilities and Pitfalls of the Video Game Exhibition" 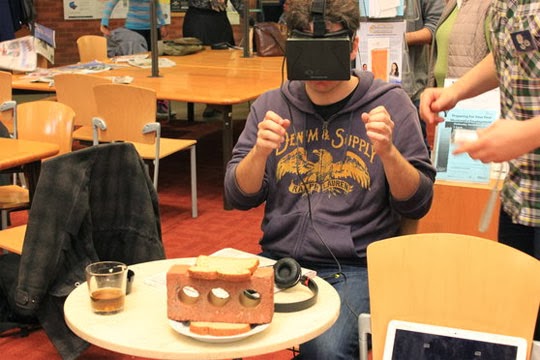 In "The Possibilities and Pitfalls of the Video Game Exhibition," Nicholas O'Brien talks about his experience in attending game exhibitions at Museum of the Moving Image and the Museum of Modern Art in New York City and finding their curation and installations lacking -- specifically, they don't afford visitors interacting "properly" with longform single player games, because the self-awareness and performance of a museum context means you will never really engage with the game.

A couple years ago, I was of the same opinion and I even complained about the same institution, and now I'm surprised that I've changed my mind and I find this opinion kind of short-sighted...

I just got news about an arts grant that I was part of -- and it turns out we now have some funding! Hurray! I'll talk more about those details when the exhibition organizers announce it, but for now, I want to start documenting my process in making this game -- which I am tentatively calling "Get Better" as a direct challenge to the rhetoric of the mainstream gay-industrial complex.

(Well, originally it was called "Ludonarrative Disco-dance." But that makes it sound too much like a game about games, and this game isn't primarily about games.)

In terms of actual prototyping and production, I'll probably be building on top of my existing first person framework, but I haven't actually done anything yet. Mostly, I've been sending e-mails to possible collaborators and contractors. (The small chunk of arts grant money is making the asset contracting possible. Yay for having a budget and paying people for their work!)

Instead, I'm trying to sketch out the structure of the game first. So here are my actual game notes, along with some remarks on my notes...

read more »
at 3:46 PM
Email ThisBlogThis!Share to TwitterShare to FacebookShare to Pinterest