I'm making a game for the "make a video game in 48 hours" challenge, Ludum Dare, even though I have a final project to do for school. (They never said I was the smartest.) Cross-posted from http://www.ludumdare.com/compo/2011/04/30/condom-sniper-update-2/

Skybox art is kinda done, mostly photosourced from Unity standard assets / NASA / CGtextures / Creative Commons on Flickr. Still need to turn off fog for the moon, hmm. All full bright textures for performance reasons; I’m going to be using a lot of point lights in the actual game area, so I want to save my GPU stuff for where it counts.

Looking to implement the actual mechanics and building generation tomorrow night. I don’t foresee many problems, but we’ll see…
at 4:24 AM
Email ThisBlogThis!Share to TwitterShare to FacebookShare to Pinterest

ATTENTION! If you're in the NYC area, you should RSVP for this talk with Erik Wolpaw on Thursday -- like, right now. You definitely won't be able to stroll in, and even if you do, you'll miss out on free croissant sandwiches.

It's open to the public. Go.

"The format for the evening will be a brief guided play-through of Portal 2 with Erik, followed by an interview and general discussion moderated by Game Center Interim Director Frank Lantz. The audience is encouraged to join the discussion. Please bring questions about Portal, game writing, criticism, narrative and the overall subject of games in general."

And the NYU croissant sandwich things are pretty awesome. Get there early if you expect any otherwise I'm going to eat them all.
at 3:47 PM
Email ThisBlogThis!Share to TwitterShare to FacebookShare to Pinterest

Attention! There's a new level design compo about to start at MapCore:

"Using the included prefab in the engine of your choice, script a puzzle to creatively open the door! As this is a scripting challenge, you are encouraged to use dev textures and only what art assets are absolutely necessary to communicate key ideas."

Open to Source and UDK users! (And other engines, if you're willing to port the prefab yourself. I might port it to Unity, as self-proclaimed minister of Source-Unity relations.)

New faces are, as always, a welcome sight.

And remember: the "4 week timespan" doesn't mean you need to spend 4 weeks on it; last time, Thiago made his in 24 hours and won the Cube Compo with dm_zest. (Granted, he already made the textures, but still!...)

Still think it's too much of a time commitment? We're also thinking of doing shorter "weekend" challenges, so chime in there if you like that idea.
at 1:42 AM
Email ThisBlogThis!Share to TwitterShare to FacebookShare to Pinterest

Also in the pipeline...

Prototyping a medieval baseball sidescroller for class: you're Troy Percival / Sir Perceval, famed professional baseball player / naive knight raised in the woods. Heavily dependent on a mechanic stolen from Cactus' Norrland. Will your reckless / senseless quest for strikeouts and saves consume you, or will you die triumphantly on the pitcher's mound of the 2002 World Series?

... Also considering a zombie mode. Quickly, strike-out zombified Derek Jeter before the infection spreads to the castle!
at 8:00 AM
Email ThisBlogThis!Share to TwitterShare to FacebookShare to Pinterest

In case you hadn't heard...

The official announcement of CryEngine Indie. So I guess now it's CryEngine vs. UDK, battling for high-end standalone indie PC market -- which is growing a lot, with skilled professionals getting laid-off or leaving their jobs to go independent.

Valve is losing their "developer share" of hobbyists / indies with every passing day. I mean, why do they approve mediocre shovelware like Dino D-Day for Steam, but then reject Gemini Rue? Because Dino D-Day was a Source licensee? Hopefully the upcoming Dear Esther retail will restore some prestige to the Source indie brand.

This will be a complete version of our engine, including C++ code access, our content exporters (including our LiveCreate real-time pipeline), shader code, game sample code from Crysis 2, script samples, new improved Flowgraph and a whole host of great asset examples, which will allow teams to build complete games from scratch for PC."

at 1:45 AM
Email ThisBlogThis!Share to TwitterShare to FacebookShare to Pinterest

Ludodiegesis, or Pinchbeck's unified field theory of FPS games, or "please pee on my leg and tell me it's raining."

I've also kind of fact-checked my summary with him too, so let this post serve as a Wikipedia article of sorts for piquing your interest in reading the real thing...

“Story as a function of gameplay in First Person Shooters: an analysis of FPS diegetic content 1998-2007.”

Central to his conceptual framework is the idea of "ludodiegesis" -- ludo meaning "play" and diegesis referring to "the fictive reality of the game." (If you're gagging at these words: remember that part about games being a legitimate form of art and culture? Well, we need to invent new words to effectively talk about this new media. So learn this word.)

It's his elegant way of growing something from the rotting corpse that is the narratology vs. ludology non-debate, mainly by shifting what "game narrative" means:

Recommended: "Castles & Trains" by Michael Todd.
at 9:00 AM
Email ThisBlogThis!Share to TwitterShare to FacebookShare to Pinterest

Pilsner: Tactical Binge Drinking Action.
I guess the Hollywood pitch would be Jersey Shore + Rainbow Six. The weaponized male gaze. A planned "gay bar" or "Top Gun" game mode -- or maybe it should be the default? Asynchronous multiplayer, mouse-only controls, over a dozen IPAs to choose from, etc.
at 3:00 AM
Email ThisBlogThis!Share to TwitterShare to FacebookShare to Pinterest 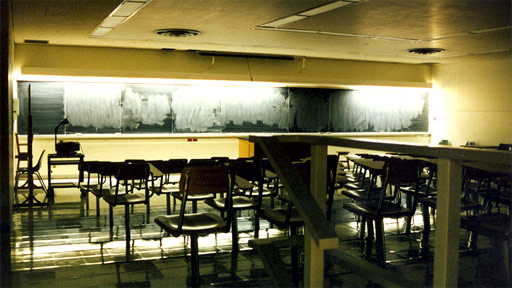 Here at the Design and Technology MFA program at Parsons, the "Game Design 1" course is extremely popular. Like, it's one of the first classes to fill up at registration. In it, you learn about analog game design and make your own board games / card games.

Conversely, "Game Design 2" is about level design, mostly in a digital context, and it is much less popular -- to the extent that this semester, it got canceled from lack of enrollment. (Or at least that's the reason they gave us.)

Why was Game Design 1 so popular, but Game Design 2 (level design) allowed to die? I see them as two very similar, important things for interaction designers to learn, but apparently both the student body and administration disagree with me.

However, I'm the one who's always right about everything.

So in my assignment for a design and education class, I thought I'd try to bridge the gap between the two and make a level design class for people who aren't particularly fond of video games. It focuses on interaction and environment across various types of games.

We deal with fairly simple, basic games and mechanics so we can focus on the levels. Also, keep in mind that the intended audience is middle school / early high school, though I'm sure if you crammed in some readings and essays in there it'd make for a decent college freshman class.

The working draft of the syllabus is pasted below. Feedback is appreciated:

In video games, board games, sports, and anything else: it matters where you play.

Video games call this “level design,” but in this course we'll explore both digital and non-digital representations of the environment and how to build them. If you like board games, video games, sports, playground games, or anything else game-related: we'd love to have you.

Death of the Mod? 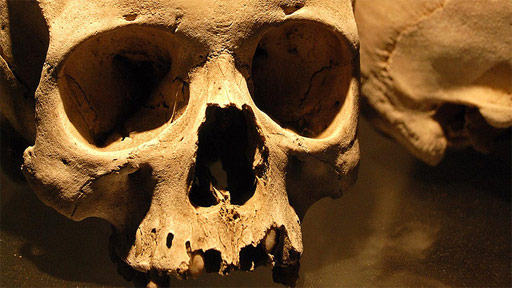 This was the subject of a roundtable podcast I did with other modders (moderated by the fresh-smelling Phillip Marlowe) but I thought I'd write some stuff I couldn't articulate when barely awake at unearthly hours of the morning. In this post I also speak generally of modding in the contexts I know it (Starcraft, Half-Life 1, Source Engine) instead of just limiting it to Source modding.

Okay, so: Before, there wasn't really anything. So, we modded.

Then there were just a few random 3D engines (Ogre3D, Cube, etc.) but no widespread adoption because they were difficult to use. Want a level editor? Code it yourself!... So, we modded. Besides, only mods got publicity on fan sites anyway; our work was worthless, inferior to the professionals. Who would ever pay for it? Unmarketable. We were just fans and amateurs, working with the permission of the big boys.

There was no indie RTS, no indie FPS. So we just modded Starcraft. We made tower defense maps or Aeon of Strife maps (the 1999 precursor to DOTA). We also modded Half-Life and made this little thing called Counter-Strike. Modding has changed the face of the game industry, but we only know that in hindsight.

Now, everything has changed.

There are new, powerful standalone 3D game creation packages (Unity, UDK) with integrated engines and toolsets that have physics, IK solvers, heightmap terrain editors, etc. Our "amateur" work can be sold on Steam, the App Store, the Android Market, or even by ourselves. Popular blogs readily publicize / discuss these "indie" efforts. In general, it seems amateurs are just more disciplined and more skilled with the practice of game development.

There's now an indie RTS genre, it's called tower defense. There's an indie FPS, it's called Minecraft and has been a huge paradigm shift in itself. A huge, "indie" culture has reconfigured how we see video games: masocore, QWOP, Spelunky, the cult of personality behind Cactus, the Copenhagen Games Collective, anything touched by Stephen Lavelle, Tale of Tales, and so much more. These are great reconfigurers.

Meanwhile, the only recent, equivalent, reconfiguring event in the mod community that comes to my mind is Dear Esther.

In this sense, "modding," as we know it, is dead... Because we aren't merely fans or amateurs anymore. We're now "indie," we're somewhat independent of the commercial game industry that spawned modding: we now have a shared culture, publicity engine and distribution mechanisms that happily exists outside of them. Which is great.

There will still be many mods, of course, but they are definitely no longer the center of innovative design practice by non-professionals. Black Mesa Source will likely be the last "total conversion" mod ever completed, in the face of the rising (time) cost of development and the accessibility of good standalone options. Great games like "The Dark Mod" will no longer be constrained by an audience that doesn't have Doom 3.

As for the future, here are my predictions:

Unity is going to get bigger. Once they release their Flash deployment, assuming it's for free, they'll finally surmount that last "download the plug-in" hurdle and millions of bored office workers will flock to the platform. Flashbang Studios' "Blurst" initiative stimulated one era of Unity; the Flash tech will stimulate another.

Much like "gamer," the term "indie" will apply to so many people that it loses meaning. I'm on Anna Anthropy's boat in pushing a populist approach to game development: tools will get easier, distribution more robust, and one day everyone will just make games for everyone.

What grows from the charred corpse of modding? A forest.


at 12:33 PM
Email ThisBlogThis!Share to TwitterShare to FacebookShare to Pinterest