A survey of video game manifestos 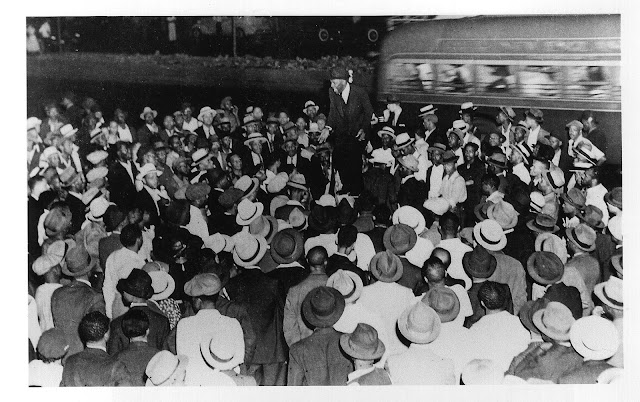 I've written a few manifestos for making games -- Radiator 1 had a short "PIES" manifesto, and these days I also work off a loose "games as culture" not-manifesto and a more recent "Gay VR" utopian manifesto. To me, a manifesto is a funny thing because you're trying to predict what you're going to make over the next few years, and people will easily be able to judge you for it. (Well, Robert, did you actually achieve Full Gay VR, or did all that stuff fizzle out? I guess we'll see!) In this way, I think a manifesto is like a weird paradoxical show of strength as well as vulnerability. It's a bit of a risk.

There is, of course, a long history of manifestos, and any time you write a manifesto you're also participating in that history. The most famous manifesto is, perhaps, the Communist Manifesto. In art, we have a Futurist manifesto, a Dada manifesto, a Surrealist manifesto... in film, I've always admired the Dogma 95 manifesto... and in technology, there's the Hacker Manifesto. Most of these manifestos try to distill a complex ideology into a page or two of bullet points and prescriptions, and that's part of the fun of it. Discard relativism to the wind, and let's shape the world to our vision!

In games, we've had a variety of visions. Older industry folks often like referencing the Chris Crawford GDC 1992 "Dragon" speech or the Bruce Sterling AGDC 2008 keynote... but here I'm going to try to confine my discussion to stuff that explicitly says it's a manifesto, because I think the label matters. Let's start, shall we?...

Radiator 3 is Greenlit on Steam!

Radiator 3 is officially greenlit for distribution on Steam! Thanks everyone for your support and votes. Look for the game sometime in Fall 2017.

Some fun stuff: in Steam, apparently I can set the game page's "primary genre" to action, racing, simulation, rpg, etc... as well as "sexual content" and "nudity." Nudity games! I like the sound of that. Wonderful genre.

Level With Me: Half-Life 1, complete!

I started with Half-Life 1 because it's a game I know pretty well, so I thought it would be a good first choice while I figure out how to do all this streaming malarkey. I'm still learning a lot about how to play / pace / perform, but I hope it's been entertaining and educational to watch nonetheless.

I've collected all 14 episodes into a playlist for your convenience. Each episode is usually less than an hour long. Also, you can "like and subscribe" the channel, and/or hangout during the live broadcast on Twitch every Tuesday usually from 6-7pm EST (GMT-5).

I haven't decided what the next game will be. If you have any strong opinions, please leave a comment. See you next week!

Tags: level with me, news

Due to a reader's request, Radiator Blog has finally joined the 21st century and now offers an e-mail subscription service via FeedBurner integration with Blogger. (FeedBurner is an old Google acquisition that scrapes and re-formats RSS feeds. RSS feeds kind of fell out of fashion like 10 years ago, but you can still access this blog's RSS / Atom feed directly if you want.)

To subscribe for e-mail notifications on new posts and such, you can type your e-mail address into the sidebar widget near the top-right of this page, or the footer widget at the very bottom of this page. Or use the sign-up form on the FeedBurner website itself. It's up to you. Here at Radiator, we're all about choice.

I will not share your e-mail address with anyone... not even with myself, because I'm probably not going to login to the FeedBurner dashboard ever again. It's all automatic now. Ah, the wonders of technology...
at 1:12 PM
Email ThisBlogThis!Share to TwitterShare to FacebookShare to Pinterest

I usually plan my project work roughly month by month, swapping out projects based on timeliness / recent progress. Here's my plan for the next few months:

at 11:10 PM
Email ThisBlogThis!Share to TwitterShare to FacebookShare to Pinterest

"If you walk in someone else's shoes, then you've taken their shoes": empathy machines as appropriation machines 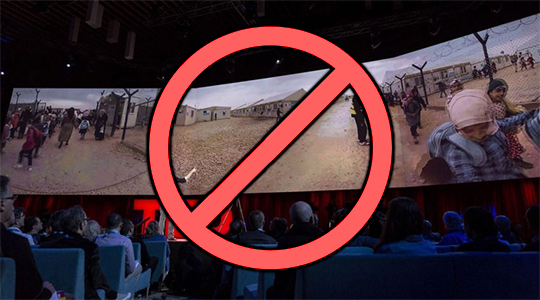 In a 2015 TED talk (pictured above) VR filmmaker Chris Milk claimed that virtual reality could be the ultimate "empathy machine". Instead of fading away into irrelevance like most TED talks, this concept of the VR empathy machine has somehow survived into 2017. VR boosters like the United Nations' VR program and influential podcast Voices of VR continue to push this line of thinking.

I'm here to argue absolutely in the strongest terms: I am against the promise of any claim to a "VR empathy machine", and I am against it forever.

The rhetoric of the empathy machine asks us to endorse technology without questioning the politics of its construction or who profits from it. Empathy is good, and VR facilitates empathy, so therefore VR is good -- no questions please. (And if you hate VR, that means you hate empathy!) It's a disturbing marketing strategy, and I hope it's obvious how making a refugee tourism simulator your "flagship" VR experience can come across as an extremely cynical use of pain and suffering to sell your product.

I also doubt any empathy machine supporters have ever been the actual "target" of an actual empathy machine. Ironically, as empathizers, they seem totally unable to empathize with the empathized, so let me spell this out. The basic problem with empathy machines is what if we don't want your fucking empathy?