Now that summer vacation is here and I don't have to teach, I now have a lot more time to put into some projects. Here's one of the new ones I'm doing for the summer:

"Moses" (tentative title) is a collaboration between me and Eddie Cameron for the Power Broker game design challenge. It's kind of like 80 Days plus SimCity / Cities In Motion -- you are famous urban planner Robert Moses and you have to drive around New York City and visit various locations around the map, but to make commuting easier, you can also build public works projects like highways, bridges, public housing, a UN building or two, etc. which all interacts with the traffic simulation and public approval. Maybe there will be little narrative vignettes and conversations along the way too.

Eddie has been doing all the complicated math simulation stuff, while I've been writing a lot of the basic game code and UI. We're still basically in the early prototyping stages, trying to figure out a lot of the game as we go along. Here's some of our thinking... 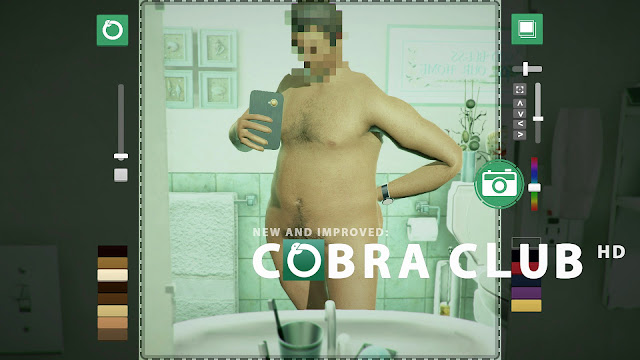 Itch.io is celebrating Itch.io Week, and on Tuesday they featured a short interview with me and the creator of Emily Is Away. A bunch of indies are also doing random sales or non-sales of their games on itch too, so I thought I'd join the fun and re-release my free downloadable game Cobra Club as "Cobra Club HD."

This is basically the new build that has been going around at some events and festivals, like Now Play This and A MAZE -- it features a completely new rebuilt penis, pubic hair support, strap-on mode, and various other tweaks. Unfortunately, I couldn't get foreskins working 100% properly all the time, and dudes kept straight-splaining "what foreskins actually look like" to me, so I decided to just disable that feature entirely. Happy now? NOW NOBODY GETS FORESKINS!!

As always, if you encounter any problems, just follow the troubleshooting instructions on the game page, and send me an e-mail with your logs. Have fun!


at 6:20 PM
Email ThisBlogThis!Share to TwitterShare to FacebookShare to Pinterest