Darner's Digest, vol. 2: Why I made two new Yarn tools

Last time, I talked about some Yarn community news. As I've written before, I've become a sort of community booster for Yarn and Yarn Spinner because I want to see it become a standard in game narrative design -- I think it occupies a nice middle-ground between frameworks that try to do everything for you vs. coding a system yourself.

This time, I'm making the Yarn news myself. I've released two free open source Yarn / Unity tools for people to use, and I reckon they're darn good: 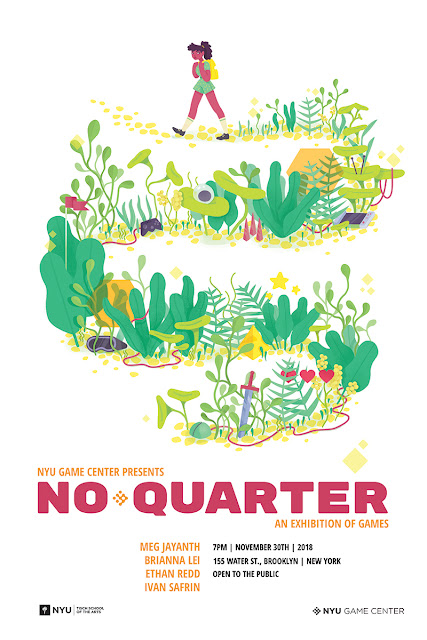 We've just announced No Quarter 2018, a games exhibition staged by me and the team at NYU Game Center, with a big fun one-night premiere exhibition for the games at DUMBO Loft in Brooklyn, NY on November 30th (Friday, the week after Thanksgiving). The loft is a big warm space next to the Manhattan Bridge plaza; we ran No Quarter 2015 there and I loved it, so I'm jazzed to return to it for my fourth and final year in my term as curator.

This year, we're commissioning new work from: Meg Jayanth, Ethan Redd, Brianna Lei, and Ivan Safrin. All these folks have proven themselves as experienced artists and designers, and we're excited to fund a platform for more of their work.

Here's a short little curator's note I wrote for this year:


The 9th No Quarter Exhibition marks the end of my four year term as curator. During my tenure, I wanted to explore what “public games” means — games designed to be played and witnessed in the public sphere. But with the rise of game streaming and let’s plays in game culture, perhaps any game can be made into a public game. Maybe “public” is more like a verb.

So this year I’m prompting the artists with something more specific: to make a “mural game.” Murals are traditionally large format paintings, painted by more than one person, aspiring to represent collective ideas and values — and I think the mural is an excellent tool for thinking about how to “public” a game.

For more info about No Quarter check out our event website, including artist bios for this year as well as info / archives on past years. RSVPs will open a few weeks before the event, probably in late October. Until then, you're encouraged to subscribe to the weekly NYU Game Center newsletter so you get first dibs.

Hopefully see you all there! (PS: hotels and airfare in NYC are a bit cheaper around that time of year too, just sayin'...)

Grinding as repetition as savefiles as insistence 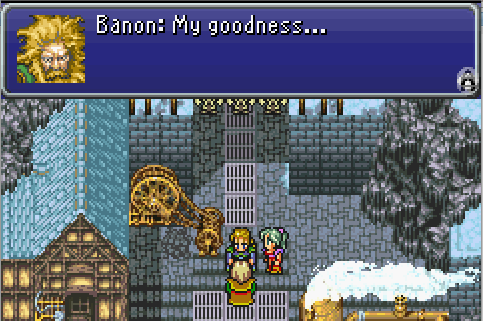 In "Portraits and Repetition", Gertrude Stein argues that repetition is better understood as "insistence":


"... there can be no repetition because the essence of that expression is insistence, and if you insist you must each time use emphasis and if you use emphasis it is not possible while anybody is alive that they should use exactly the same emphasis." (PDF)

This rings true to me for basically any activity. Woodworking, cooking, dancing, guitar-playing, painting, writing, welding, negotiating, swimming, typing -- everything requires practice, and in practicing, we insist on the continued value of that activity each time. We can never repeat any performance or action exactly, by virtue of memory and time. Each repetition always means something slightly different, and changes the meaning of all the repetitions before it.

Game design theory formalizes this repetition as a "core gameplay loop" or "mechanic" or whatever, but let's keep following Stein's insistence on insistence for a minute:

read more »
at 11:55 AM
Email ThisBlogThis!Share to TwitterShare to FacebookShare to Pinterest

As I've mentioned before, I'm going to be visiting (Melbourne) Australia in a few days as part of the Artworld Videogames event series. Here's are the finalized dates in my event schedule, hope to see some folks for at least some of them:
I hear that Melbourne's been really cold and rainy lately. Can't wait!!
at 8:53 PM
Email ThisBlogThis!Share to TwitterShare to FacebookShare to Pinterest

My gay Australian football game "Ruck Me" and its inspirations

I'll be premiering a new game "Ruck Me" on Thursday, August 9th at 6 PM at Bar SK. As per usual, I'll eventually publish a more thorough artist statement that spoils the game's systems and imagery, but for now I'd like to talk about its general themes and inspirations.

Ruck Me is a game installation specially made for Bar SK in Melbourne, Australia for the Artworld Videogames event series. Because it's designed specially for this installation, Ruck Me will never be made available for download (because it simply wouldn't work without the right setup)... so if you want to play it then I guess you better go visit Bar SK!

For this commission, I wanted to do something site-specific that accounts for the local Smith Street / Collingwood neighborhood around Bar SK, while also stepping out of my comfort zone and trying something new.

To that end, I've made a homoerotic Aussie rules football league (AFL) game which makes heavy use of video footage starring the local Collingwood club, to be played using a custom-made blow-up doll alt-controller by Louis Roots (designer and Bar SK proprietor).

read more »
at 1:27 PM
Email ThisBlogThis!Share to TwitterShare to FacebookShare to Pinterest