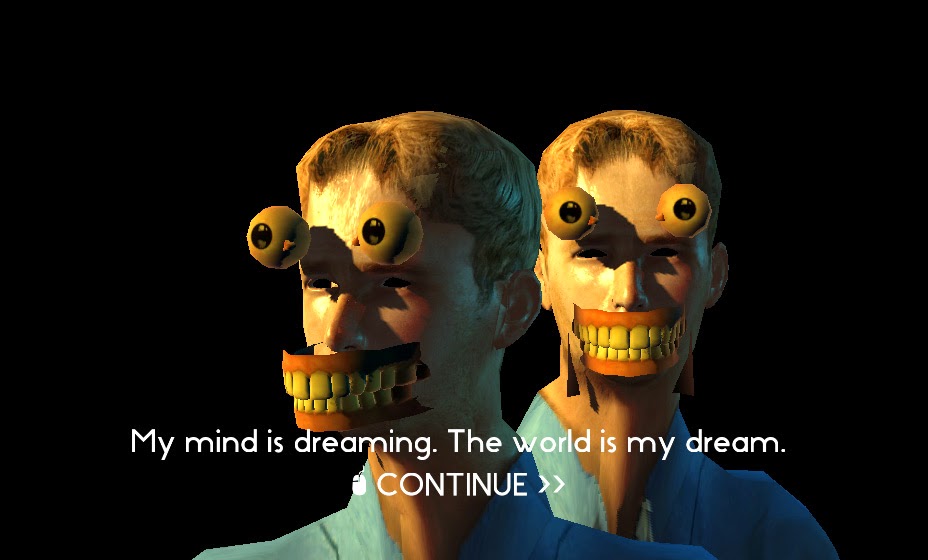 These are some notes about my process / intent in making my game Intimate, Infinite. Spoiler warning is in effect for this game as well as the 1941 Borges short story that inspired it. This post assumes you've read the story already.

The first time I read the Garden of Forking Paths, it was in a freshman college seminar about literature and games. It was presented as a revolutionary text that predicted early 1990s hypertext literature and branching narratives... but by the time I read it in the late 2000s, the revolution was over, the internet was domesticated, and clicking on a link was one of the most mundane things ever.

Turns out, a lot of theorists agreed. As early or late as 1999, hypertext was declared dead -- long live "cybertext"! Nick Montfort distinguishes between the two types mainly as a matter of computation: a hypertext is a "finite automaton" capable of simple searches, while a cybertext is more like a recursive Turing machine that can compute anything computable. It's the difference between a calculator vs. a laptop. (This isn't to say hypertexts are bad; Twine has revived hypertext in a new age of Javascript and web design, making hypertext more relevant than ever. But it is relevant because of new authorship and new contexts, and not because it is a frontier of computing.)

read more »
at 1:44 PM
Email ThisBlogThis!Share to TwitterShare to FacebookShare to Pinterest

I've finished a 3+ month project called "Intimate, Infinite." It is available at a Pay What You Want price with a $0 minimum -- if you got something out of playing it / want to support future work, please consider buying me a beer or something.

It was originally made for the "Series" pageant at makega.me, but I ended up being a couple months late. Better late than never? Anyway, it is heavily inspired by Jorge Luis Borges' short story "Garden of Forking Paths" and it is somewhat experimental in nature, so I'd advise players to be, um... patient.

at 7:07 PM
Email ThisBlogThis!Share to TwitterShare to FacebookShare to Pinterest

"I'm young and I love to be young": on ZZT, by Anna Anthropy 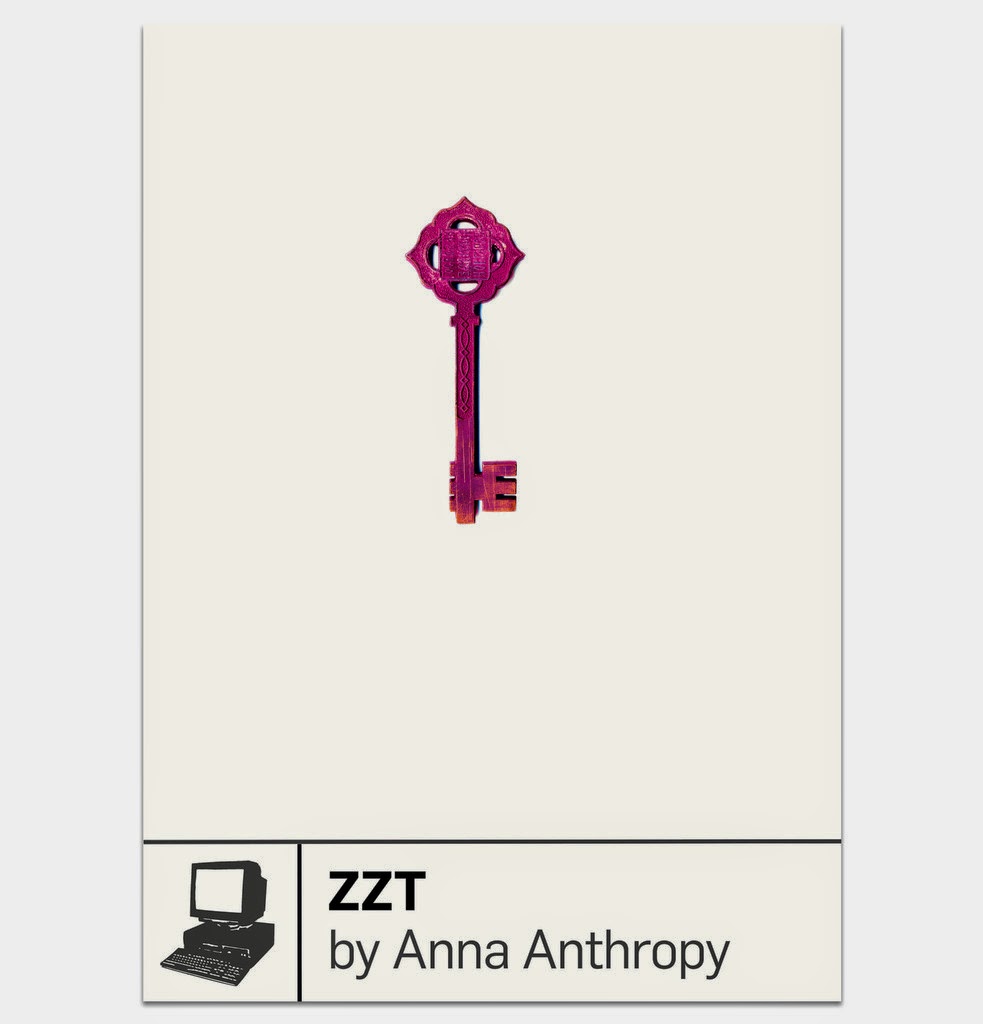 Anna Anthropy's book "ZZT" is impressive. In only 129 pages, she gives a robust and accessible technical overview of the game ZZT, a nearly 23 year old text-only DOS game with a built-in game editor. She then explores how that engine design -- combined with nascent internet technologies like dial-up BBS boards, AOL archives, and IRC channels -- afforded several generations of a vibrant creator community. Her analysis effortlessly straddles computer science, design, art history, anthropology, and gender theory, all wrapped in a personal story of her childhood. It is a very easy, enjoyable, and insightful read.

read more »
at 11:45 AM
Email ThisBlogThis!Share to TwitterShare to FacebookShare to Pinterest

On video game corridors in "Elements of Architecture" 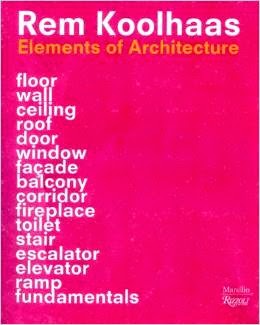 I wrote about video game corridors for the huge expensive hardcover 1000+ page Rem Koolhaas book-set "Elements of Architecture" -- it's part of an entire book about corridors, alongside books about doors, walls, etc.

The bit that I've read has a pretty contemporary approach to things, talking about film geography and nationalism in the same breath as my lonely page that touches on the technical / level design aspects of corridors.

at 11:29 AM
Email ThisBlogThis!Share to TwitterShare to FacebookShare to Pinterest