"Succulent" technical overview / behind the scenes

This is a high level discussion of how I achieved certain effects in Succulent using Unity. It spoils the game, so I recommend you play it and/or read my artist's statement.

To the game engine, the popsicle (or "ice lolly" or corn dog) in Succulent is the main director for the entire scene. It is essentially a psychic telekinetic popsicle that dictates music playback, effects, and character animations... The popsicle is god. Love the popsicle.

To many developers, the most obvious straightforward way to achieve this popsicle-sucking interaction would've been to create a hand / arm controller, and then parent the popsicle to the dude's hand. But this "direct" way would've been the wrong way; this game is about popsicles, not about hands. Tuning the hand and arm movements necessary to pilot it into his mouth -- it would've been painful and unnecessary. (This is why it's important to have a fairly solid concept before you start coding something. The concept and design will affect how you code it!)


A post called Minimum Sustainable Success by Dan Cook has been doing the rounds on Twitter recently and so I read it because people were saying it was good. And it is pretty good, especially if you’re a bit games+money minded – as I am not. It’s a hard look at how you might address and perhaps even mitigate some of the enormous risks and problems involved in getting into the making-a-living end of our beloved videogames.

In there, Dan brings up the “supportive spouse or family” category of game developers and points out that people don’t often “admit” to being in this one, with the idea being that it’s a bit embarrassing, and that it should be talked about more to add perspective to this crazy thing called “how the hell am I supposed to make the games I love and also live at the same time?”

Fortunately I have no shame, and so I’m writing this to represent one data point of the “supportive spouse” crew. Are we legion? I don’t know. I’m definitely one of us, anyway. Hi, here’s my life story (of privilege).

Like Pippin, I have a very supportive and awesome spouse. His name is Eddie.

In addition to currently making more money than I could ever hope to make as a part-time adjunct academic, he is a better Unity programmer than me and taught me a lot of what I know today. He also has really good design instincts; he had the idea to make the cooldown in Hurt Me Plenty go into several weeks, and he also picked-out the music used in Stick Shift. And right now, I'm making him write the server code for my upcoming dick pic game because I don't feel like doing it. (LOL.)

read more »
at 1:41 PM
Email ThisBlogThis!Share to TwitterShare to FacebookShare to Pinterest 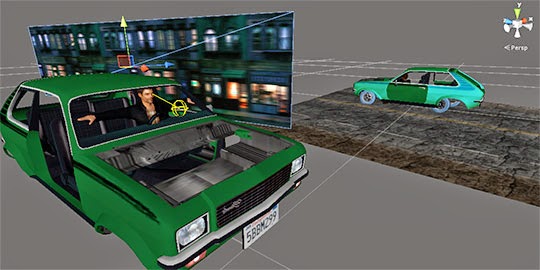 This is a high level discussion of how I achieved certain effects in Stick Shift. It spoils the game, so I recommend you play it and/or read my artist's statement.

The "car" in Stick Shift is actually (a) two different cars, one for each camera, and (b) neither car actually moves, ever.

When you want to create an illusion of motion, or at least have something read as motion, then you generally have two options in games: move the object around the world, or move the world around the object. Because I wanted to focus on the gestures in the drivers seat, it didn't make sense to actually simulate a road. A scrolling panoramic image of a city street, blurred and stretched horizontally, would give enough of an impression of motion.

read more »
at 6:54 PM
Email ThisBlogThis!Share to TwitterShare to FacebookShare to Pinterest 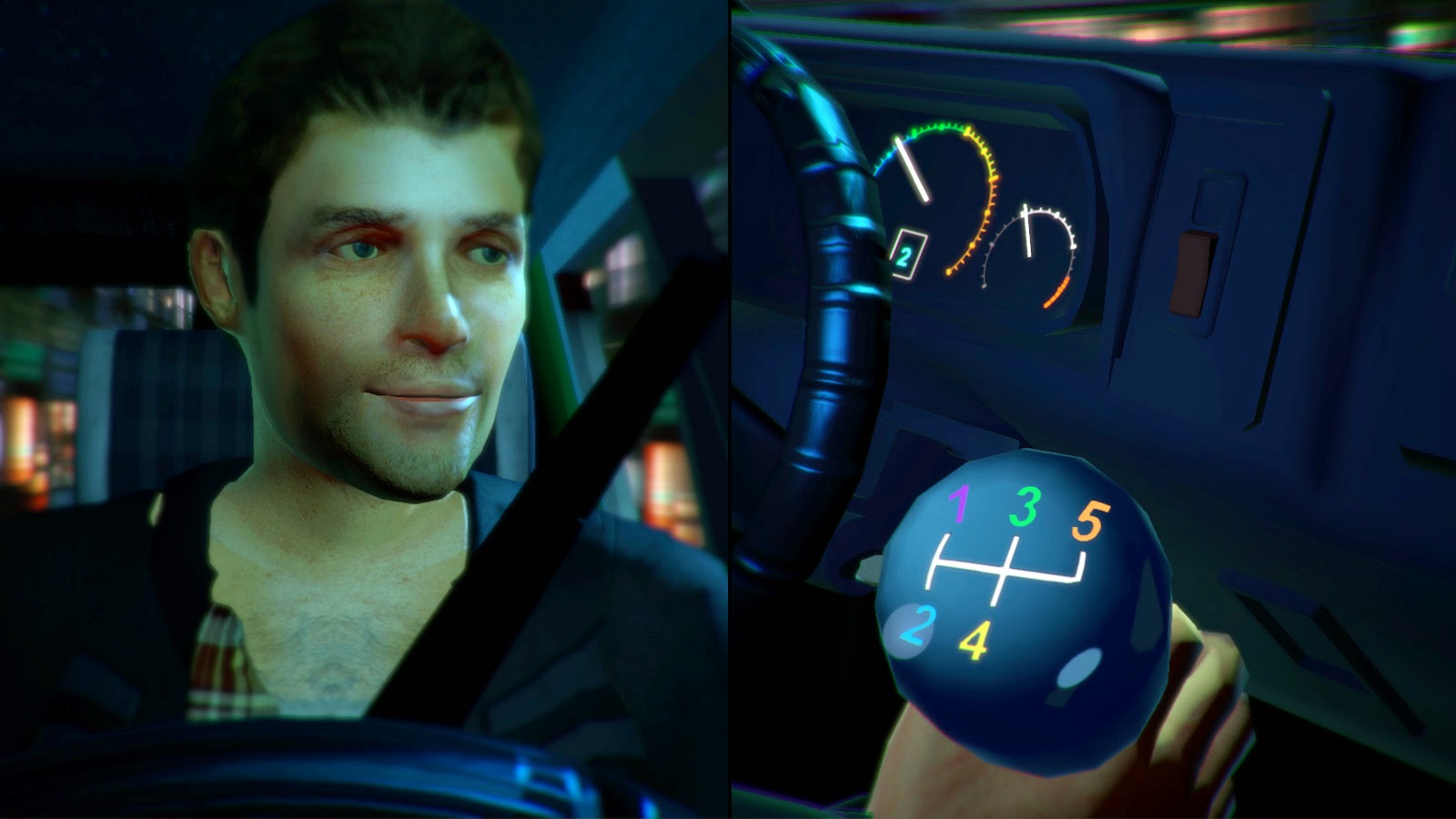 This is a post detailing my process and intent in making Stick Shift. It has SPOILERS; if you care about that kind of thing, then you should probably play the game first.

Over the past two months, the game has changed quite a bit. Originally, I started from Paolo Pedercini's suggestion to riff off Andy Warhol's film Blow Job (1964).