Using screen-buffer masks in Unity Pro for a fog of war effect. 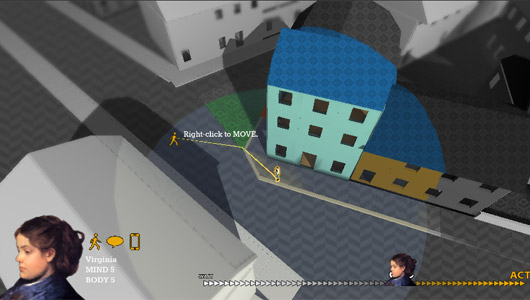 As I prototyped Convo, it became clear that I would need some sort of fog of war / sight radius visualization. Depth masks weren't very good for this because of the uneven terrain, and the other fog of war solutions I found involved a tile system (nah), or a vertex alpha plane (eww), or some other pretty convoluted thing. Lame. So I did a bunch of research and figured out my own technique... best of all, this visualization uses no script code at all, it's just shaders and geometry.

Also, you don't have to use this for fog of war. You can use it anytime you need to mask-off certain bits of the camera view on a per-object, per-triangle, or per-pixel basis. Like, maybe you'd want some stuff to glow red?...

The gist: (you will need Unity Pro since this uses render textures)
1) A camera's render texture is in RGBA format. You can technically do whatever you want with the alpha channel; most of Unity's built-in shaders use it to mask out alpha textures for various image effects.
2) If we use a shader that writes only to that alpha, we can use it to mask objects or pixels.
3) Then, we edit the image effect shader to modulate an effect with the alpha channel values.

If you need some more details and shader code, read on... 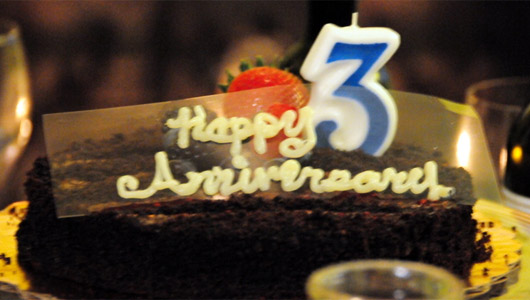 Wow, I've been blogging here for about 3 years now. This blog is now approaching the end of its toddler years. Much like last year, and the year before, here's a "greatest hits" compilation of this past year's posts:

(Oh, and feel free to have some cake. Forks and plates are over there, on the table.)

Desperate Gods, by Wolfire Games, is a virtual board game made for Fuck This Jam; you have a bunch of virtually simulated tokens and cards, but you must process and execute the game rules yourself. You can easily cheat, but then what's the point?

DG is not the first game or toolset to do this, although it's certainly the most polished and nicest looking so far. LackeyCCG, for instance, gives you a deck builder, a table, some tools for keeping track of state, then walks away and lets you get to it. The rationale, from their FAQ:


Q: Does LackeyCCG force people to follow a CCG's rules? Will it allow me to do something that isn't legal?
A: LackeyCCG does not implement rules forcing. I have tried other methods of playing CCGs online and I have found that forcing rules adherence just serves to bog down the game and makes it much less fun to play. Lackey allows you to simplify your turn when not much interesting is happen (so you can get to the more fun parts of a game faster). LackeyCCG will allow you to do anything you could do if you were playing with real cards. It also allows for a more formal adherence to the rules if you want to play that way, but it doesn't force any particular play style.

read more »
at 12:51 PM
Email ThisBlogThis!Share to TwitterShare to FacebookShare to Pinterest

On why Convo is now a WW2 spy romance, and the myth of psychological realism in fiction. 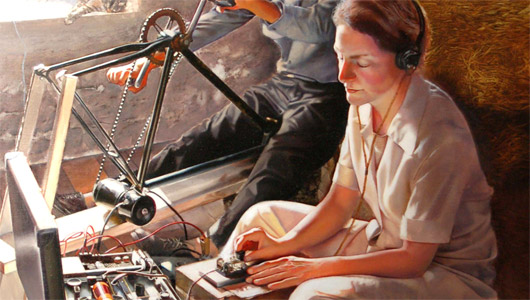 To make some sort of procedural "anything", you have to have an idea of what the building blocks of that "anything" are, or at least what you'll argue they are -- and then either frame your game in those terms or expressly simulate those terms. So if Convo is a game about narrative instead of people, then what's a unit of narrative?

I think if you ask the vast majority of career game developers out there (or anyone, really) what they're worried about -- it's probably money.

It's industry developers without any job security or a job, where shipping a title means the publisher will force layoffs to improve their quarterly financials. It's the average indies who glare at their monthly 3 figure check from their meager sales, assuming it's even that much, and wonder what that'll buy after rent.

Briscoe had to sacrifice a lot and felt poised to fail throughout the entire process, even though everyone was telling him that Dear Esther was going to do well. Given popular depictions of game development, it seems success comes to those who risk everything to the point of emotional breakdown.

Can we, in good conscience, recommend careers in game development (AAA or indie) to the uninitiated when our passions often lead to the verge of self-destruction? I guess you never hear about the developers with stable lives, happy families, and financial security -- their lives aren't stories -- but isn't it scary to think that passion can easily lead to hell instead of the good life?

Dishonored's narrative design: how The Heart lies to you. 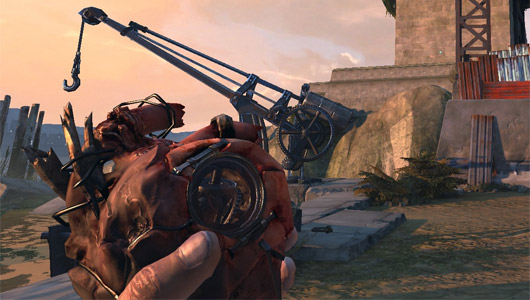 (UPDATE: this interview at RPS with Arkane devs confirms that not only was I right, but that it was also a very conscious decision on their part to make it do that, wow.)

Dishonored does a lot of things with game narrative (abstract dream levels, scripted body awareness, lots of readables, overheard conversations, scripted sequences, branching missions changing based on player decisions) which fit neatly into the existing immersive sim / first person toolbox that we're used to. It's well-done, but it's not particularly new or anything.

The Heart is something slightly different, though, and I found it surprisingly subtle and ironic.

Level design / character SPOILERS (but no plot SPOILERS) below:

read more »
at 3:52 PM
Email ThisBlogThis!Share to TwitterShare to FacebookShare to Pinterest