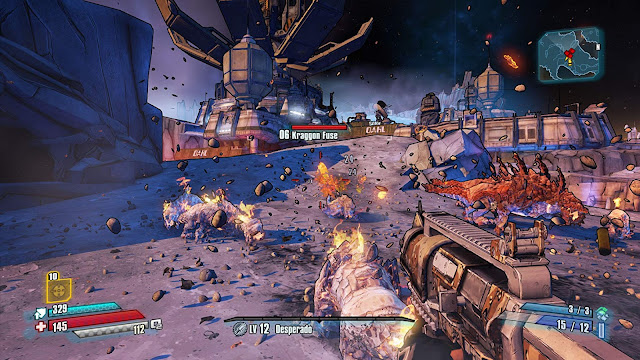 You run around and shoot monsters, they sometimes drop procedurally generated guns, and you sell most of those trash guns to get useless money, and you gradually get slightly better guns with slightly different effects. It works OK, but it still hasn't aged very well. The Borderlands series' long-time reliance on many small modifiers and +1.2% bonuses feels even more desperate in 2019, especially when we live in a golden age of indie deckbuilder games where the numbers actually matter.

read more »
at 12:38 PM
Email ThisBlogThis!Share to TwitterShare to FacebookShare to Pinterest