Over Games?... or Over Tale of Tales?

Timeline, for your convenience:

1) Tale of Tales gives a presentation at the "Art History of Games" conference in February... people kind of care but also not, because Sleep is Death is dominating the news cycle instead.

2) Everyone plays Sleep is Death for a little while... and now no one is. It was cool while it lasted. Next!

3) ToT publish a full web version of their talk, "Over Games," formatted all nicely with pictures and inflammatory poststructuralist language. People link to it a while ago. Someone links to it again, more recently.

5) No one looks at ToT's more recent talk from June, "Let's Make Art With Games!" that's much more productive, inclusive and kind of back pedals on some of the crazier things they said in the earlier presentation.

Edit: 6) ToT and Cactus kiss and make-up. ToT says they were being inflammatory on purpose or something, for a museum audience! It's our fault for assuming that they meant what they said!... even though this is, like, the tenth time they've said stuff like this.

(bento_smile, who makes some delightful notgames-ish games, sums it up well: "It just struck me, that the impression notgames gives is one of reducing the scope of games, rather than broadening it.")

I agree, it sounds like a really counter-intuitive design philosophy.

read more »
at 11:26 AM
Email ThisBlogThis!Share to TwitterShare to FacebookShare to Pinterest

Handle with Care: the novelization

So here's what happened: First I wrote a short story. Then I turned it into an HL2 mod.

And now a kind fellow has written a short story based on my mod. (Read his other posts too; because us unread, low-traffic blogs have to stick together!) 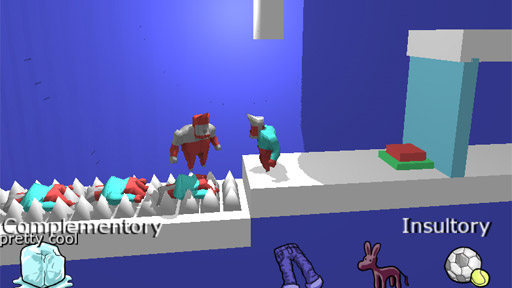 Start rumors. Say people said things that they didn't. Use their corpses as platforms. This is what a "Mean Girls" game should've been.

Fib is a pretty cool ass pants twist on the "manipulate NPCs" sub-genre of platformers, the theme for Ludum Dare 18. Ideas like this are especially great because they're (a) simple, (b) intuitive, (c) funny, (d) only work in platformers. I don't think this type of thing would work too well in an FPS setting without a lot of changes.

at 2:06 AM
Email ThisBlogThis!Share to TwitterShare to FacebookShare to Pinterest

No updates this week. I'm kind of dying from apartment hunting in New York City. Nothing big. Just a little bit of dying.

(obligatory and desperate plug: if you or someone you know in Queens / Brooklyn / Manhattan needs a roommate, e-mail me details or whatever at campaignjunkie {aaaaatttt!} gee-mail, thanks. I can pay my bills and I'm house-trained.)

at 11:10 PM
Email ThisBlogThis!Share to TwitterShare to FacebookShare to Pinterest

The First Person Ruin and the Death of the Level Designer 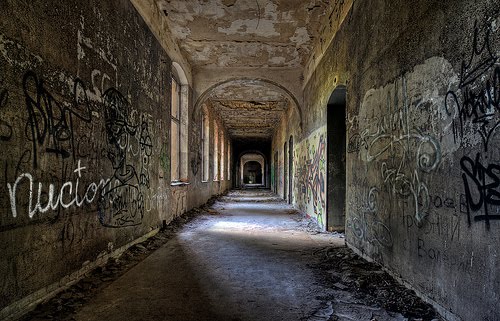 You should read Triple Canopy if you aren't already, or at least this one article that has special relevance to video games: "The Anatomy of Ruins," analyzing our relationship to ruins and what that means.

In video games, that usually means romanticizing them in some way, making them oddly beautiful or otherwise visually arresting. It makes sense, after all, seeing as the vast majority of FPS games are about destruction and the spectacle of the remains. And, well, guns and explosions and things that go boom.

Some games (World War II-themed games, Fallout 3) are content to use ruins to demonstrate some mundane truism like, "look at all the destruction that war has wrought -- look at all these empty houses! Man, war sucks and displaces innocent civilians, even if you do believe in a theory of just war!" Indeed, war can be pretty bad.

The Halo series and the Elder Scrolls: Oblivion treats the ruin as a mysterious "other," the result of an alien civilization that had strange uses for these ruins, uses that we struggle to comprehend. 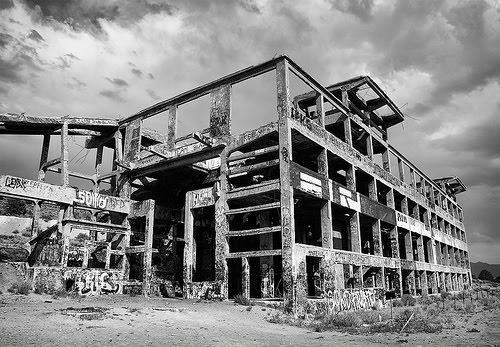 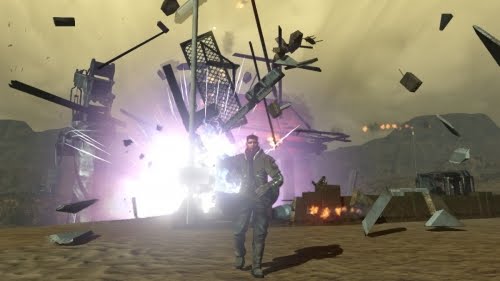 Other games celebrate the ruin as a reflection of player agency: the Red Faction series and the Battlefield: Bad Company series come to mind. In it, the player actively creates the ruins. Red Faction celebrates it as revolution, Bad Company treats it like good ol' fun.

Half-Life 2 manages the feat of accomplishing both... sort of: you begin in the derelict remnants of an Eastern European city. The structures are intact, but the social fabric of civilization is in ruins and disrepair. Then, when you return later and the city is in ruins -- specifically a setpiece where fellow rebels tear down a Combine screen in the plaza amid cheers and applause -- it is both liberation from the old world / the oppressive new world order.

Introduction to Starcraft and Heidegger (Part 2) 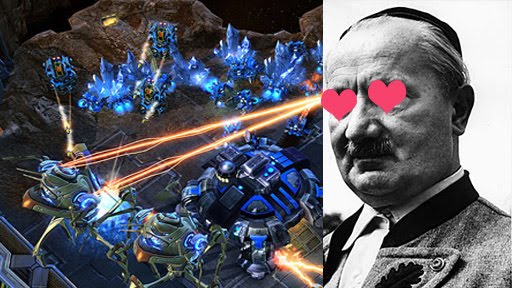 (This is a two-part essay on Starcraft II and its relation to Heidegger's writing using Sirlin's excellent write-ups, for relative novices who don't play Starcraft multiplayer.)

Last time...
So, first, since Heidegger's all about these raw resources -- what are the raw resources of Starcraft? Minerals, gas and time? Maybe even "map territory" I guess? 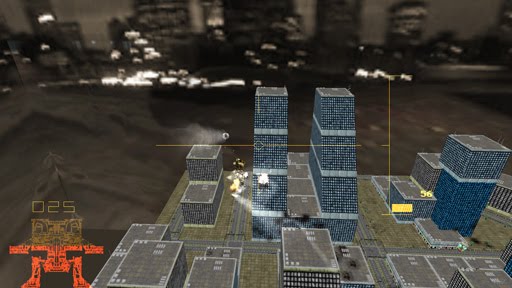 In the process of writing about Brendon Chung's work, I've been playing through a bunch of his old Half-Life 1 mods that inspired me so greatly, six years ago... And one in particular stuck out in my mind, and it proved extremely difficult to find. But I found it.

Through clever map scaling tricks, you're now a 9-story tall walking behemoth armed with gauss cannons, missile launchers and jump jets. (i.e. you walk extra slow, you have the Gauss Gun and a weird hacked RPG launcher permanently selected, and you can jump extra high -- nothing especially new, but strapped together with duct tape through sheer force of will? A transcendent example of how to hack things together as a modder and avoid trapping yourself.)

read more »
at 7:30 AM
Email ThisBlogThis!Share to TwitterShare to FacebookShare to Pinterest

Sonic XL is an amazing Sonic ROM hack where collecting (onion) rings actually makes Sonic fatter, until you're so slow and fat that you can't even run fast enough through a loop. Rings become something dangerous and scary, but still vitally important to ensure your survival. It sure makes Sonic a helluva lot more methodical.

In many ways, Sonic was a really good choice for this hack. What if the same was applied to Mario, a much slower platformer about collection? It's not the same -- the loss in speed, a portly plumber merely getting fatter -- the effect would've been lost, I think.

read more »
at 12:09 AM
Email ThisBlogThis!Share to TwitterShare to FacebookShare to Pinterest 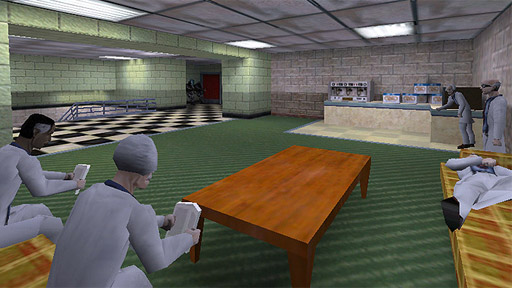 "The secret to creativity is knowing how to hide your sources," said... someone... supposedly. That's how I feel about Brendon Chung -- I've stolen so much from him and I've worked hard to conceal it's from him.

Or didn't Picasso say something about how "good artists copy, great artists steal" or something to that effect? It's like Johnny Cash stealing "Hurt" from Nine Inch Nails or Jimi Hendrix stealing "All Along the Watchtower" from Bob Dylan. I'm going to make these methods mine.

First, like Adam, he had a pre-Half-Life 1 career making some Quake 2 levels or something. Whatever.

... Anyway, his first effort with HL1 was the obscure "1986," which Brendon doesn't even link to on his website. I almost forgot it ever existed, but I realize now it's pretty important to me for one crucial setpiece: (spoiler alert)