A progress report on "small" projects:

"Intimate, Infinite" is 80% done, and it's for the Series pageant at makega.me. It will be done soon. I've kinda surprised myself with how much I'm putting into it, so I think I'll sell it for pay-what-you-want.

"Vaquero" is about 50% done, and it's for the Space Cowboy Game Jam. It will probably be done soon.

"Peon" is about 50% done, and it'll be a larger project for most of June, alongside prepping Nostrum for exhibition at GaymerX2.
at 5:54 PM
Email ThisBlogThis!Share to TwitterShare to FacebookShare to Pinterest

Notes on discontinuity and interiors in open world games

An "open world" is a marketing tool / level design structure where the game world is gradually loaded or "streamed" as you explore it, so that it seems like one large long continuous level. In many respects, this continuity is an illusion; the game developers built the world in chunks and the game engine thinks of the world as chunks, but players experience the chunks as they're stitched together. It's an immersionist fantasy -- of no loading screens or progress bars, of seamless transitions between worlds.

But as I mindlessly mashed the [E] button on my keyboard for the 30th time to enter a different level in Thief 4, I realized that (a) this is a really bad attempt at hiding load screens, and (b) I tolerated the (brief but just as frequent) loading screens in Skyrim much better because those are honest about what they're doing. A loading screen unambiguously signals discontinuity to the player, a break between parts of the world. An open world overworld can only exist if there's an underworld beneath it, and I argue that it's okay (or better) if you clearly mark the borders because it's okay if we stop interacting with a game for a second.

When do open worlds choose to be discontinuous with a menu, loading screen, or lobby? When does one wait to "enter" an interior, to voluntarily break the flow of play?

read more »
at 6:25 PM
Email ThisBlogThis!Share to TwitterShare to FacebookShare to Pinterest 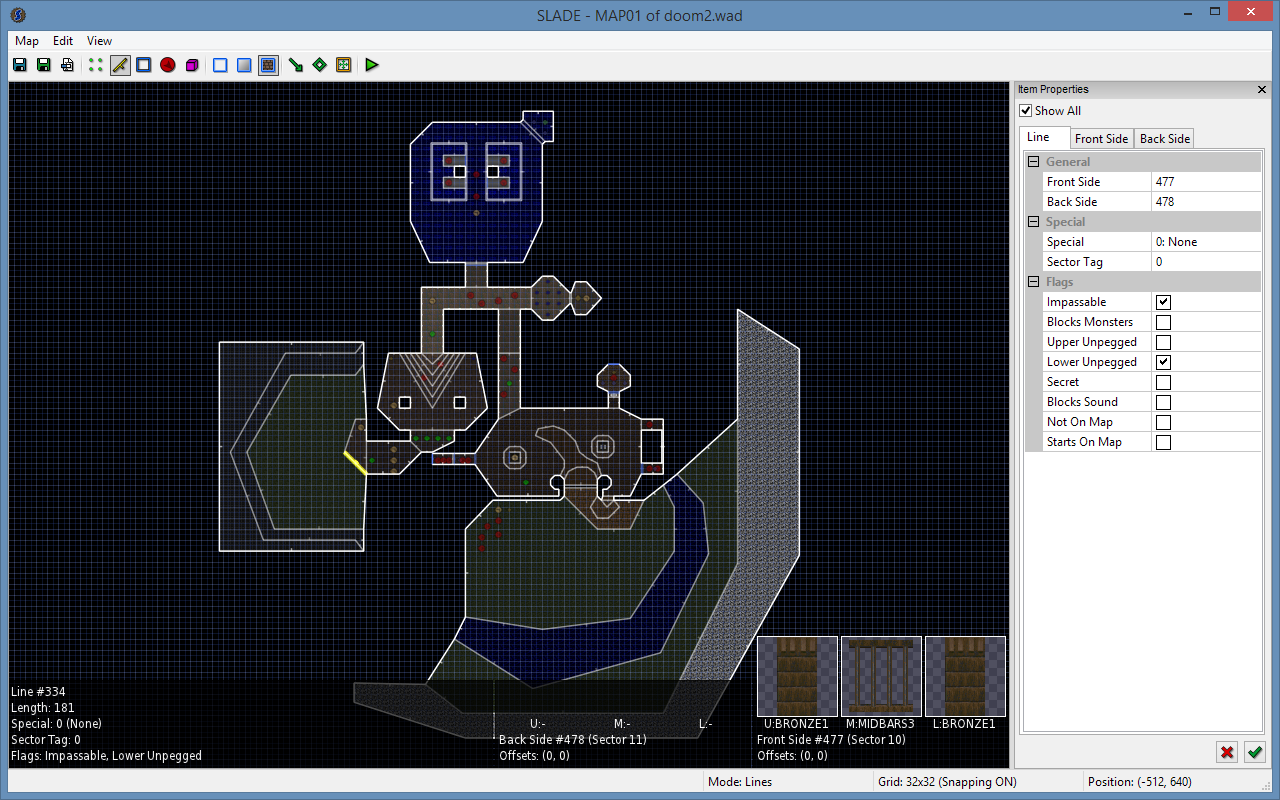 ... but it needs help. It needs some Doom-style character sprites, some Doom-style environment textures / decoration sprites, and a lot of audio design. Pitch in and help build free indie game tools!

It was kind of fun to work at low resolution without having to worry about shaders or 3D meshes or UVs or whatever. I recommend it.

"We make game, do you make game? MakeGame is a place for you to show some similar-minded folk what you're working on. Get feedback, discuss design problems, share inspirations. Every couple months we host a pageant. A month-long 'slow-jam' where we all make games to explore a chosen theme. Welcome!"

MakeGa.me is a new game development forum from the ashes of the former Super Friendship Club. A lot of the original guiding principles remain: to learn from each other and help each other make great work. To help motivate each other, there are monthly "game pageants" -- a game jam-like that de-emphasizes winning or losing. Ian Snyder's organizing the first one, focusing on the idea of a "series"...


"Instructions: Make a two or more small games all revolving around one central theme or idea that when taken together form one cohesive whole. Make the games good. For examples of this in other media, you might look to Thirty-Six Views of Mt. Fuji36 or Thirteen Ways of Looking at a Blackbird30 or [if you have other examples or items of inspiration, reply below!]

Starts on May 1st, finishes on May 31st. You're welcome to enter any media you prefer, games or not. Disobey any instructions, or follow them rigorously. If you haven't made games before, and aren't sure where to start on the technical side of things, just ask : there're plenty of people here who can give guidance."

Full briefing is here. Looking forward to seeing you all over at MakeGa.me!
at 8:29 PM
Email ThisBlogThis!Share to TwitterShare to FacebookShare to Pinterest