The golden age of urinals

This is work in progress on a new project branching off an existing project... it's probably a game about cruising. I wanted the bathroom to feel old, so I did some research on old vintage public bathrooms -- and the Hinsdale urinals are widely acknowledged to be the supreme "Cadillac of drop urinals" so here they are. The bathroom itself is inspired by the bathroom in Old Town Bar in Manhattan. 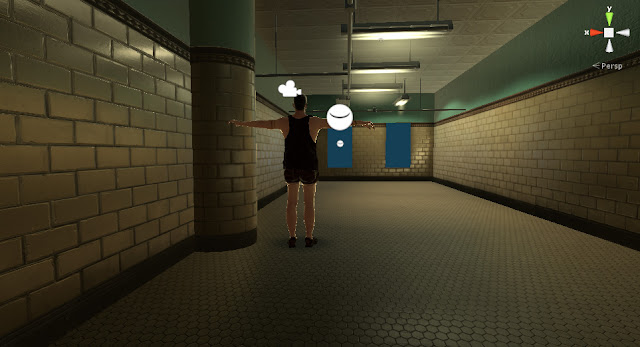 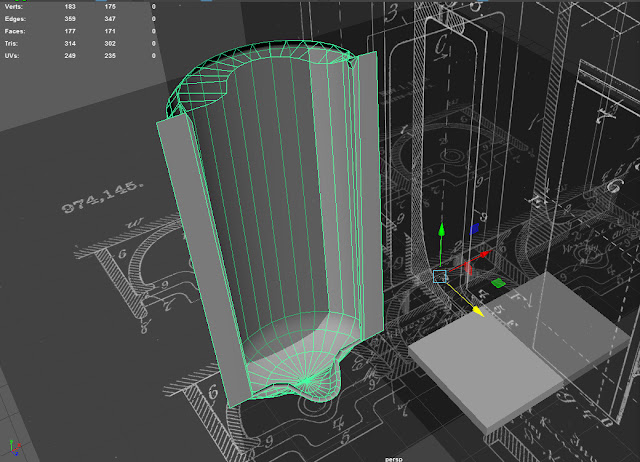 read more »
at 1:29 PM
Email ThisBlogThis!Share to TwitterShare to FacebookShare to Pinterest

No Stars, Only Constellations as slow magic (updated)

NOTE: This post details my process and intent with the game No Stars Only Constellations, and basically spoils the game. It is recommended that you play it first.

Astute players may notice that No Stars, Only Constellations is a semi-remake of a previous game bundled in Radiator 1, called Polaris. Much of the initial premise remains the same: the player character is reluctantly on some sort of date with some dude, who implicitly demands that you pay attention to his stargazing story. At the end, he basically leaves you.

The games also make similar points about stargazing: yes it's kinda romantic sometimes, but also, it's kinda bullshit. There's a certain fantasy of stargazing (and space) that, I think, almost never withstands any scrutiny. Maybe it's a metaphor for certain relationships?...

read more »
at 1:08 AM
Email ThisBlogThis!Share to TwitterShare to FacebookShare to Pinterest

This doesn't really have anything to do with games, directly, but: I want to talk briefly about a gay mens' magazine called BUTT.

I never realized before how BUTT was such an important influence to me, until a photographer asked me to pick out things from my apartment that informed my work -- so I picked out "Forever BUTT", a best-of compilation book. At first I thought about how funny it would be if the word "BUTT" was literally printed in the photo, but then I realized there was some truth to what BUTT meant to me.

Growing up, my early understanding of gay men consisted mostly of hiding random gay crypto-porn, talking with my mom's fitness instructor, and wondering about Tigger from Winnie The Pooh. I knew abstractly about AIDS, hate crimes, gay bars, musical theater, and mid-century modern art, but I didn't really connect any of those things to my life. All I knew was that I wish Zangief played more like Chun-Li.

And then one fateful day, while walking into an American Apparel store without any intent to ever buy anything, I saw the cover of BUTT issue #18 on the shelf -- a casual portrait of a smirking burly bearded dude printed on milky fuchsia-pink paper. He wasn't a glossy supermodel with perfect cheekbones, he was just some random cute guy somewhere, and so he deserved to be on the cover. It all seemed clearly gay, yet also didn't really fit my young idea of gayness at all.

read more »
at 4:20 PM
Email ThisBlogThis!Share to TwitterShare to FacebookShare to Pinterest