Now that summer vacation is here and I don't have to teach, I now have a lot more time to put into some projects. Here's one of the new ones I'm doing for the summer:

"Moses" (tentative title) is a collaboration between me and Eddie Cameron for the Power Broker game design challenge. It's kind of like 80 Days plus SimCity / Cities In Motion -- you are famous urban planner Robert Moses and you have to drive around New York City and visit various locations around the map, but to make commuting easier, you can also build public works projects like highways, bridges, public housing, a UN building or two, etc. which all interacts with the traffic simulation and public approval. Maybe there will be little narrative vignettes and conversations along the way too.

Eddie has been doing all the complicated math simulation stuff, while I've been writing a lot of the basic game code and UI. We're still basically in the early prototyping stages, trying to figure out a lot of the game as we go along. Here's some of our thinking...

Robert Moses, at the height of his power, was highly respected as an authority on urban planning. From 1930-1960, much of the US really did believe the ideal future would involve everyone owning their own car and living in suburban Long Island and commuting into the city for work. Moses designed some of the first multi-lane expressways / consulted regularly for huge highway projects around the US.

The weird thing is that Moses never really drove himself. He belonged to a moneyed class and grew up chauffeured around in an expensive limousine. This privileged class didn't drive, but rather they were driven. Driving was largely an abstraction to him, from his daily life to his urban planning strategies. He never had to deal first-hand with finding parking, navigating complex networks of one-way roads, or evading collisions with other drivers -- the first-person raw phenomenological experience of driving.

In that vein, we want to abstract the act of driving to a second-person macro-level waiting game, a strategic expenditure of resources, because that probably best reflects Moses' mindset. 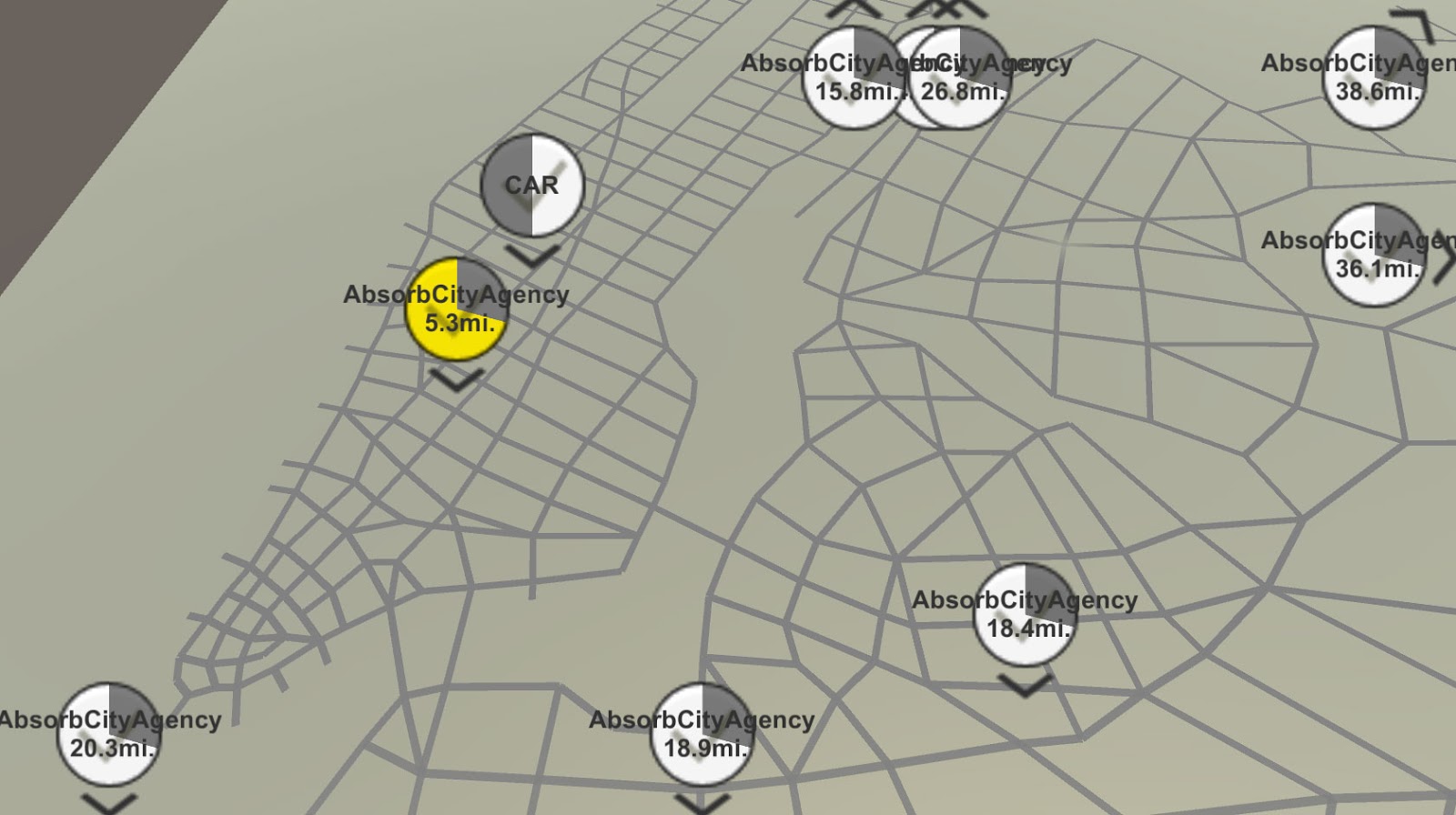 And if you understand that mindset, then maybe you can also understand wanting to build a highway plowing through Central Park, or bulldozing the weird mess that is Greenwich Village. You can also understand centralizing numerous city agencies under one authority. It's more efficient! Moses knew how to manipulate government funding systems and infrastructure better than anyone.

Unfortunately, those were systems with clearly defined rules, and people don't really work like that. Starting in the 1950s, he started making more and more miscalculations about how people would react to his proposals.

Moses tried to bulldoze a beloved Central Park playground to put in a parking lot, and his 1964 World's Fair was a massive embarrassing failure. The writer Jane Jacobs argued convincingly that cities need distinctive neighborhoods with "eyes on the street" to nurture a middle class, shaping much of the foundation for theories of "New Urbanism". With the general public as well as the intelligentsia turning against Moses, city officials and rich New York City families like the Rockefellers were able to push him out of power.

These days, there's more than a bit of nostalgia for the days of Robert Moses. (Especially since his most prominent critic Jane Jacobs is now falling out of fashion, with critics blaming her theories for facilitating gentrification.)

Yes, he basically set back public transportation for decades and cursed the subway system to perpetual neglect, and yes many of his policies upheld systemic racism, and yes he quasi-legally centralized government authority so that he answered to no one, and yes he wanted to destroy unique neighborhoods that formed the very fabric of the city... but Moses was able to build dozens of bridges and expressways, hundreds of parks and pools, and thousands of units of public housing, as well as secure the Lincoln Center and the United Nations building.

What will be his legacy?

I think I want this game to end with water. The entire in-game city will biblically flood with water until there's nothing left, and then Moses will slowly float into the frame, drifting nowhere in particular.
at 1:02 PM
Email ThisBlogThis!Share to TwitterShare to FacebookShare to Pinterest