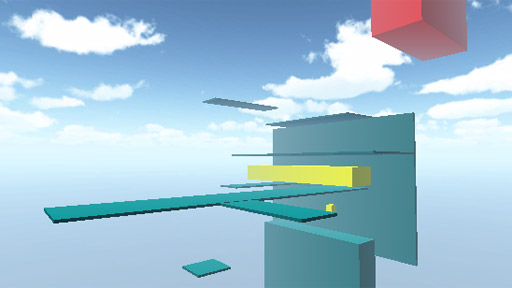 For my thesis, a group project with two fellow students, we're making a first person game. I'm pushing for some sort of first person VVVVVV game, which doesn't seem to have been done yet for some baffling reason (other than that fake video of VVVVVVX floating around!)

Or if it has been a real game, please tell me so I can steal level design ideas!... Doing a simple Mirrors Edge aesthetic for now because we're still in prototyping stages, but we'll probably border on some kind of realism because flat solids are too disorienting right now. 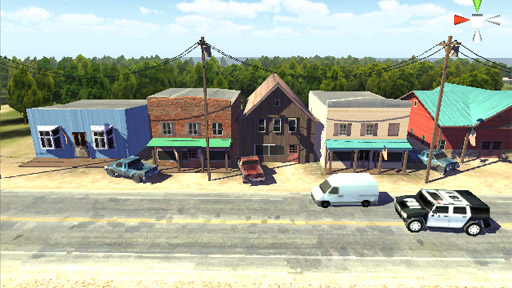 A game with Eddie Cameron for the Super Friendship Club's Mysticism pageant, a top-down-ish tycoon game where you manage a cult in the great American Midwest. Just don't let the FBI catch you! 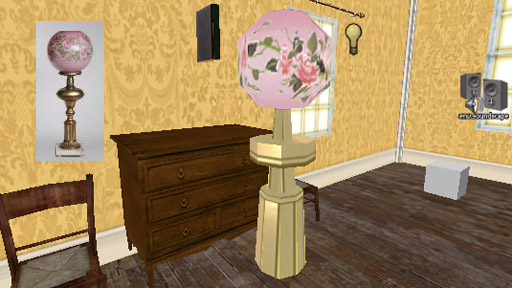 Modeling stuff for Radiator 1-3. This is Emily Dickinson's lamp, based on a photo from some Harvard online archives. Basically the idea is that all of Emily Dickinson's in-game possessions will be based on her actual stuff. My hope is that eventually an Emily Dickinson scholar plays it and freaks out a little.

Scrapping previous plan for PlanetPhillip's GravityGunVille compo (an Ico-inspired / Chirico / Barragan romp in some ruins) when I realized I had a map with no combat mechanics, and a non-map with combat mechanics, so why not combine the two? Resurrecting an old favorite of mine here. We'll see if I make the deadline.
at 10:29 PM
Email ThisBlogThis!Share to TwitterShare to FacebookShare to Pinterest