On the first person military manshooter and the shape of modern warfare.

I alluded to this during my RPS interview with industry veteran Magnar Jenssen -- how I went to "The Shape of War," a small panel hosted by Geoff Manaugh (BLDGBLOG) about "spaces and technologies of conflict" in the 21st century. This post is more of a detailed write-up about it, and how I think it applies to games.

The main message, coming from a war photographer and national security journalist, was a decidedly ethical message: Today, war is invisible and nearly impossible to photograph. And that is a dangerous thing.

So if you ever see a photo of a guy aiming a rifle, remind yourself -- that's not war.

Instead, they argued that war is an agonizingly slow, decade-long game of chess. War is the US spending billions to magically airdrop and sustain a city of 45,000 people in the middle of Nowhere, Afghanistan. War is a guard tower built next to a tennis court. War doesn't take place on a battlefield, but a "Battlespace" that encompasses every facet of modern life. War is an unmanned drone with 96 cameras, sending back footage for 200 intelligence analysts to dissect before going home to eat pancakes. War is a cheap internet router that may or may not have fed data to Chinese intelligence agencies (EDIT, March 2017: finally updated this link to not go to a weird conspiracy blog). 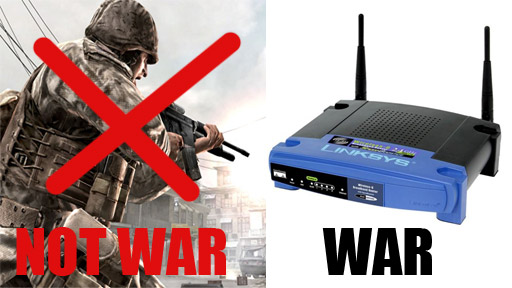 Now, by "war is invisible," the war photographer meant visually uninteresting and utterly unsexy, as the new Battlefield sequel will probably not have a router and a sewage infrastructure on the cover. What about the unheroic water tanks, unsung container yards, and unknown burn pits of military bases? The fuel, ammo, water, food, and how to move it and where to put it? Kandahar is one of the busiest airports in the world. Must the video game industry show and simulate war as it really is? (paperwork, logistics, uncertainty, sitting at a desk, guilt)

If it wants to be ethical, I argue yes.

The average player might recognize the glaring differences between these virtual depictions of war and real-life: an eerie lack of civilians in what's supposed to be a city, free-reign to fire your weapon without authorization, and a superhuman ability to sprint up stairs.

But the long con of these first person military manshooters is to tell you so many small unbelievable lies so you'll swallow the big ones: that it is possible to optimize a path to victory, that victory in war is even possible, that war involves soldiers and personal agency, and that war is fundamentally fair and just in the context of a balanced game system. (None of those things are true in Afghanistan.) By that measure, no AAA FPS currently depicts "modern warfare." The war they present, of roughly symmetrical forces meeting each other on battlefields in trenched combat, is an antique of World War II and the Korean War.

The danger is not someone going out to shoot a school or impulsively join the army; the danger is that these games are affecting how we think of war in a decidedly misguided way, and that pattern of thought affects popular support of real-life wars that actually kill people. 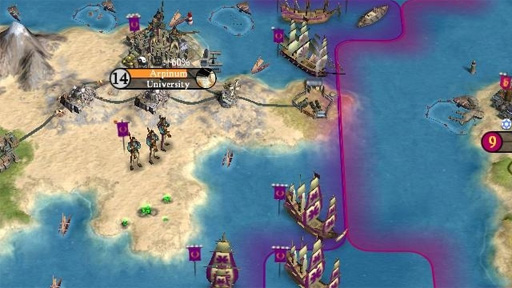 Civilization IV probably does the best job of depicting modern warfare as it exists today: in it, war is when you change your civic priorities, build more Jails, shift the economies in all your cities, and begin planning the logistics of transporting dozens (if not many more) of platoons across vast continents and oceans.

War is an agonizing process, a machine you must set in motion. Stacks of doom might not make for good gameplay, but they serve a very clear aesthetic purpose to make war very complicated. War weariness isn't just an integer, but it's the sheer mental anguish inflicted on your brain as you move your transport ships back and forth and back and forth as your newly acquired cities rebel against you and the Chinese start beating you in the space race and you need new supplies of rice.

In this sense, Civilization IV is a more ethical, honest piece of culture than anything in the first person military genre -- and reflects war as a huge diversion of resources made to hurt other people. (Whether those other people deserve to be hurt is another matter, and I guess you could say, "it depends.")

I used to agree with Magnar on the military manshooter's ethical responsibility: that it has none. That everyone knows it's junk food, and so no one expects any nutritional benefit from it. However, that brand of cynicism, of lazy distance, I realized, is its own type of junk food. It's a dead end because it has given up any hope of a different future.

If you want to stay cold and cynical, fine, that's your prerogative. To you, games and Hollywood have no ethical responsibility, or maybe games (even though some are art!) have no responsibility.

Go ahead and make fun of Jane McGonigal, misuse the word "pretentious", and dismiss it all as "drama." That's how teenagers lie to themselves, so they can avoid seeming like victims.

Of course, those teenagers are still victims. We're in denial, just like them.

at 5:20 PM
Email ThisBlogThis!Share to TwitterShare to FacebookShare to Pinterest