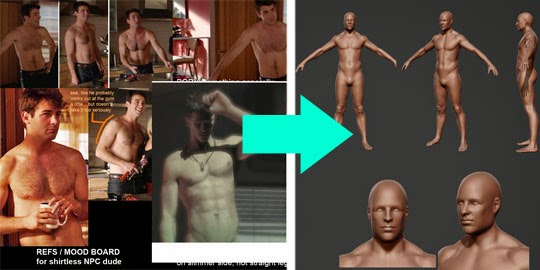 This is a development diary series for "Get Better Soon", a commissioned game I'm making for Different Games 2014. If you want to see it and play it, then sign-up to attend Different Games in April in NYC (for free!)

Bodies, much like video games, are routinely commodified -- there are "cheap"-looking and "expensive"-looking bodies. Society devalues and discriminates against certain body types, while affording privileges to other body types. We read video games in much the same way, based on the shape of the game's body... the packaging and production values, and/or "paratext", of a game. Production values are a relatively quantifiable way to impress people and convince them to pay $60 USD for a set of mechanics that have remained virtually unchanged for decades.

(I'm not trans and I don't personally have access to that lived experience, so I'm not going to make a transgender witch timetravel game. Though that'd be cool. Maybe that'll be the basis of a collaboration in the future!...)

Positing this future involves perpetuating (but also hopefully co-opting) the industry's obsession with production value. Because I have neither the skillset nor the time to achieve the "expensive" look on my own, I must mimic the industry's mode of production: (a) I prepare reference material for an asset and (b) I pay a developer a wage to produce the asset. How could "different games" be different? Maybe by being the same. 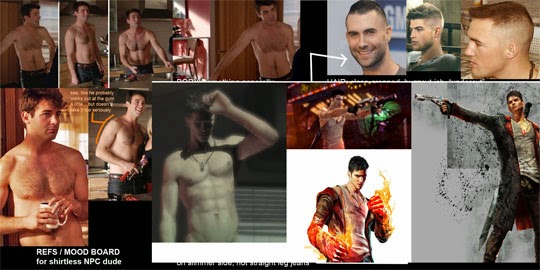 One of the first steps of any project involves research and collecting reference material. When collaborating with someone else, this phase is especially important because it'll help ground you within the same space and help you coordinate. To do that, I've assembled a moodboard, pictured above, to send to Kris.

The words "shirtless dude" are treacherous because we all have different concepts of shirtlessness and dudeness. Moodboards and visual references let us be more specific in a way that can't be easily verbalized.

The goal of the moodboard is repetition: when you see many different takes on the same thing, you begin to detect key patterns and details common to all of them. (e.g. jawlines, proportions, nipple placement...) So now, when I send that moodboard to Kris, we don't have to rely on the imprecision of words. Instead, the images kind of speak for us, between us, or maybe at least a trained artist can glean something from the photos that I can't. In my references, I included material outside of games (the actor James Wolk) as well as material from games (the "new Dante"  from Devil May Cry 5). 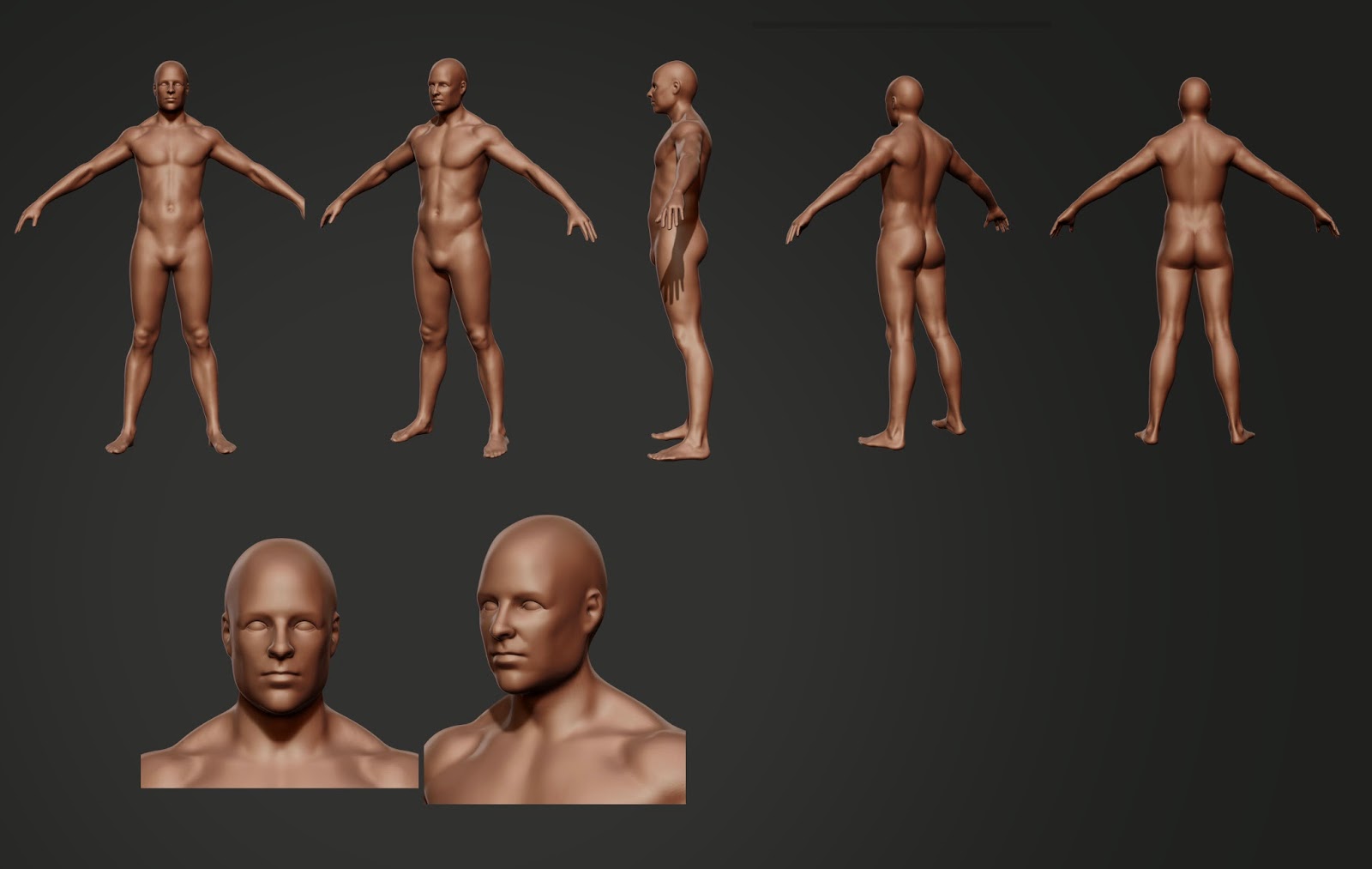 From there, Kris begins a high polygon "sculpt" -- he establishes rough proportions and muscle groups, without much concern for how quickly it will render on your computer. Is the jawline too much like a super model? Are the ab muscles too defined? Notice the sculpt looks like it's made out of red wax... at this early point in production, it's not about the polygons or surface treatment, it's more about the base concept and how to express it in 3D forms.

When you look at this body, what do you see? What would society assume about this person? What will you think when you see a hundred clones of him, gyrating their DirectX11-powered hips on a pulsing dance floor?

You're right, his butt should be bigger.
at 3:30 PM
Email ThisBlogThis!Share to TwitterShare to FacebookShare to Pinterest