On "The Loch" and anti-busybody small open world games

The Loch is a 2013 Scottish fishing RPG by Mitch Alexander. In it, you "fight" fish in turn-based JRPG battles symbolizing the experience of fishing. There's a variety of biomes to explore, each with different species of fish to catch, and it all takes place over a series of days with variable weather / variable NPC behaviors based on the weather.

It's pretty rough around the edges, partly due to short development time constraints (it was originally made for a 7 day Fishing Game jam) and partly due to the limitations of reskinning RPG Maker. There's very little tutorializing, and many core interactions don't feel very intuitive. No one really tells you you're supposed to go all the way south to advance to the next day and heal up, or that you have to equip X and then use skill Y to do Z... in this way, it departs a great deal from typical JRPG or RPGMaker game conventions.

But that departure from convention is also refreshing. Though "open world" carries connotations of large expensive 3D worlds, I'd like to expand the bounds of that genre and discuss The Loch as a "small open world" game. What marks an open world game is the repeated traversal of a space, and reflecting on how that space (or the player) changes over time. In this case, the world is a small Scottish lakeside village where everyone speaks in charming accents and encourages you to kick back and slow down. 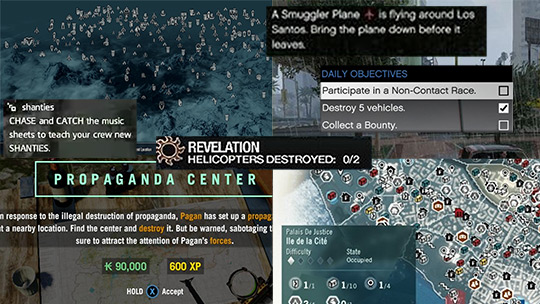 Unlike most big commercial open worlds (Skyrim, Grand Theft Auto, Far Cry, Assassin's Creed, Saint's Row), The Loch offers a small open world without clear mandated goals. Should I be grinding for money to buy something? Is my goal to catch a diverse set of fish, and if so, why does no one care if I do? Am I trying to be the best highest level fisherwoman ever, to defeat a super boss fish? Is there some deeper mystery about the Lochness that I'm supposed to uncover, and if so, how do I go about it? It's never clear which goals are important, or what the rewards and consequences for achieving that goal are.

I often felt like I was wandering around trying to figure out what to do with my life (too real???) and I was grateful that the game was allowing me this space without shoving an objectives list or icon-laden minimap in my face. (Fortunately, those things are also not easy to do in RPGMaker!)

In that respect, The Loch is contemporary with "small worlds" like Animal Crossing, but also its fellow temperate Northern Hemisphere wander-em-ups like Proteus, Eidolon, or The Path, which all de-emphasize authored goal / mission systems in favor of wandering. For some reason, no one has ever made a similarly goal-less open world game set in a city? Perhaps there's an implicit argument here that goals are like a form of technology, artificial constructs that exist for people, and disappear in the absence of humans. Encountering goals in these worlds is an unwelcome imposition on the world, like witnessing a discarded beer can drifting in a river.

"I went to the woods because I wished to live deliberately, to front only the essential facts of life, and see if I could not learn what it had to teach, and not, when I came to die, discover that I had not lived..." (Walden, Henry David Thoreau)

These pastoral open-nature games tend to hide or de-emphasize goals, but what if an open world game hated its goals?

Such an open world game might turn its bevy of goals against the player. Make the player feel the noose of human society and techno-social obligation closing in around their neck, and encourage the player to close their quest log and minimize their minimap -- to leave it all behind, and live deliberately.
at 2:30 PM
Email ThisBlogThis!Share to TwitterShare to FacebookShare to Pinterest