For better or worse

When I do the occasional interview about all the gay shit I do, I'm often asked, "are games getting better?" What they mean is whether the game industry as a whole is getting more inclusive, more diverse, more tolerant, more progressive, more whatever.

My standard response used to be "a little", then it was "this is a bad question", but these days I'm leaning toward "no, but hopefully it won't matter."

Some journalists hope I'll hand them a nice optimistic little quote to end their article, so that I can resolve their nagging fear that video games will never actually grow up. If you buy that next Halo game and (gasp) enjoy playing it, then are you part of "the problem"? And if you are, hopefully you just have to say 5 Hail Marys and donate to 5 queer people of color Patreons to be forgiven, and that means the numbers are getting better.

My gay sex games are not some sort of statistical outlier that magically increases the arithmetic average gayness of all video games ever made. Even gay initiatives like GLAAD's"studio responsibility" scorecards fall into the same trap -- the idea that culture is a type of math, and as long as the grades are getting better, then we can rest easy with this misleading summary of how people supposedly feel. 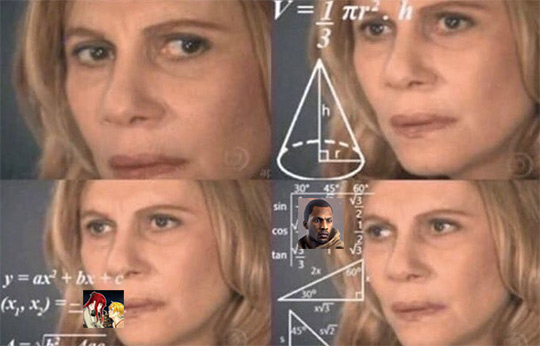 Steam won't sell Ladykiller In A Bind and refuses to be clear about its content guidelines, but hey, at least Battlefield 1's single-player campaign has a black guy and an Arab woman in it!... ok, now ask yourself this supposedly important and relevant question, "are games getting better?"

I feel that question is asked more often for the benefit of protecting games from criticism ("it's getting better, ok? relax!") and performing a love of games, rather than genuinely reforming games in any meaningful way.

It is a totally toothless kind of intersectionality. Instead of linking together different systemic problems to take comprehensive action, we just add together all these "gains and losses" from all these disparate cases so that we can dissolve dissonance about our overall media consumption -- as if this was all about whether Ta-Nehisi Coates approves of you watching Game of Thrones as long as you watch Steven Universe too?

As a gay artist, I have to confess, I don't care which comic book movies you watch. But when my own work gets assimilated into this giant festering ham of All Video Game Culture, and I'm weaponized as an example of how everything is getting better, then I can't help but feel a bit silly for doing all this. (Gay sex in games??? Gee, what will the game industry think of next!!)

I also can't help but come to the same conclusions that a lot of people formerly-working-in-games have also come to, which is this: games are capable of so much beauty and meaning, but this culture is also irrevocably cursed and haunted by a permanent fixation on quantifying itself without ever criticizing itself, and maybe it's time to figure something else out.

All of us misfits who keep hoping games culture will change and get better -- artists, critics, theorists, weirdos -- we're way too late. It's been like this for a while, and it's probably always going to be like this.

To be clear, I'm not quitting game development anytime soon. The people I've met, and meaningful connections I've made, are one of the few reasons why I keep going!

But I'm also coming to terms with my suspicion that this 30 40 54-something year old "young medium" will never change and never "grow up" and never be what I hope it will be, and I'll try to perform that disappointment like an increasingly distant aunt who slowly drifts out of her relatives' lives. It's time to start thinking about where I should start re-directing a lot of my energy.

One possible candidate is this thing called "virtual reality," which has proven remarkably resistant to monetization and/or dignity. The root of my cautious hope is based less in the hyperbolic promises of "VR evangelists", and based more in the possibility of a second chance with this media culture:

What if we weren't too late with game culture, what if weirdos had a seat at the table from the beginning? What if we didn't let capitalism shit the bed so badly? What if artists and theorists were there, from its early days, to help guide popular understanding of it? Or is it already too late for VR? Is this all going to be a colossal waste of time? I think I'm going to try to find out.

I'm not saying "everyone should quit video games and go into virtual reality" -- but this is just the transition I'm starting to take with my own work, personally, and I feel like maybe a lot of video game weirdos would be better off with transitioning into different fields themselves too.

Because games probably aren't going to get better. They're like this, and they're going to be like this for a long time, or even forever. And we don't have to accept it or encourage it, but all of us have better things to do than to punch a brick wall over and over.

Next time: Toward a progressive agenda and theory of VR, and how to save VR culture from games culture

* I hope this goes without saying, but by "game(s) culture", I mean PC and console "hardcore gamer" consumer culture... and not mobile games or tabletop games or gambling or sports.
at 7:41 PM
Email ThisBlogThis!Share to TwitterShare to FacebookShare to Pinterest