On cs_ppc, "school maps", and the politics of remediating / re-mapping real-life places


The excellent @dot_bsp Twitter account randomly tweets screenshots from different levels in various Goldsrc (Half-Life 1 engine) games and this February 18th tweet about "cs_ppc" by "Walnut<+>Warrior" really caught my eye and got me thinking.

cs_ppc is really clean and well-built with good height variation and composition. The shapes flow into each other very well, and the scale seems very realistic. On a technical level, there's also clever use of masked transparency textures to complicate silhouettes with fewer wpolys, centering around a pretty huge atrium with a lot of open sight-lines everywhere -- this kind of craft means it was built relatively late in the Goldsrc cycle, when high polycounts and heavy use of custom textures were the norm.

This level has relatively little cover and probably plays strangely for Counter-Strike, but the author clearly prioritized real-life resemblance over gameplay. It made me wonder about the level's relation to the real world. Fortunately, when I loaded cs_ppc.bsp into the engine, I discovered that the author embedded a commemorative plaque at the very front of the level. It is definitely intended as a recreation of Peter-Paul-Cahensly (PPC) vocational school in Limburg, Germany. 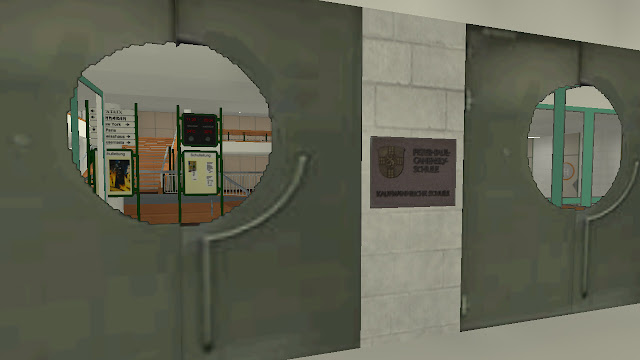 In my experience, this means that Walnut Warrior (or "Walnuss" on TheWall.de, a German level design community) was probably a student at PPC in 2002 and was intimately familiar with how the building was supposed to feel. Thus, cs_ppc is part of a long tradition of teenage hobbyist level designers making "school maps".

After Columbine and numerous other school shootings, educators and politicians quickly jump to assume the worst about how school maps function in first person shooters. However, I argue that almost no one makes these maps in order to practice school shootings; instead, a school map is an (obvious) attempt at bringing a real-life space into a virtual context, to help process our relationship to the real-life space. Why do you love or hate school? Build it and maybe you'll find out.

Or maybe it's a case of "write what you know." A school map is basically fan fiction about your school. You're so obsessed with school that you're willing to study its shape and form, and then labor on a digital homage to it. In this way, it is the ultimate glorification of a school as a place to hang-out -- and carries special meaning for classmates and friends to play this map together. This is also a bit of a funny paradox, because that means we race home from our physical school just so we can go back to play in our virtual school? Aside from how adorable and nerdy this is, I believe it is a strong example of what I call "local level design", a practice in game development that is not commercially lucrative but still personal and meaningful.

Of course, these school levels usually aren't very good. A school is the second thing a novice beginner level designer tries to build, after attempting to map their childhood home or bedroom. That means most school map designers don't even know what they're doing, and are using the school as a safe space to practice their skills. (Even outside of physical school, the virtual school functions as a context for learning.) cs_ppc breaks from that tradition because it is probably one of the most finely crafted school maps in history. 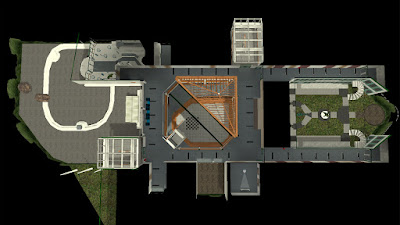 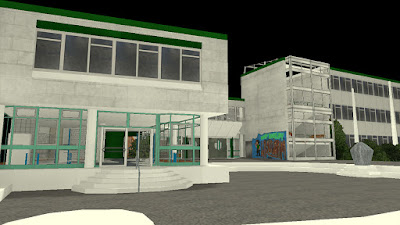 On Twitter, a lot of us old-time level designers began faving and praising cs_ppc for the implicit context that I just described. This is a well-done map, and if you recognize it as a type of school, then it's even better within that tradition of school maps... yet at the same time, I also felt strange for praising it. It was such an obvious labored copy of a real-life location that I wondered where the craft was?

How much credit should you get for mapping your school? Conceptually, this is an idea that literally hundreds of community level designers have done too.

Don't get me wrong, it probably took a long time and a lot of work to build this level and to get it feeling right. That's certainly an achievement.

However, this is not a completely original composition here. The actual designed floorplan and blueprint of the space -- where to put stairwells, how many windows, how tall, how short, how long, which shade of brick -- was not planned by Walnut Warrior, but rather it was planned by a real-life professional architect contracted by the government or trade association that built the school. Walnut Warrior is basically copying someone else's real-life level design. How can I applaud the level designer's brilliant skylight placement when that wasn't even his idea?

This is maybe an epistemological aesthetics question: if you thought this map was a completely original design, then would you be much less impressed when you find out it is actually a faithful copy of someone else's design? I'd argue that yes, I am less impressed.

In other forms of game art, there is a long-running tradition to credit the concept artist. If you model a character design based on someone else's concept drawing, you are supposed to post the original concept and credit them, alongside any presentation of your interpretation of their work. We make a common sense distinction between the "idea / design" and the "execution". 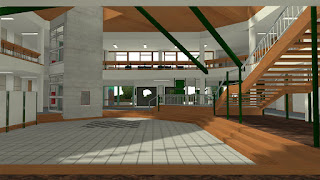 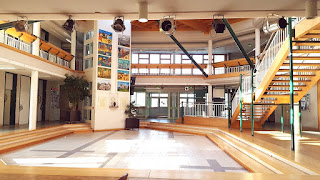 Legally, society enforces that difference between "idea" and "execution" as patent / copyright law. In architecture, applying that distinction has been a bit tricky. "Useful" things cannot necessarily be copyrighted; a sculpture is a "useless" work of art that can be withheld from the public under copyright, but a bridge is a utilitarian work that is too useful and thus cannot be copyrighted. So when is a building more like a useless sculpture, or more like a useful bridge?

Also, in digital spaces, we cannot easily make the distinction between the idea and the execution. The level editor and game engine both literally interface with the same data, the design and the construction are the same thing. The map is a territory! So when you "port" a building from physical reality to virtual reality, is that an original transformative work, or are you recreating it to capitalize on its value?

Perhaps that's the real question... it's not about what the space is, but rather, it's about what you're doing with it.

Which reminds me of the notorious case of the St. Sulpice church in the Hollywood film adaptation of the Da Vinci Code. The famous Parisian church refused to give permission to film or scan inside -- so instead, the film studio used thousands of photos and photogrammetry to build an identical half-green-screen film set on a sound stage in England. (see "On Holy Ground", in Computer Graphics World, July 2006) 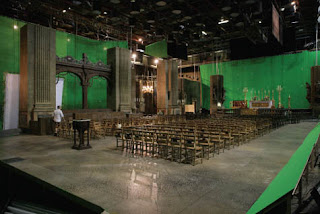 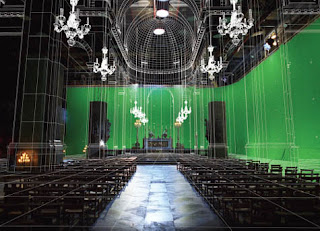 Legally, this was a huge loophole that kept them safe from legal action by the Vatican: the film studio never actually filmed inside the church, they just built an identical-looking temporary room that doesn't even really exist! But morally, this seems like an asshole move? The church didn't want to be in your crappy film, so you created an accurate digital double of their space and made a bunch of money from exploiting their cultural history... and worst of all, it might give some people the false impression that the church consented to everything, when actually the church took a very political stand against the book.

Anyway. This post isn't about organized religion's beef with a shitty crime thriller book! This is about who owns a place, especially when it spans multiple realities. Even if you own a virtual place, does that get overruled by ownership of the physical original?

In the case of cs_ppc, the architect and the school principal would've likely discouraged the "porting" of their school into Counter-Strike, but on the other hand, the author and his collaborators were probably students at the school and thus deserve a stake in the school as well. If art and video games are forms of speech, then students should be allowed to make arguments about their own schools in the form of Counter-Strike maps.

These two cases do demonstrate the need to articulate a politics of mapping spaces -- who is mapping a space, does the local community consent to the mapping, and how much "credit" does the mapper ultimately deserve for the remediation / remake / design of the space? Are you bypassing a papal decree against your craven big-budget film project, or are you a group of teenagers trying to assert some (limited) control over your own community?
at 3:27 PM
Email ThisBlogThis!Share to TwitterShare to FacebookShare to Pinterest