On "Marathon" as an almighty whoosh

The game is a pretty simple one-button timing game: you have to hold down [SPACE] on your keyboard to arouse yourself, but you must avoid arousing yourself for too long or else you might prematurely climax; similarly, if you avoid holding [SPACE] for too long, then you will fall flaccid and you won't be able to get it up again. I wanted to keep the mechanic simple because I didn't want to focus particularly on strategy or skill. Instead, I wanted to test endurance, and how long a player would be able to keep edging themselves without getting sloppy and/or bored. 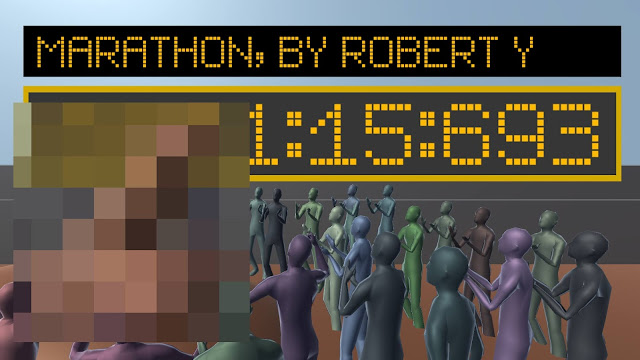 Additionally, he occasionally “rests” his penis and “freshens the blood” by allowing himself to slide into half-mast or chubby territory for a few minutes at a time. “This can be risky,” he admits. “Sometimes I can’t get a full erection back and end up losing it altogether.” But once he gets going, he gets into a flow state he compares to that experienced by athletes. “The first time I did 10 hours, I remember looking at the clock and saw I was at about 6 and thought, Okay just a little more and I’m done. I was so focused that the next thing I knew I was ready to quit, and it was 10 hours!”

But the difference between a mere game and a sport is that people regularly spectate sports, so I ended up spending most of my work time on implementing the dynamic audience.

As your time progresses and the stakes escalate, more spectators appear and cheer you on, and then they gradually get rowdier too. I like the effect of having only 1 loyal fan cheering you on at first -- and then gradually it grows into a massive raging crowd that won't get tired as long as you don't get tired. Most of these progression effects are tuned to top-out after 3-5 minutes, after accumulating several dozen people. 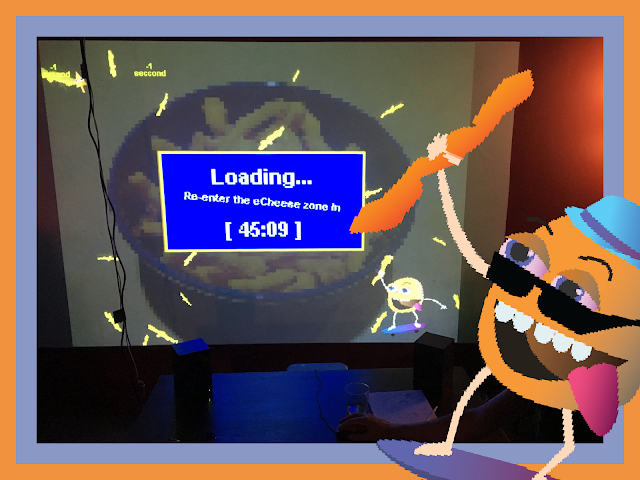 The focus on duration was also inspired by the local multiplayer party game eCheese Zone, which (at first) tasks players with repeatedly clicking on falling cheese puffs to accelerate an hour-long cooldown delay. It's painfully repetitive and boring on purpose, but the challenge for players is to find meaning in the activity anyway. At a typical games event or party, players end up forming ad-hoc communities to share tips and tricks and to indoctrinate newcomers. You end up coining strange communal rituals, like at one party we would chant "cheese! cheese! cheese!" over and over, and then bombard the unfortunate clicking player with lots of unsolicited advice about what to click and when.

As the countdown approaches 0:00, everyone nearby is sucked into the orbit of this game. Then when the clicking player inevitably fails a difficult section, everyone shouts and the tension is released. The philosophers Hubert Dreyfus and Sean Kelly argued for the importance of such "whoosh" events, when you experience a significant moment "when reality glows", such as during epic sporting events or historic rallies / speeches -- or maybe it's when you have a cup of hot coffee on a cold day, or take a much-needed hot shower. A "whoosh" is when we are faced with reverence and gratitude for being present.

And isn't "sex" also occasionally a time "when reality glows"? Then isn't (some) sex a "whoosh"? I wish we would all be so lucky as to experience whoosh sex in our lives! 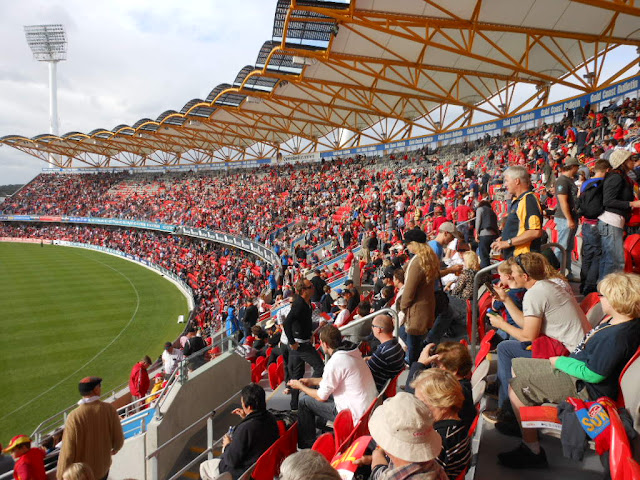 This is also the humanistic turn that champion masturbator Drake Hardy pushes, near the end of the interview:

Thank you, Mr. Ambassador.
at 4:29 PM
Email ThisBlogThis!Share to TwitterShare to FacebookShare to Pinterest