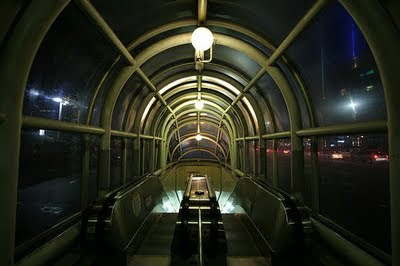 Here's one possible (but probably unconvincing) reading of a game: In BioShock, the in-game genetic currency is called "Adam." ADAM is also a street name for the drug MDMA (aka ecstasy). You use this "ecstasy" to genetically "augment" yourself -- clearly a reference to HIV/AIDS, as shown by the widespread devastation it brings to Rapture -- to the point that you can easily murder Big Daddies, clearly a reference to the "daddy" gay sub-culture. Thus, BioShock models the devastating consequences of recreational drug use on the older generation of the gay community.

(This reading is unconvincing because it doesn't really engage meaningfully with the gameplay of BioShock: setting up traps / formulating strategies / engaging enemies on your own terms.) 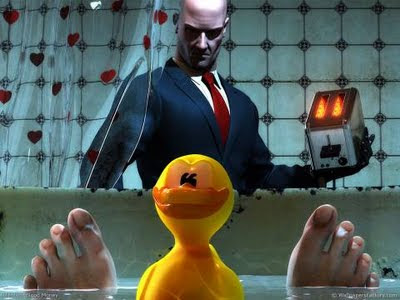 Here's another one: in the Hitman series, ideal playthroughs entail social camouflage as a "silent assassin," never signaling an alarm or arousing suspicion from NPC guards. To do this, you don different disguises to allow yourself certain privileges of access around the level -- a janitor disguise lets you into the basement, the painter's disguise lets you onto the scaffolds or backstage, etc. So the best disguise is the one that allows you maximum, unhindered access throughout the level - and typically that disguise is that of the security guard / bodyguard. Thus, Hitman demonstrates the dangerous relationship between trust and power and how one can easily compromise the other.

(This reading is stronger because it focuses on a 'dominant strategy' and engages meaningfully with the gameplay, rather than emphasizing the fairly arbitrary names of "Adam" or "Big Daddy" that could easily be replaced with any other name but still result in a pretty similar experience.) 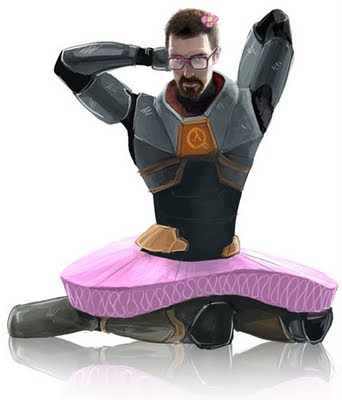 at 11:28 PM
Email ThisBlogThis!Share to TwitterShare to FacebookShare to Pinterest