Most previous-gen FPS engines (i.e. of Quake / Unreal genealogies) extensively used "brushes" -- basic geometric primitives -- to rough out the basic structure of a level. Increasingly, today's game engines are relying less on brushes (even for blocking out levels!) and more on static, pre-fabricated modular props created in a modeling package. To some degree, we're forgetting the power of the brush.

So when I saw this competition at leveldesign.nl, which tasked people with making small MP maps with only 20 brushes, I was excited... but it was too late to enter. Agh! (The best entries remind me of the GeoComp2 maps.)

Instead, I asked around MapCore for interest -- and there seemed to be a lot -- in running our own 20 brush compo. And now we're doing it. It's open to anyone using any FPS game engine that uses brushes / BSP. Rules are here.

I'm giving myself a constraint of building one map per weekend, up until the deadline. It's going alright so far, it's easy to take risks and try crazy stuff I wouldn't normally build: 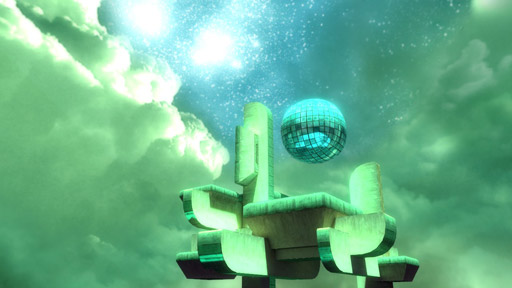 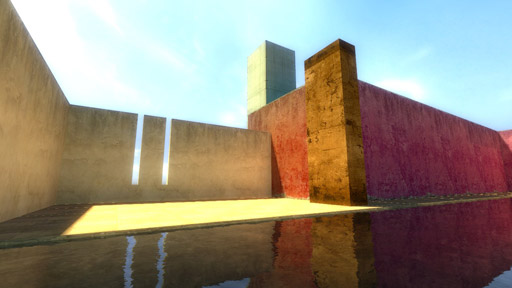 (That second level is an attempted tribute to the legendary Mexican architect Luis Barragan)
at 4:46 AM
Email ThisBlogThis!Share to TwitterShare to FacebookShare to Pinterest