The Rise of Fantastic Writing on a Tabloid Blog

The gist: a lot of stuff on Kotaku is dumb and poorly written. Truly a revelation. 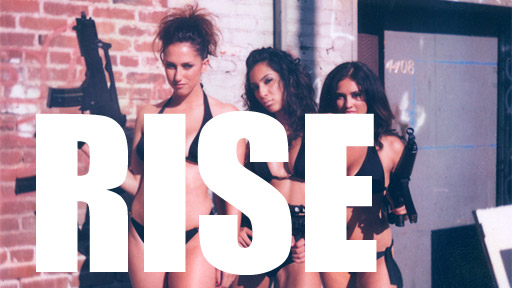 In 2011, an unknown named Brian Ashcraft began posting a post on game-centric tabloid blog Kotaku. Five hours later, a bunch of people have read it and decided it is stupid -- but among them, only Robert Yang is cursed to be troll bait for the rest of his life. Yang is a new breed, that wonders who edited that 100 word excuse to post a picture of a chick in a bikini.

Yet Ashcraft is not alone. His story is similar to thousands of young men who want to write on the internet about games for a living but instead, hopefully -- and I mean this is the best case scenario -- but instead pass off the bulk of the work to an intern who spent 20 minutes on IMDB, 10 minutes on Wikipedia, then 30 minutes looking for a suitably trivializing photo of a woman in a bikini so that people would click on it. Then 30 seconds to paste two unrelated paragraphs about "Japanese culture" from Ashcraft and paste his byline to it. (Again, this is the best case scenario, because I assume this Mr. Ashcraft person is a competent writer?...)

Without the internet, this unbearable shame of an article wouldn't be possible. In many ways, the internet created and bred this vapid fanboy hunger for boring pseudo-pornography and game screenshots; and since the internet is global, meaning that the internet is a computer network that connects computers around the world, the trend is [internet-licious!] as well. In year's [sic] past, writers like Ashcraft might have played up their love of games or their personal wit in their hopes [of] appealing to fans. Those were the days before we were all online.

These days, it's about hitting that geek nerve before hitting the mainstream. Ashcraft did it, and good for him.


Culture Smash is a daily dose of posts that fetishize Japanese culture for Western consumption.

Send an email to the author (?) of the original cringe-inducing post at bashcraft@kotaku.com.
at 3:31 PM
Email ThisBlogThis!Share to TwitterShare to FacebookShare to Pinterest