Welcome to the Indie FPS. 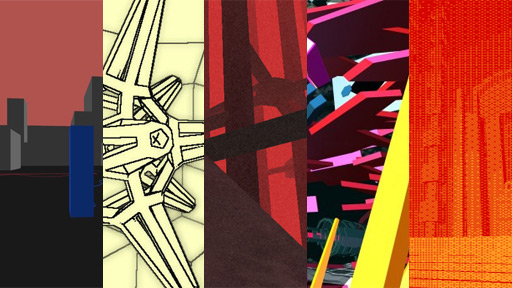 Indie platformers spawned sub-genres like the sudden-death one button jumpers, masocore and explore-'em-ups among countless others. The indie RTS spawned tower defense. Most of these indie efforts have non-photorealistic visuals that focus on distilling their commercialized parents' core mechanics into a delicious syrup: run and jump, build stuff that kills other stuff to survive, etc.

Continuing that proposed template, what sub-genre is the indie FPS working on?

Today in 2011, mainstream commercial efforts still focus on arcade man-shooting with photorealistic graphics in military contexts. They are descendents of one vision of first person gaming, the lineage of Wolfenstein 3D (1992).

But back in 1994, video games were confronted with a very different vision of what first person games could be.... 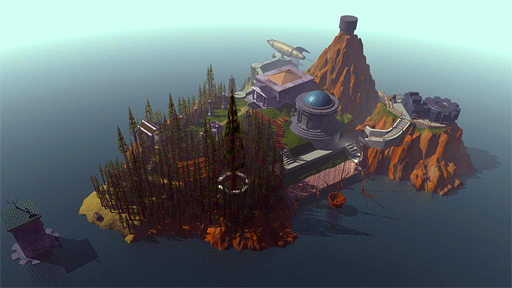 The New York Times' review from December 4, 1994 is entitled, "A New Art Form May Arise From the Myst" by Edward Rothstein.

Only two years after the rampage of Wolf3D, we already had an ambiguous, complex narrative with multiple endings; a sophistry of representation that Tale of Tales values in digital games, albeit with considerable technical constraints and hacks; and a hardcore emphasis of "solving" systems. The result, according to Mr. Rothstein, was "a game that weaves together image, sound and narrative into a new form of experience."

Swap-in one of the newly released indie FPS game titles into the article and it seems like the familiar hyperbole of indie game bloggers: "[Fract] seems to define a new genre in which the film does not exist without the player who brings it to life... [Minecraft] seems to reflect the condition of the video game itself, poised at the brink of something new even before it has finished mastering something old."

Many 2D indie games use pixels / flat squares, so it seems fitting that many indie FPS games use cubes and embrace that "digital brutalism" aesthetic. They're also usually profoundly non-violent, or have little or no shooting. The FPS without the S.

(This "untextured indie 3D" aesthetic also reminds me a lot of the GeoComp2 maps for Quake 3, which I've done some writing about.)

Maybe there's some half-baked notion of "purity" here, when you see the simplest 3D primitive glorified in this way. We can still do so much with 1 KB of texture memory and vertex-lit shaders. Why did we abandon them so quickly for MegaTextures(TM) and normal maps?

So here's a lovely survey of five (5) "indie FPS" games. These aren't THE indie FPS games, they're just five (5) that I thought fit together. Some are publicly released and some aren't, but they all inherit that central aesthetic from Myst: this timeless notion of mystery... the mystery of blocks. The awe of a monolith. The scale of things. 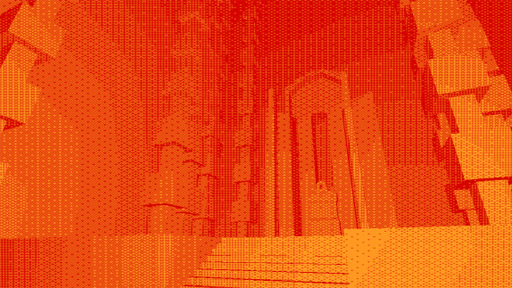 Terry Cavanagh's "At A Distance" is a short 2-player co-op game where stuff happens. If you're in New York City, you can play it at the NYU Game Center until the exhibition closes sometime in June. 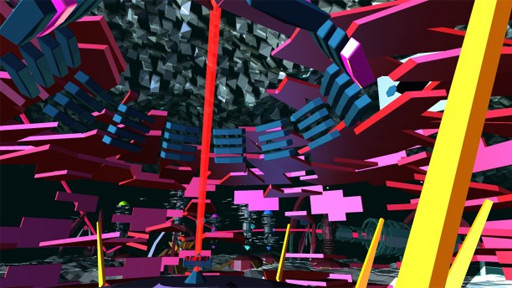 Richard Flanagan's "Fract" won the 2011 Student IGF. In this game, things happen. I think he's expanding it into a full game currently. 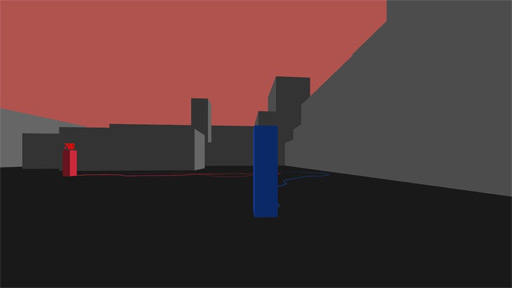 Michael Brough's "Hyperabuse Monolith" is a single player time-attack where you harass monoliths for mega points. It's probably not as Myst-inspired as the others. But hey, there's no shooting! 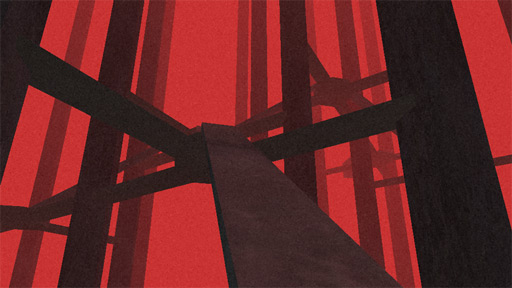 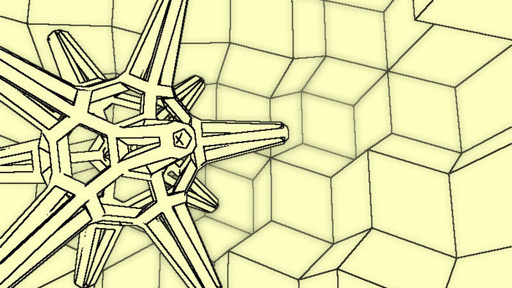 Stephen Lavelle's "Activate the Three Artifacts and Then Leave" is really unsettling and disorienting... so, in other words, typical of his work.

If you know of any indie FPS games set on islands / where you solve puzzles / among giant flat-shaded blocks, do post a comment below. Or if you think my attempt at articulating genre was really lazy... umm, sorry? How else should we categorize these games?
at 6:05 PM
Email ThisBlogThis!Share to TwitterShare to FacebookShare to Pinterest