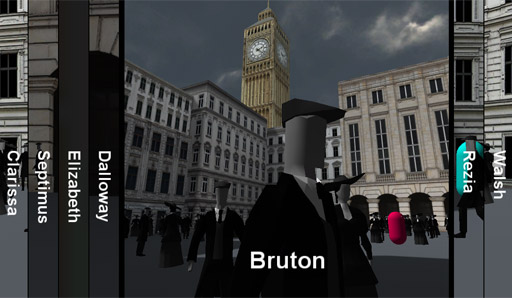 Hey! I've been chugging away on my 7 Day FPS entry, "The Leaden Circles," a single player squad FPS based on Virginia Woolf's novel Mrs. Dalloway. I was planning on cross-posting all my updates here, but I decided it would've been too much, so read all my daily dev posts over there.

I also want to draw your attention to some other entries I've been watching:

"Table For One" tasks you with being an utter glutton, re-imagining Dinner Date as a physics puzzle with a playful Natural Selection-ish skulk cam perspective (best. view model. ever.) because hey, don't we see with our mouths sometimes? The current build is absurdly difficult, at least to me, so I hope he makes it easier!

"Europa Concept" looks like some sort of high fidelity sci-fi survival thing about crash-landing on one of Jupiter's moons (Europa is one of Jupiter's moons, right?) and managing your inventory and crafting and shooting, or something. The developer's quite a Unity veteran, so I'm sure this'll be pretty slick in the end.