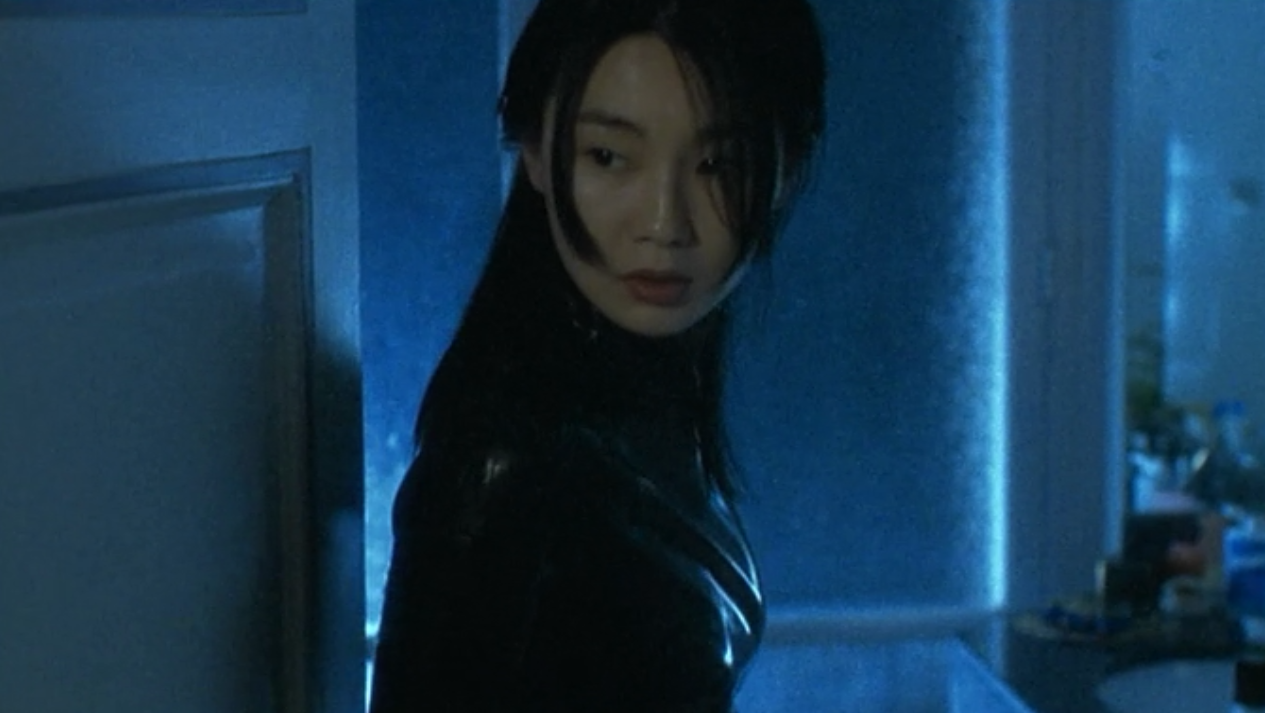 These are some notes about my process / intent in making my game Intimate, Infinite. Spoiler warning is in effect for this game as well as the 1941 Borges short story that inspired it. Part 1 is on my general reading / plotting / interest in the frame narrative.

Borges' protagonist Tsun, or my Wang Peng (a name taken from a fictional college student in a Mandarin language textbook) has mixed motives for killing the sinologist.

He's a Chinese man more or less assimilated into Western ways, with a healthy dose of self-loathing for his own heritage. That makes this story one of the few "Western literary canon" texts that directly engages with how Asian people might react to Westerners being fascinated with Asian stuff (side note: in this vein, Irma Vep is one of my favorite movies / I really want to make an Irma Vep game someday)

Race / nationalism. The weird part about this angle on the Borges story is that it takes a Magical White Guy (Albert is probably white, if he's an affluent academic in 1910s England) to make Tsun interested in his own culture again. On one hand, yeah, Chinese culture is really interesting and worthy of international study -- on the other hand, this academic interest can sometimes come off as orientalist exotification where it takes some brilliant Western outsider to "truly appreciate" something the noble savages couldn't grasp about themselves, e.g Western literary theory on ideograms ("look, their words are beautiful pictures!!") or someone eat-pray-loving about how certain Japanese narratives don't have conflict ("isn't that so much more subtle and beautiful??")

There's also this weird nationalistic logic to it. This Chinese guy has to murder this British guy to supposedly prove to the Germans that the Chinese are a civilized sophisticated people capable of resourcefulness and creativity. But this British guy found the Garden, this proof of Chinese sophistication already -- and he thinks he's doing the Chinese a favor with this proof, but it's proof that the Chinese don't appreciate or recognize. (You could argue that, in the end, he didn't really understand the culture he was studying.) So the Garden was suppressed and never published, it is a shameful secret. There are only two people who know about the Garden, and by the end of the story, they are both dead. "No one can know," Tsun says at the end. His secret shame is hidden in the secret Garden which is hidden in the secret of the murder.

(It's also not much of a stretch to read this as a gay relationship between two men arguing about secrecy and shame and possibility. In one of these infinite realities, they are friends -- and in another, maybe they are lovers. "No one can know" was definitely a thing I thought to myself when I was a closeted high school kid. I made this gay subtext more obvious in my game, depending on the randomization you get when playing.) 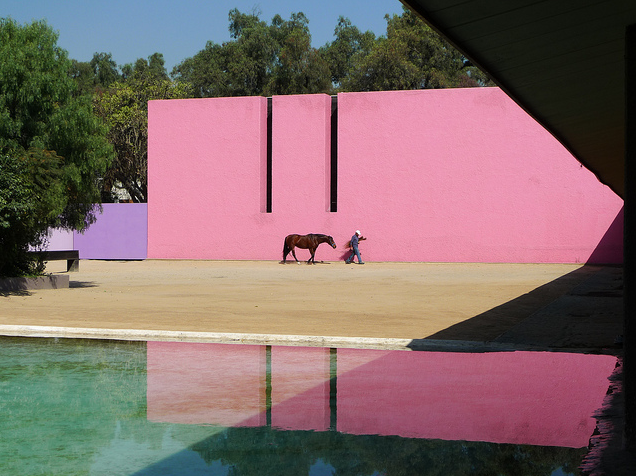 Gardening. If Borges were an architect, I think he'd be his contemporary Luis Barragan, a famous Mexican modernist architect who had a lot to say about gardens. To him, gardens occupied this liminal space between interiors and exteriors. Gardens often have walls, gates, and floors, but these structures do not necessarily enclose spaces nor prescribe specific programs. You just wander in them and around them. In this way, gardens transform these boundaries into places in themselves... a fence becomes a place, not just a border between two places.

It's easy to read this into Barragan's personal background -- occupying this space between his religious Catholic upbringing and his being gay. Architecture became his way of exploring and spatializing his identity. His structures feel private and solemn and closeted, but also vibrant and open. What was the space between the cold mechanical slum-lord modernism of Le Corbusier, and the warmth and light and color of Mexican architecture? Barragan made that boundary into his own kind of modernism, and the result is that his work has aged much better than Villa Savoye.

I feel the same way about games that border on the edge of game-like things... Games without scores, games without goals, games without solutions. A game without straightforward game logic. That "art game" or "notgame" or whatever space didn't used to exist, but now this boundary is definitely a place. We would never say a garden is an unfinished building, or even that a garden isn't architecture, right? As gardeners, we do what we feel like, and then let nature do whatever it's going to do too. A garden is a negotiation. The more you systematize a space, the more you're saying to the player -- and if you systematize too much, then there's no room in the game for the player to say anything back or assert anything for herself.

The chess section of my game is perhaps a "toy", a garden that supplies pieces but doesn't tell you what you're supposed to do with them. It takes some notes from a similar system in Tale of Tales' Bientot l'ete, except I've managed to one-up them by implementing even less gameplay. I'd like to think we're both reacting against stuff like Chess 2, and we argue that chess is more interesting as a culture or ritual rather than a formal system for a supercomputer to solve. That's kind of the idea behind my visualizing of Yoko Ono's "Play It By Trust" as a chess strategy diagram and putting it next to a mangled Borges poem about chess. (... his poem wasn't very good, I deleted most of it.) I like chess as a context for conceptual art.

Now, the only actual mention of chess in the Borges story is the riddle:

"In a riddle whose answer is chess, what is the only prohibited word?"

The answer is "chess" but it's also a paradox because this is a riddle that contains the prohibited word "chess"... this is a riddle bounded by the limits of language, and the way that you can't actually refer to something without actually referring to it somehow. So there's still a puzzle in this game, and there's still a gate and a key. There are still clues you have to figure out. And I think that's why the chess part is there... it's there to try to pull you back from caring about the mechanics too much, but at the same time, it is still connected to the hedge section and has an indirect strategic value. That value just has little to do with the rules of chess.

Anyway. I'm satisfied with what I managed to do in this thing, and I liked that I took the risks I took. In the next and final installment, I'll talk about the technical implementation of things.
at 2:00 PM
Email ThisBlogThis!Share to TwitterShare to FacebookShare to Pinterest