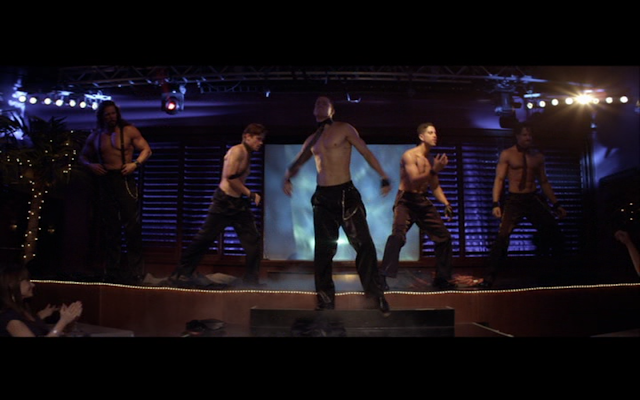 I'll be speaking at IndieCade East this year about video game lighting -- but to spice it up, I'm also going to talk about hunky dudes taking their clothes off in the seminal beefcake stripper movie Magic Mike (2012). The director, Steven Soderbergh, intentionally went for naturalistic "bad lighting" reminiscent of a strip club. Look at the shot above -- most of the men are in shadow! That's actually a pretty radical aesthetic for something that's supposedly a few steps away from commercial pornography. Plus, lighting can often be a bit of a dry topic, so I felt it was important to pair it with some sweaty studs to help the medicine go down. It'll be fun for the whole family.

IndieCade East 2016 runs April 29 - May 1 at the Museum of the Moving Image in New York City, and thank god it's no longer in the dead of winter.
at 11:28 AM
Email ThisBlogThis!Share to TwitterShare to FacebookShare to Pinterest