On the hopeful undead future of VR and "A Short History of the Gaze", by Paolo Pedercini / Molleindustria 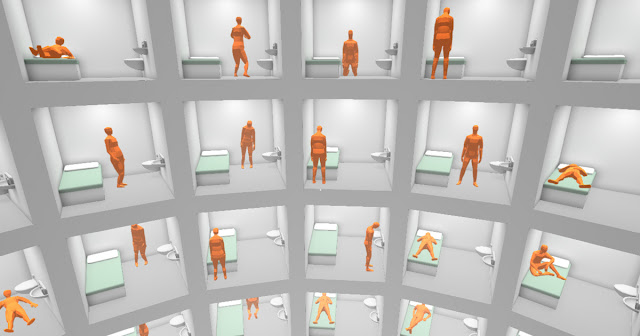 I played Paolo Pedercini's first (and maybe last?) virtual reality piece "A Short History of the Gaze" last year at Weird Reality. I think ASHOTG is good for a lot of reasons, but the foremost reason is that few people are making VR art that's critical about VR culture and its politics. The closest we get to is when we twist VR's (faltering?) utopian branding toward our own ends, whether for "empathy machines" or whether for a vision of a "gay VR". But even among artists, it's rare to see VR work that directly critiques what VR is about, in this current moment.

Like a lot of Paolo's other work, it's political and educational, trying to distill critical theory and media studies into a short accessible interactive experience. The player goes on a ~15 minute sequence of different scenes about looking at stuff -- undressing people in an elevator (male gaze), punishing prisoners in a panopticon (incarceral gaze), being trapped by advertising (capitalist gaze), etc. in various situations. I actually found the whole piece to be slightly encouraging, because it positions VR as part of a long tradition of gazes -- and it's also clearly the weakest gaze. If VR is an oppressive force, then that force is currently minuscule or even laughable compared to any other oppressive force in the world.

Which leads us into how VR is doing right now: it doesn't look good for VR. 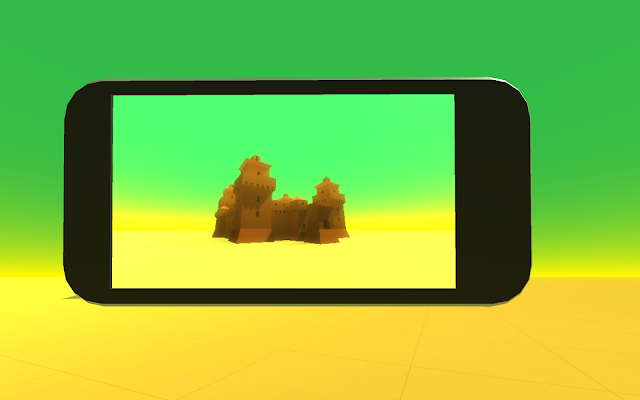 VR is basically dying right now. PSVR sold ~1 million units in its debut, but since then sales have slowed to a trickle. Both Oculus and HTC are running big desperate price cuts on their hardware, and there's even rumors that HTC is looking to sell-off its VR business. On Steam, the biggest PC VR platform, the user stats are still holding at 0.23% of Steam users (that's 0.0023) using an HTC Vive and 0.14% with an Oculus CV1. Among many VR devs and creators, there's a consensus that VR money is basically drying up, and that there's not enough gamers buying non-shooter VR (VR games that aren't robot / zombie shooters) to make that work sustainable. To the rest of the game industry, it's been several years and VR still doesn't have its "killer app".

"This VR cycle is dead." Tech has long insisted that VR was just a stepping stone to AR, but now they're getting impatient and rushing toward AR. (If you want a great technical primer on the state of AR technologies, read this breakdown by Matt Miesnieks.) Apple is pushing ARKit and now Google is pushing ARCore, laying down the infrastructure for more AR apps. To the tech-industrial complex, VR has been such a disappointment that they'd rather push arm-fatiguing handheld AR than wait for good quality head-mounted AR, which is still very far away from happening.

(And just anecdotally, every recent networky VR conversation I've had has always inevitably turned to, "so what are your AR plans?" Call this shift a failure or a "strategic pivot", but whatever you call it, I think it's happening.) 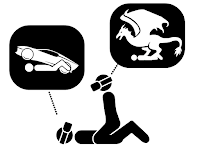 In a talk on VR earlier this year, Paolo argues that the death of consumer VR is ultimately a good thing for weirdos and artists. Conservative gamer culture will get bored and move on, instead of harassing women and minorities out of the field. Basically, tech has built us a massive VR infrastructure, and now they're preparing to abandon it to us!

Maybe if we stay in this "trough of disillusionment", we'll be free to make VR as radically gay or as political or as weird as we want it to be.

Let's hope VR never makes it out alive. It will find new life as an undead medium. Perhaps all those VR zombie shooters are onto something!...

at 2:48 PM
Email ThisBlogThis!Share to TwitterShare to FacebookShare to Pinterest