Level With Me, Half-Life 2, complete! 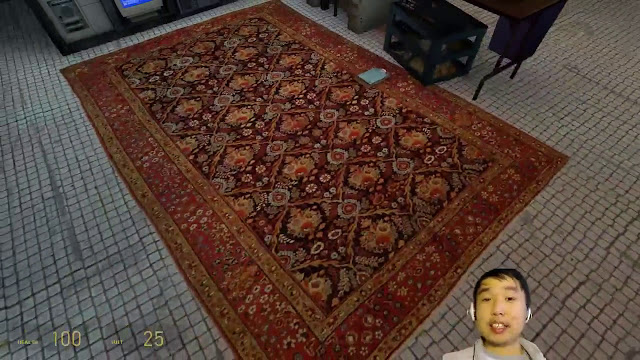 I've just finished playing through all of Half-Life 2 on my level design streaming show, Level With Me. Much like with my playthrough of Half-Life 1, I've played through this sequel several times already, and I thought I knew it pretty well -- but there were still sequences where I was surprised, impressed, or disappointed.

There were several main themes throughout this playthrough:

1. The current version of Half-Life 2, the only one now available on Steam, has been poorly updated and maintained. When Valve added HDR lighting to Source Engine 1, someone dutifully went through Half-Life 2 and updated all the maps -- but that process only involved recompiling the maps with HDR lighting. That broke several things: there are no LDR lightmaps (it's impossible to play Half-Life 2 without HDR now), and the unchanged settings are poorly calibrated for HDR, often being too bright / too dark / with lots of halo-y hotspots everywhere. If you want to play a better version of Half-Life 2, I recommend the Half-Life 2 Update mod, which fixes a lot of these issues.

2. Another frequent theme has been how Half-Life 2 keeps mixing itself up; one chapter is a horror survival segment, and then 2 minutes later the next chapter is a road trip driving section. This is pretty unusual in 2017, where AAA action games usually feel more consistent, systemic, and homogeneous. (Of the big franchises, maybe only Call of Duty maintains this roller coaster setpiece structure.) You could argue that Half-Life 2 sort of tries to do 10 different things, and doesn't really excel at any of them. Or on the flip-side, maybe the Valve of 2000-2004 was really impatient and bursting with ideas, and in the end, executes all of these ideas decently enough.

Check out the full Level With me archived playlist for Half-Life 2 on YouTube, or watch future broadcasts live on Twitch.
at 11:00 AM
Email ThisBlogThis!Share to TwitterShare to FacebookShare to Pinterest