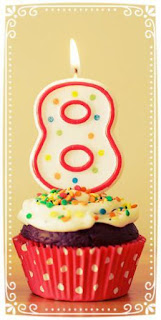 As is the holiday tradition in December, teenagers throughout the world have gathered around their radiators to critique environment textures and be wantonly gay, in flamboyant celebration of the anniversary of the Radiator Blog's founding. This year, the blog turns 8 years old!

For 2017, I resolved to blog more... and I ended up with 72 posts, which is double the amount of 2016's posts (a mere 36). Compared to social media like Twitter, I've always thought of blogging as a more "formal", slower platform. But to keep up the pace this year, I had to relax my attitudes and write more freely, which I think was ultimately a positive thing.

(You can check out past years' anniversary round-ups here.)

Now let us gather around the radiator, and review the past year's "greatest hits" along with some commentary...

(You can also check out past years' anniversary round-ups here.)
at 1:45 PM
Email ThisBlogThis!Share to TwitterShare to FacebookShare to Pinterest