Submit your impossible demands to #ManifestoJam by February 13 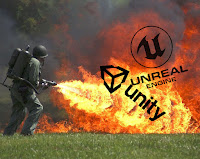 Just a brief note that a bunch of folks are doing a "Manifesto Jam" (which is maybe possibly inspired by my survey of manifestos in games blog post from last year) and there's about 1-2 days left to participate.

I even participated myself, writing a short screed called "KILL UNITY; WE ARE ENGINES." It was fun to try to figure out a specific aspect of games that I cared about, and to try to distill that into entertaining hyperbole. Remember: no nuance, no relativity, just pure belief! Go ahead and let your flag fly, and perch it on the swollen corpse of the old world order!

Here's the inspiring blurb, copy and pasted from the itch.io page:


THIS JAM IS FOR COLLECTIVELY UNCORKING OUR UTOPIAN ENERGY IN 2018

In times of crisis, uncertainty, conservatism and even just standard personal disappointment people overwhelmingly retreat to saying “be practical!” This doesn’t necessarily imply a way that is meaningfully better than any other but instead coerces you to chirpily go along with the way others are already comfortable doing it, or comfortable with you doing it, and keep and alternatives or resentments on priv.

Manifestos are important precisely because they are impractical. Whether positive or negative, whether embracing potential worlds or outright rejecting the one you’re in. They are visionary, they demand, they refuse. Manifestoes can be of any scale, defining your personal aesthetic or how to fix the entire world, but they cannot be satisfied.

The jam form, in videogame creation, has gone from its borrowed musical roots in collaboration and impulsivity to become almost the opposite. Ratings, prizes, and the implication of making portfolio pieces over the possibility of genuine experimentation, which comes with genuine failure, are all connected to the runaway capitalist dream of quantifiable outcomes over all else. The push onward that shuts down the possibility for crafted writing or critique, that sees critique as functional only, to moderate public trust in the output of giant corporations, to laud and demystify rather than to converse, complicate, and imagine alternatives. Of course there are only jams for making games, not writing about them, because writing, in this cosmology, is not valuable in itself but only so far as it creates cultural clout for a medium that, even when it’s not being made by all-consuming tech monstrosities, is still highly directed by their boring-ass ideas of what is marketable and therefore desirable and therefore good.

Against this, everyone is invited, to write something about how to make a videogame, how to respond to a videogame, what the field of videogames could and should be. Write a manifesto to free up your mind to move forward. I want videogames created with vision rather than received wisdom that both fail and succeed at meeting that vision. I want uncompromising, unconventional writing to respond, recover and reshape. I am done with games trying to do something right and done with essays about what they do right. We go on like this in public and then privately grow more and more dissatisfied. There must be something more urgent to write.

THIS JAM IS FOR COLLECTIVELY UNCORKING OUR UTOPIAN ENERGY IN 2018

Thanks to Emile Reed for organizing. Now go find us some spectres-haunting-Europe, and go write a manifesto!!!
at 8:41 PM
Email ThisBlogThis!Share to TwitterShare to FacebookShare to Pinterest