Level With Me, Thief 1 complete! 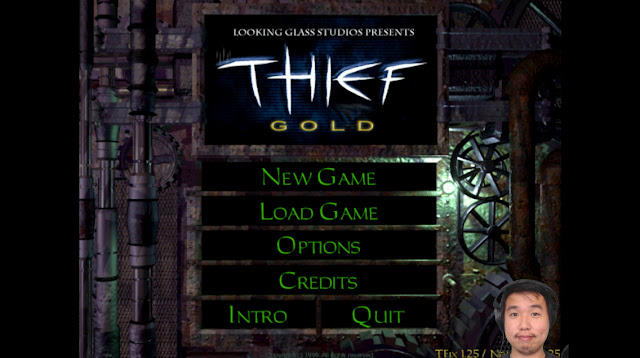 This week I finished streaming through all 15 official missions of Thief 1 (Gold edition) as part of my "Level With Me" project, where I play through games and talk about the level design and environment art in them. In my runs, I usually try to imagine how a first-time player approaches the level, while occasionally demonstrating more "advanced" tactics --and then frequently messing up and alerting a dozen guards.

You can catch the whole Thief 1 playlist archive on YouTube, but here's some commentary and design themes that kept coming up:
I'm sure there's some more design themes to tease out, but that's just what came to mind here. As a reminder: if you want to participate live, I stream on Twitch usually 2-3 PM EST on Wednesdays... I also archive all my episodes on YouTube afterwards.

What game will I do next? There's only one way to find out...
at 1:33 PM
Email ThisBlogThis!Share to TwitterShare to FacebookShare to Pinterest