Rinse and Repeat HD remastered, and three years of reflections and thwarted plans

I've just uploaded an updated version of Rinse and Repeat: it is now known as Rinse and Repeat HD, which is basically the same version currently playable at the Victoria and Albert's Videogames exhibition.*

In addition to fancier graphics, I've also: added gamepad / rumble support, re-programmed the entire scheduling algorithm to be more stable, and tweaked much of the balance and feel.

If you're not familiar with the game, you should probably read my artist statement "Rinse and Repeat as cup runneth over" so that you know how the game works.

The rest of this post will assume you mostly know what it's about already!... 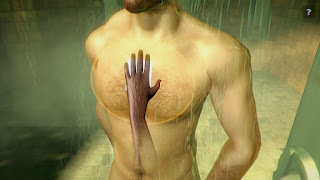 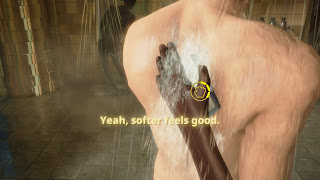 My original plan was to remaster Rinse and Repeat as part of a Radiator 3 compilation, along with Cobra Club HD and The Tearoom. The plan was also to add virtual reality (VR) support to these games (Rinse and Repeat and The Tearoom were designed somewhat with VR in mind) and to make it available on Steam, as part of my Gay VR manifesto. However, I had to delay these plans for years because I wasn't sure whether Valve would ban Radiator 3 from Steam due to its nudity, and I didn't want to invest time and resources into porting it to VR, only to get banned from Steam later.

Now that Steam has seemed to accept and assimilate adult content into its storefront, that'd appear to be the all-clear signal for me to go ahead... but unfortunately, now I have a new problem: VR games have lost much of their energy and community in the last couple years, and now I have to wait and see if VR can wake up and become relevant again.

(Also, once I start making the game available on VR, I'm going to have to maintain future compatibility with all future VR devices and standards. At this rate I think I'd rather wait until Valve ships their next VR headset + batch of VR games, and just adapt it for that standard. Or, if Oculus wins the VR wars, then their closed store would likely ban my games, and that's another contingency where I shouldn't bother.) 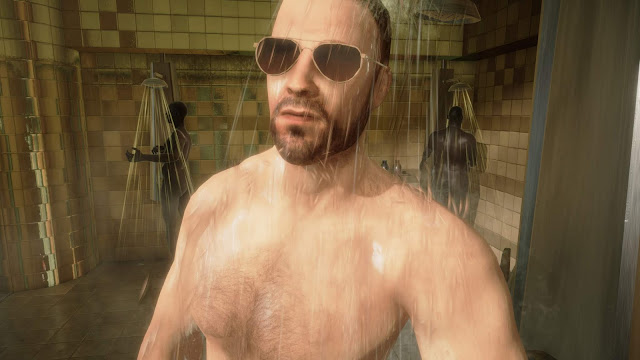 Today, my planning feels much more methodical. I have to balance my projects with my full-time job, with my other commitments and side-projects, with travel plans and conference appearances, and with my other research currents. All of these things are definitely nice things to have, and I don't mean to humble-brag or something! But now I definitely feel like I'm entering the "mid-career" phase of my life.

Like I want to finish my gay Go AI game, but my AI implementation is so slow that I'll have to re-implement the AI in Unity's multithreading job system and/or as a compute shader. To take proper advantage of that, I'll have to update my giant mega project folder from Unity 5.6.6 to Unity 2018.x. But at that point, I should also change over to the Unity high-def render pipeline (HDRP) assuming it's stable by 2019. When I leave Unity 5.x, I should also update my Steam integration and input plugin too and... there's just so much work and so many dependencies to consider. If I don't actively manage it, then it can feel utterly paralyzing. 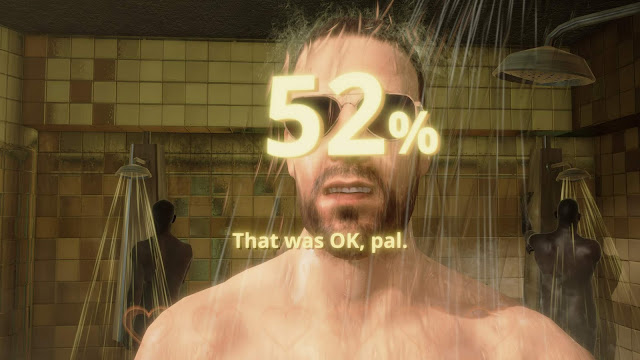 But as much as I want to move beyond Rinse and Repeat, I'm still fond of some of my design choices here, and regret some of my changes for this remaster.

I'm glad I didn't invest any time into naturalizing the hunk's robotic speech patterns; I enjoy the dissonance between his robotic performance of masculinity versus his absurd muscular body. Today, his performance reminds me of the stereotypical hunky gay Instagram guy ("instagay") who seems to live inside their own video game, and in many respects, this game is about how you must never actually attempt to consummate your online thirst. Some players get upset when they realize the ending always results in the hunk literally drowning under the weight of your expectations, and then leaving your game and never returning. But as I've argued in my artist statement, no other ending makes sense.

I regret not being able to keep the greenish / yellowish hue of the original. When I was remastering the skin shader, I had trouble getting the skin to read more like skin, unless I went for a bog standard "white guy in headlights" lighting treatment that was easier to calibrate. I feel like this means I don't do enough visual research, especially for lighting reference. 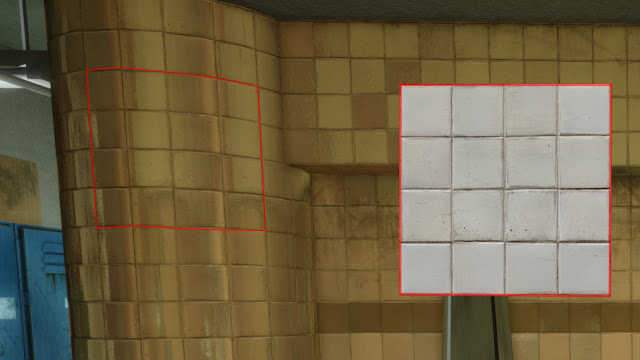 When you make something that people like, it's tempting to keep looking back at that thing, to study it endlessly in hopes of replicating that original response. People seemed to like Rinse and Repeat for its hunky bro character, voice acting, and very simple interactions. Does that mean I should keep repeating that formula? I mean, I could...

But that's not really how art works. Even if I did try to do it again, in the same way with a slightly different theme, it wouldn't really have the same effect or impact. (There is no such thing as repetition. Only insistence.) I also strongly believe that I have to keep challenging myself to do something different. After Rinse and Repeat, I decided to retire my hunky headliner character from my games, and to try to diversify the representation in my games. In a conscious effort to do the "opposite", The Tearoom features no nudity or voice acting.

Now in 2018, I've remastered Rinse and Repeat in the shadow of my next big current project in the Radiator cycle, a webcam stripping game about sex work called Macho Cam. Is Macho Cam different enough from Rinse and Repeat, or am I falling into a formula? Since I retired my recurring star, I've gone for a more everyday approach in my casting, using tools like Mixamo Fuse to generate more "generic" characters instead of recognizable celebrities, in an attempt to mimic Italian neorealism's approach with using nonprofessional actors. I now feel my style drifting toward some sort of quieter social realism, instead of Rinse and Repeat's comparatively big loud Hollywood approach -- seeing and feeling that change is ultimately validating, because it means I'm learning and growing.

(* The V&A does use a special "exhibition" mode, which sets the game to use an hourly timer instead of a daily timer, inspired by Michael Brough's similar treatment of VESPER.5 for the IGF. At any rate, I'm still satisfied with how inconvenient it feels for the average museum visitor, and it'd be cool if no one ever actually completes the game while it's on public display.)
at 4:44 PM
Email ThisBlogThis!Share to TwitterShare to FacebookShare to Pinterest