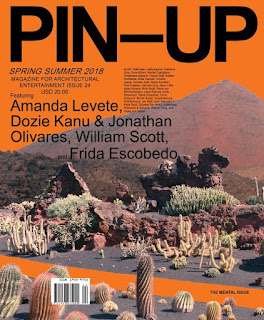 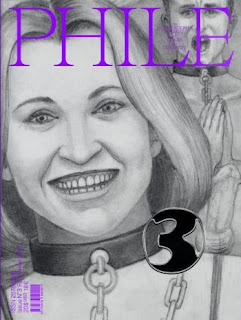 This post is about how we talk about video games, but it takes me a little while to get there...

This year, I was interviewed for two artsy print magazines: PIN-UP is "the only biannual magazine for architectural entertainment", while Phile is an "international journal of desire and curiosity" with lots of fingers in the art world.

Both writers Drew Zeiba ("INTERVIEW WITH ROBERT YANG, DESIGNER OF 3D FANTASY SEX SPACES") and Zach Kotzer ("ON GAY SEX AND GAMING") did lovely jobs with presenting my work to a non-gamer audience. And both publications kindly mailed me a print copy, and as I flipped through their glossy layouts and playfully experimental type treatments, I was shocked by how I'm such a fucking nerd and how these people are so much cooler than me.

When I'm flipping through PIN-UP #24, I'm mentioned in the same pages as Amanda Levete or Frida Escobedo, real architects making real art with their real professions and real expertise. In fact just a few months ago I was visiting London for the V&A Videogames opening, and I walked through Levete's V&A addition as well as Escobedo's 2018 Serpentine Pavilion. As their art and stature literally enveloped me, I had to wonder, why did I deserve to be featured alongside these much more important people?

Or in Phile #3, directly after my interview, there's an interview with Peaches (Peaches!!!) and she is just so much more amazing and brilliant than me, and it's absurd that my segment is right before her segment, or that a reader might accidentally reflexively compare the two of us together while flipping the page. Not to mention all the other pages in this issue, detailing this whole complex community of writers and artists working with sexuality and eroticism, where I'm not just some sort of weird curiosity -- in fact I'm probably the most boring artist in the entire issue.

Anyway this isn't about me airing-out my impostor syndrome or whatever.

On the contrary, I definitely fit OK into these discourses. In PIN-UP #24, Arakawa and Gins talk about "eternal gradients" and constant reassembling, which makes me think of constantly remastering and re-releasing my own games. Or in Phile #3, I learned how my problems with Twitch's hypocritical morality policing mirror Peaches' problems with YouTube's morality police, and I also feel a lot of parallels between my treatment of tile in 3D showers and featured artist Prem Sahib's sculpture of gay bathhouses.

Instead, what I'm emphasizing here is how these critical publications readily dissolve the barriers between mediums while maintaining high production values and curating a unique identity. And then these non-game publications still end-up performing game criticism anyway! 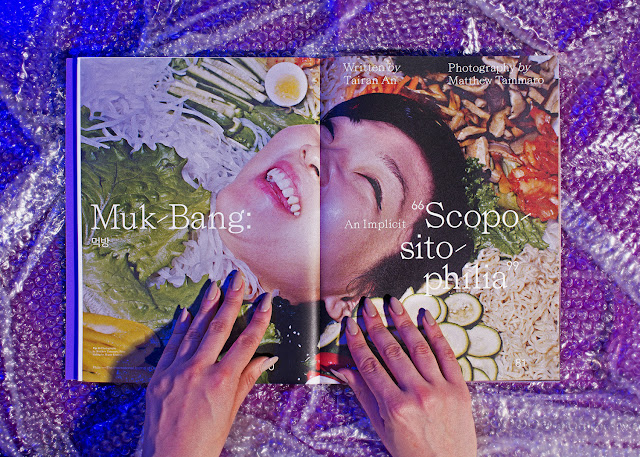 I have zero real-world architecture practice and I'm not really in the art world either, but these insider-ish magazines still tried to include me and wrote about how video games intersect with their domain. They also talked to performers, photographers, fashion designers, musicians, and sculptors, even though this wasn't Sculpture Criticism Weekly, or The International Journal Of Music.

I don't mean that as the claim of a conqueror to declare a new era. It is more about the solidarity of a criticism collective. The exact medium doesn't matter; what matters is the expression and the artist and the feeling.

Given recent conversations about "where is all the game criticism" and the somewhat low visibility / industry support of game criticism, it all makes me wonder what else we could be doing with game criticism. To be sure, there are lots of great independent game criticism publications doing important work already: Heterotopias, Deorbital, Unwinnable, Capsule Crit, ZEAL, First Person Scholar, Game Studies and many others I'm overlooking right now, but I imagine all these publications would agree that their readership and influence is less than ideal.

My experiences with non-games magazines suggest one possible new strategy: stop insisting we always talk about games, and stop limiting ourselves to just one type of medium or industry.

This ties into how I interpret Stephen Murphy (thecatamites) and Liz Ryerson's recent critiques of game criticism. If most game criticism has this baggage of the commercial gamer enthusiast press, and the deeper problem is in navigating this incessant consumerist impulse of the industry, then how about a new approach with new assumptions (and new baggage)? Murphy convincingly argues that currently the game critic must always apologize ("this game might look weird, but it's worth playing, I promise!!!") or emphasize a price ("this game is free, and that's the first thing you should know about it") which leaves little time to sit down and consider the game's actual ideas or content.

It means the end of a Game Criticism Trying To Prove That Games Are Worthy Of Criticism... and the start of a new criticism that just happens to include some games when relevant. We could treat games as part of everyday culture, and not some insular thing that no one else can understand. We could find new audiences, new alliances, new ways of survival beyond a game industry that never supported criticism anyway. (With new audiences and models, we could also find new ways to pay and support writers, etc.)

If we abandon the project of Game Criticism (capital G, capital C), then will game critics finally have the audience and support they deserve?

(SEE ALSO: "Not a manifesto; on game development as cultural work")

What do YOU think? Make sure to leave a message in the comments, and be sure to like and subscribe to follow the latest news on game criticism across the web
at 12:52 PM
Email ThisBlogThis!Share to TwitterShare to FacebookShare to Pinterest