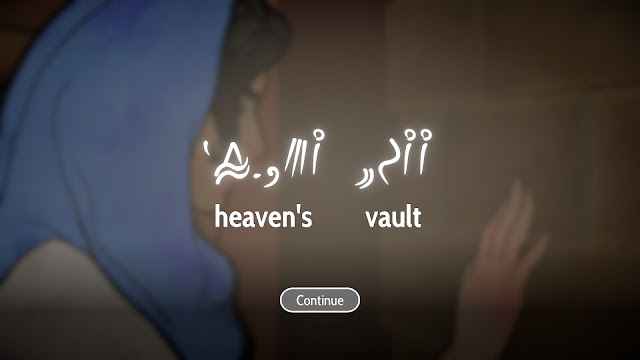 Capsule reviews are short critiques of games that I've been playing. In this post, I discuss Heaven's Vault, Virginia, Islanders, and Two Point Hospital. There's no specific story spoilers, but I do talk about how I think the games work.

Heaven's Vault. The dynamic branching and language system is great and impressive, and the Muslim-inflected sci-fi art direction feels fresh. It's basically a must-play for anyone interested in narrative design. (Maybe the main weakness is the less-than-relatable characters, who basically feel like vehicles to bring about plot beats. Which is probably how the narrative system works! Hmm.)

The game pacing feels awkward for much of the game. You get to do one fun archaeological linguistics detective scene every hour, but to get there, you have to sit through an uncomfortable water slide mini-game. It's meant to give a sense of journey and a bit of rest (as well as pad out the game length) but it's a bad sign when even the fast travel options here feel inconsistent and confusing; sometimes the game lets you go back to your ship cabin to ask for fast travel, and sometimes not.

But also just on a core minute-to-minute basis, the movement and camera never felt comfortable for me, and The Last Express styled character animation never stopped feeling like a crutch for scoping down production costs. It's interesting how this project made so much (very impressive) progress on "hard" game design problems like dynamic narrative or language simulation, but then tripped on what's considered relatively "easy" solved design problems like 3D character movement, game feel, or encounter pacing.

Again, though, I still think this is a must-play for anyone working in narrative. Just soldier through the less fluent parts. 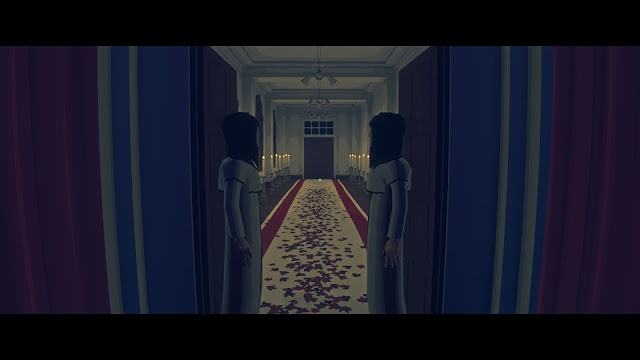 Virginia. The people who compare this game to Twin Peaks basically don't understand Twin Peaks at all. Twin Peaks isn't about diners, coffee, roadhouse bars, or even cryptic imagery. Why does no one remark on this game's odd reliance on epic action film orchestral music or its Usual Suspects-like montage reveals -- none of that feels like Twin Peaks, I'd say it's even anti-Lynchian. And so much of Twin Peaks is about its dreamy and creepy dialogue, a large ensemble soap opera cast... to me, this is just a huge colossal failure in video game discourse. In gamer world, Twin Peaks has been reduced to the equivalent of a contentless comparison to psychodelics ("whoa this game is like drugs!!!")

Did we watch the same TV show? Do game critics and gamers know how to watch TV? Can anyone in this cultural community interpret media outside of the framework of memes, lore, and plot puzzles? Does anyone question press releases or branding anymore?

I propose that Virginia is better understood as a 90s cop thriller film, going through a checklist of moments and setpieces that easily fits together. Nothing here lingers, nothing about Virginia is particularly troubling or dark, and every character has a clear through-line and motivation -- it's basically Hollywood style storytelling. That doesn't make it bad, but the broken expectations of a mistaken contemporary discourse were enough to sour my experience. I was engulfed by my utter alienation.

I'm now convinced: even if the "Citizen Kane of games" ever emerged, then no one would ever recognize it. Games don't deserve a Citizen Kane, or even a Casablanca. 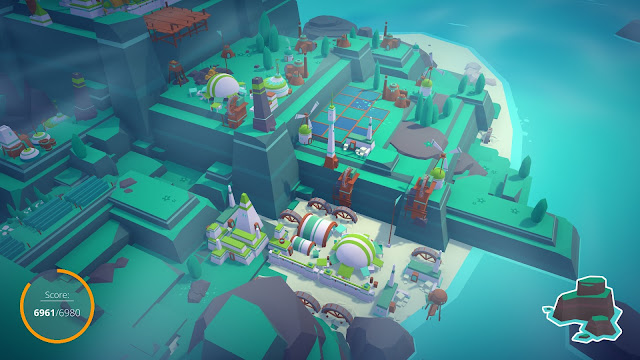 Islanders. This city builder is basically 3D Solitaire... which is brilliant. Perhaps what elevates it beyond Solitaire is when you start deviating from optimal play for the sake of a better-looking city. Sure, you could place your Temple next to the City for 50 points, but wouldn't it look better if you placed it over there for 10 points? What matters most, more points or more style?

Game designers often lament this problem with expressive creative styling games. To systematize the player's choices as gameplay, we must attach consequences to each choice -- but those consequences can often feel dissonant, off-tone, jarring, or arbitrary. This is especially a problem with fashion systems, where a game might tell a player that their character's outfit is shitty with low stats, but the player might love how the pieces match together anyway. Fashion resists simulation.

In practice, players resolve this dissonance much more simply than agonized game designers: we say fuck the game, we'll do whatever we feel like.

And then I put the Temple on the mountain for -75 points, because I don't care, I want the Temple there, damnit! 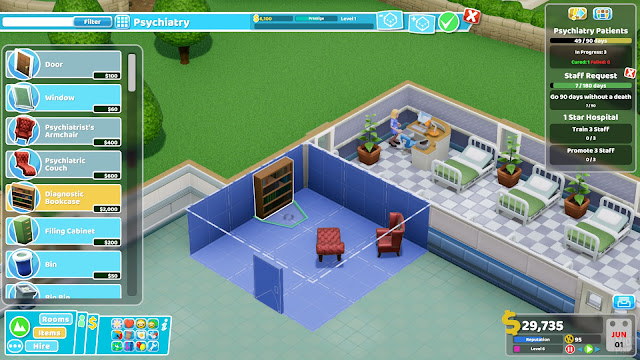 Two Point Hospital. As a kid I eagerly played through the entire campaign in the original Theme Hospital, so I looked forward to this remake like comfort food. And it was certainly comforting, but it was disturbing how little they changed the overall formula and play patterns. You still build a bunch of GP offices, 2-3 of the most advanced diagnosis rooms you have, a large ward or two...

The bigger systemic tweaks are probably the worst: there's now a deeper need to decorate your hospital or face operational consequences. In practice, this means tediously placing radiators or AC units in each room, and then spamming posters on every wall. Higher level play involves smart use of the copy-and-paste feature, to duplicate template rooms and optimize your labor.

The highlight of the single player campaign is halfway through with the NHS-themed level, which upends the entire game economy. Instead of treating patients for money, the game forces you to meet random operational targets like "train a nurse in a new skill" or "water 5 plants" to get more funding -- and the quality of care / patient outcomes no longer matters as much. Why do these incompetent government bureaucrats insist on mismanaging the NHS, almost as if they're trying to destroy it??? It's one of the few times when this silly hospital game transcends itself and actually has something to say about healthcare as a system.

Or the alternative is to play this like Islanders: to ignore the points and incentives and systems, and perform the game like a sandbox, and simply make something that feels a cool expressive space to inhabit. I don't mean to downplay that play style at all... but it also represents the end of game design as we know it.
at 12:14 PM
Email ThisBlogThis!Share to TwitterShare to FacebookShare to Pinterest