NOTE: This post has a lot of mechanics / game design spoilers, but no story spoilers.

NOTE 2: This isn't me trying to prescribe what "good tactics design" is for everyone. I'm just trying to articulate my own personal tastes and rationales. 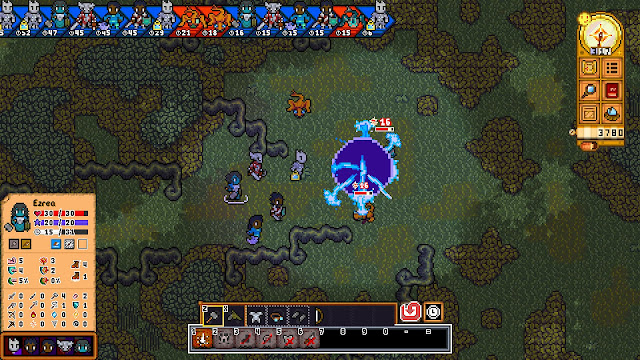 Horizon's Gate is a retro pixel art open world sailing game about exploring towns and dungeons, buying low and selling high, and getting into battles where you push and pull and surround. It's very good and you should play it. If you don't have much time, you can probably stop after like 5 hours. 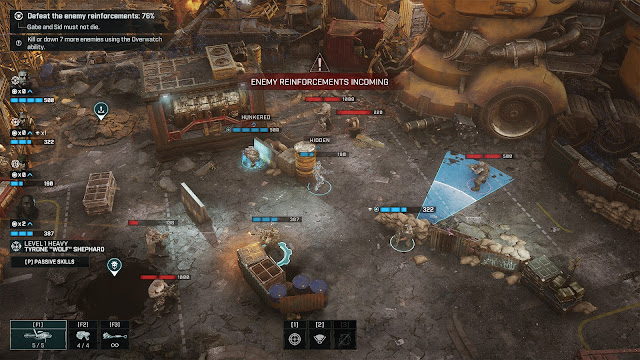 Gears Tactics is a fancy XCOM-style 3D tactics game about scooting into cover, managing sightlines, and doing actions in the best order. I liked playing it a lot, but if you don't have much time, you can probably stop playing at the 33% mark, after the first boss fight, which is the best part of the game anyway.

Anyway, again, I just want to reiterate that I liked both of these games. I played both to completion. This criticism is not meant to be an attack on anyone, it's just my opinion / me thinking out loud and reflecting on my reactions.
at 6:17 PM
Email ThisBlogThis!Share to TwitterShare to FacebookShare to Pinterest