new Quake map: "It Will Be Summer Eventually" 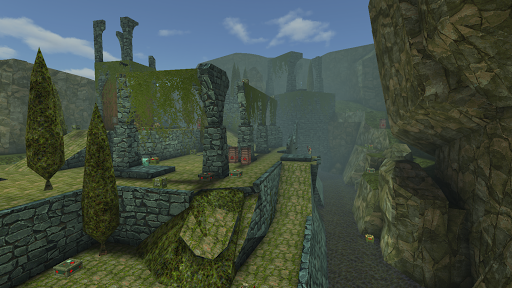 My third Quake map is another multi-level arena, a bit similar to my previous map Smell It In The Street. I made it for Speedmap #210 (SM210), a weekend map jam on the Quake Mapping Discord with a theme of "overgrown" by jam runner Naitelveni.

For this map, I think I did a bit better with combat design. The arenas are a bit more open and free than before, and the encounters have a bit more purpose and push. I also make heavy use of Copper v1.11's improved ogre aiming, fiend jumping, and trigger_monsterjump spawnflags.

I do notice I'm falling into a pattern with my nonlinear looping arenas. I tend to start with (a) spiral flow climbing upwards with (b) ~150% of the health / ammo / items I need to fight the first mob on Normal difficulty, leading to (c) the silver key opening a big supply cache for the second mob, and lastly (d) the gold key lets you exit. I like this pattern because it lets me reuse one central room, and focus more on it, but then that one room ends up having to carry so much stuff.
I'm also still learning how to do pacing properly in Quake and I'm constantly over-estimating what players like to handle. I'm finding that a lot of Quake players are trained to use the entire accessible room to fight, but for the way I setup the fights, that means they're just waking several encounters-worth of monsters to chase them and it quickly feels like too much. These players basically leap out of the frying pan and into the fire. Maybe I'm still working from Half-Life norms, where players usually try to defeat the current wave from their current position before progressing, and Quake culture is different. Or maybe I just need to change my approach to balance.
For my next map, I'm going to try to gate encounters better (maybe with a soft gate like a momentary jumping puzzle? I hate the "kill all monsters to open the door" type of thing) and also balance downwards from Hard difficulty (instead of playing on Normal and trying to balance up + down) to try to refine my continuous nonlinear looping arena style. 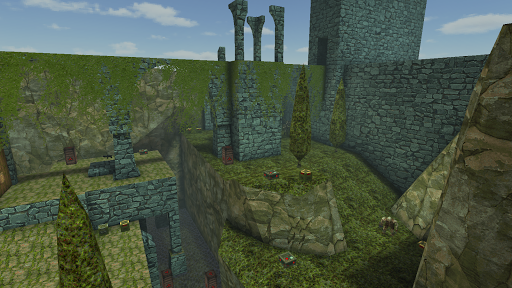 While I'm OK with how the combat gameplay turned out, I'm not very happy with the visuals and architecture here. It feels a bit generic and aimless, and throwing some last minute ivy everywhere felt like surrender. I probably should've spent more time painting the ivy texture, but fighting with the Quake 1 color palette at the end of the project was frustrating. I think this is an instructive example of how gameplay-first blockout approaches end up forcing the design into a weird corner that makes it hard to resolve art problems later on. I should've started the art pass earlier.

This lack of art direction was compounded by my first attempt to use the default id1 Quake textures. I don't know the textures very well, and this experience has convinced me that ignorance was bliss. Unless you build your levels to be fairly dense and compact to conform to the small texture dimensions, with lots of trim and segments everywhere from the very beginning, then these textures look terrible. So I did an emergency re-texturing halfway through this project and switched over to the Makkon set, which is much more forgiving with long stretches of wall. 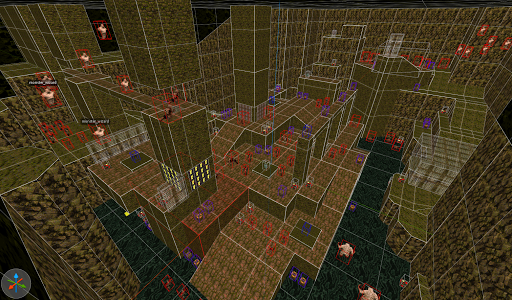 Unfortunately I didn't have time to rebuild anything, so I just copy-and-pasted some arches, pillars, and trims everywhere and hoped that felt cohesive enough. This type of construction is often a warning sign, a desperate cry for help. But spamming details can never compensate for a fundamental lack of vision or poor overall spatial composition! Next time, I have to make a more concerted effort to interrupt my initial gameplay blockout to do some art development.

Surprisingly, I think my haphazard first attempt at cliffs and rocks in Quake feels OK. It has a chunky Halo 1 vibe to me. I kept my construction very loose, and relied mainly on copy-and-pasting rock chunks and skewing / clipping / vertex manipulating chunks to create variations. This careless workflow is only possible with Trenchbroom's excellent brush geometry validation. In Valve Hammer Editor or JACK, I would've just kept getting errors or compile bugs. Trenchbroom is a champ. 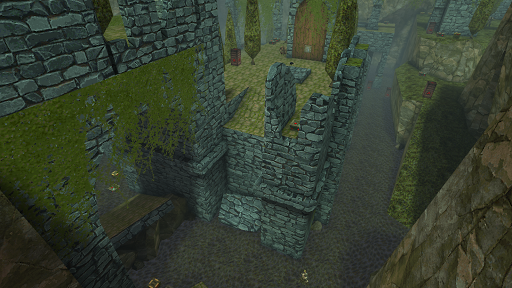 Overall I can live with what I was able to build and I learned a lot, but it's definitely not my best work.

But don't let my glowing self-recommendation stop you from playing this. There's a bunch of other great maps included in the pack. To play, go download the SM210 map pack. Make sure you also download and install Copper v1.11+, as well as a modern Quake client like Quakespasm. 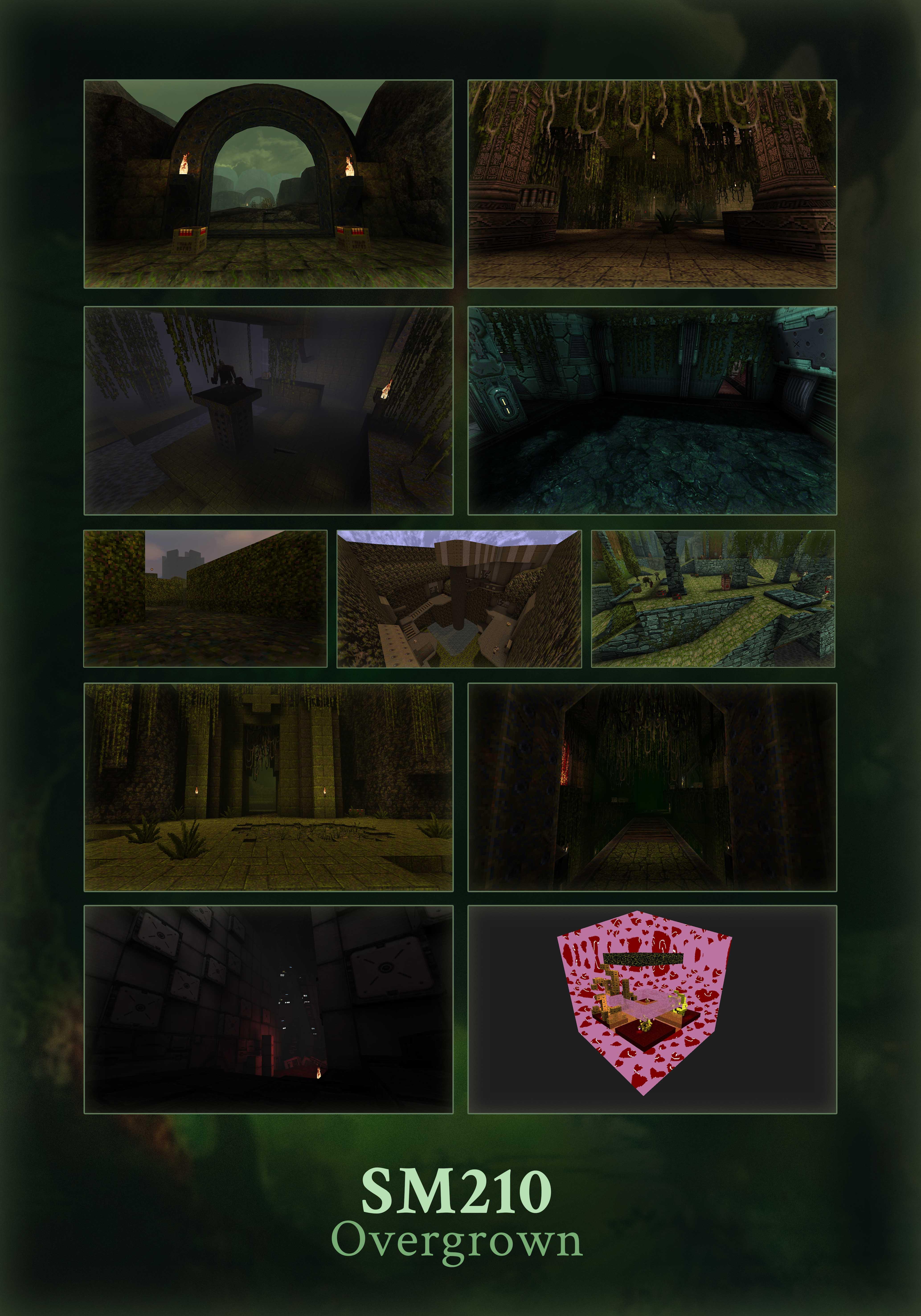 at 6:19 PM
Email ThisBlogThis!Share to TwitterShare to FacebookShare to Pinterest