Levels to Look Out For (October)

"Levels to Look Out For" are work in progress / recently released maps around the modding community. I like them, and you should like them too. 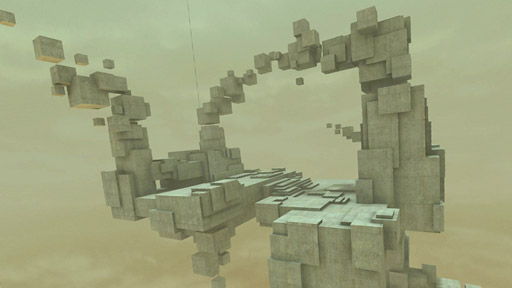 > lun3dm5, by Matt "Lunaran" Breit and Andrew "KungFuSquirrel" Weldon
A classic Quake 3 Arena floater developed as a side project by an adorable environment artist-level designer duo that used to work at Raven Software but now at Lightbox Interactive. Inspired by the brutalist sci-fi paintings of Peter Gric, who apparently really likes concrete and ambient occlusion. The detail blocks are procedurally generated by a magical Python script / Maya thingmajig that will someday gain sentience and replace all game developers. 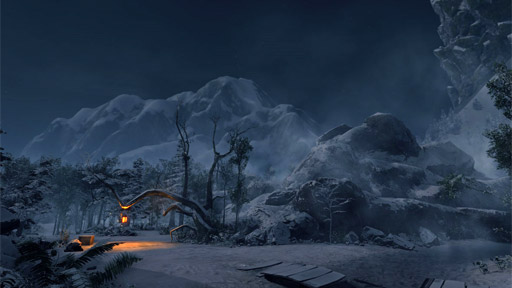 > Call of the Fireflies, by Clément "Corwin" Melendez
An atmospheric puzzle-based journey in Crysis. The visual mood is excellent -- I can practically hear the sound of silence, simply from looking at these screenshots. Unfortunately I can't vouch for the gameplay at all because I'll never own a copy of Crysis, but Corwin is doing a lot of testing so I'm sure it'll be just lovely. 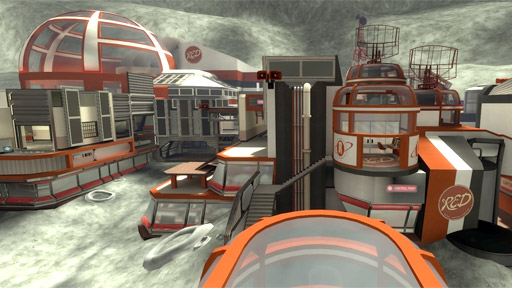 > artpass_mrhappy, by Jamie "Mr. Happy" Lea
Creating new themes for custom Team Fortress 2 maps is really hard; you have to look at all of Valve's themes and try to figure out what makes them work. A lot of the time, I find that the TF2 look is about a strange amount of sparseness and low detail that runs counter-intuitive to most level designer notions of aesthetics: "you mean I should leave that wall blank, without any props on it at all?!" This moon theme doesn't quite get the TF2 look right; there's too much detail, too much high frequency small detail, too many columns and supports -- "noise" as one commentator puts it. I doubt it will win... However, judging it by its own merits, it's a cohesive look that's pretty impressive and polished. I don't think I could've made this. 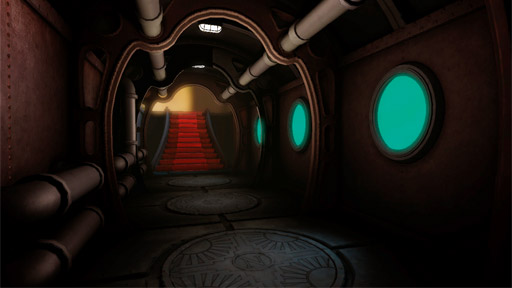 > Captain Nemo's Office, by Dan Shewan
This isn't a real level -- it's more of an art style test in UDK, and right now it isn't much to look at. However, I find the documentation of the creation process utterly fascinating. Since BioShock's release, it's been hard to build anything set underwater without feeling like you're cribbing from it; using Unreal 3, a similar engine to BioShock's custom made Unreal 2.5, probably makes it even more difficult to differentiate yourself. The best part about this thread is that you can see where Shewan fails and how he modifies his design in response, balancing steampunk with art deco with Disney sensibilities. (It's also a great example of how Polycount will give you a better game art education than most diploma mill degree programs...)
at 7:00 AM
Email ThisBlogThis!Share to TwitterShare to FacebookShare to Pinterest