Dark Past (part 1): On the immersive sim, mechanics, and mod communities. 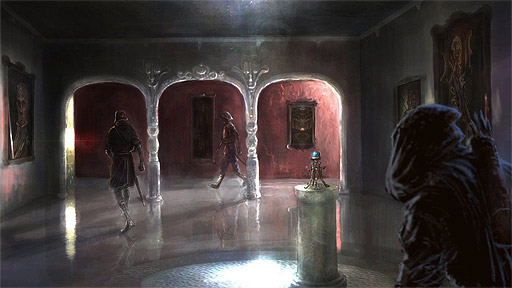 Thief has always been a hardcore FPS series: uncompromising, often difficult, with large sprawling levels that you inevitably get lost in -- all designed to maximize emergence and spit on the linear scripting of the modern arcade FPS today.

Games of this breed (System Shock, Deus Ex, BioShock, Arx Fatalis), dubbed the "immersive sim," are supposedly dead, they say. They're probably right. In fact, almost every person interviewed in RPS' amazing "Dark Futures" series makes a gesture towards accessibility and user-centered design. The guy I quote extensively, Randy Smith, is tired of the hardcore 3D game market in general. The future of games is mobile and usable -- prophecy never lies.

But!... Eidos is now working on sequels to the two pillars of the immersive sim, Deus Ex 3 and Thief 4. Consider how much BioShock had to drop in order to be successful: they stripped away basically any system or mechanic that didn't relate directly to shooting someone in the face. Is it worth that price, to preserve this bloodline of game design? 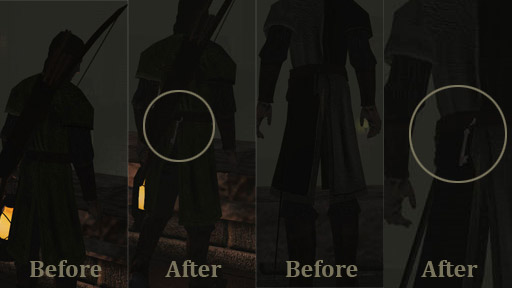 That's why I enjoy the team at The Dark Mod. Currently there's a discussion in the forums about keys attached to NPC's belts, how they're too dark and no one can see them. Yet the brighter and more sensible "after" fix is not being merged into the main build! For some crazy reason, they're not standardizing key brightness -- "some players like it that way."

Well then, I'd say that this supposed "silent majority" can download an optional "key darkener" file, but that's not what the team does. Nope! At the Dark Mod, legacy behavior trumps all.

I love it. It's such poor design, practically intended to alienate as many new players as possible. It's uncompromising... No, seriously, this is a really awful approach to design. ("This is a problem for many players? But I, personally, like it this way! Oh well, too bad for the players. They can download this tweak and edit all these files to get what they want.")

... In this sense, it's artistic in how stubborn it is. Maybe even poetic. It's the idea that a player should conform to a system rather than the other way around. 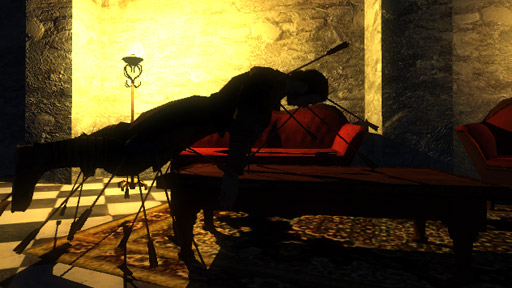 (In case you can't tell, the game is accurately (?) simulating how the arrows would hold his legs up, hold his head up, etc. I was really surprised with this, by the way. Carmack's physics implementation in Doom 3 seems really robust like that... The Havok physics in Source wouldn't handle this nearly as gracefully.)

Looking Glass Studios, filled with the smart dudes and ladies from MIT, had this type of game design down to a science. You can read more about their design philosophy from Randy Smith's website, but I'll summarize some salient points here.

Thief is about exploring a space. Your in-game mini-maps are realistically (and sometimes comically) unhelpful and full of incomplete information. Stealing loot and solving puzzles were just McGuffins to keep you on your toes, finding new movement solutions through analog interactions with NPCs. A mini-map or "objective arrow" on the HUD would ruin everything and destroy the beauty of this interaction, even as these features are now commonplace in all mainstream commercial FPS games.

Now, by "analog interaction," Smith means player choices and system feedback of varying intensities, to be mixed and matched to create nuanced interaction: 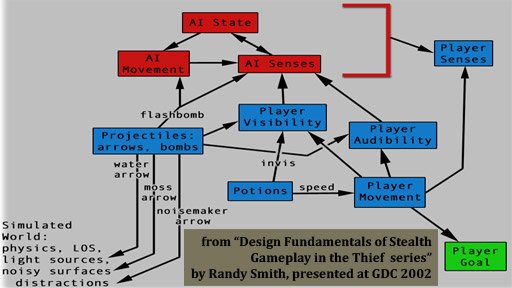 ... as opposed to "discrete interaction," such as in the "Choose Your Own Adventure" [from a Small Set of Pre-Authored Choices] books for kids: 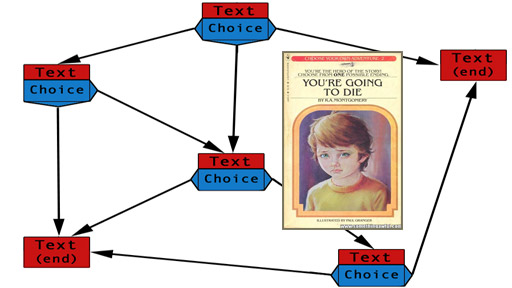 If you're not familiar with the gameplay in Thief, just compare those two flowcharts. One is much more interconnected, with arrows flowing in both directions -- this is true non-linearity, a tension between two forces with multiple levels of meaning between player and game, allowing for a granularity of yomi beyond a discrete set of rock paper scissors, etc.

Back in 2002, Smith was presenting CYOA as a superficial kind of non-linearity. Sure, you could choose, but the choices were limited and rigidly defined. You call that freedom? Since then, the mainstream game industry has obviously shifted towards this discrete approach; you can choose the "Lie" dialogue option or the "Paragon" option. Even Facebook relies on this binary -- you're either friends or you're not, with nothing in-between.

Zero or one, true or false. If only our non-virtual lives were as boring or easy?

But the countless places you can move in a first person shooter? The ways you can look, your running speed -- the myriad combinations of different tools... I've never actually said a word to an NPC in Thief, but my interactions with them have been among the richest conversations I've had in video games.

(Smith also presents a disclaimer: "analog" isn't really new, isn't the only way to design interaction, isn't the Holy Grail, etc...) Plus, none of this is unique to Thief. We love Grand Theft Auto, Elder Scrolls, Fallout 3, Minecraft, this epic Quake 1 speed run -- we love them for the millions of ways to play them.

But the difference between sandbox games and the immersive sim is that emergence didn't affect the "whole" of the game.

Is JC Denton the guy who uses a taser or a shotgun? NPCs notice. The world notices.

Comparatively, if you steal 100 cars, do the police keep a file on you? Do they stake out your home? If you stole an expensive car, does an NPC notice and treat you differently? Do you steal cars more often from white people -- is that related to the player character's backstory? There are no consequences in GTA, otherwise you'd be paralyzed with fear instead of causing so much mayhem.

The immersive sim asks, "How? Why?" 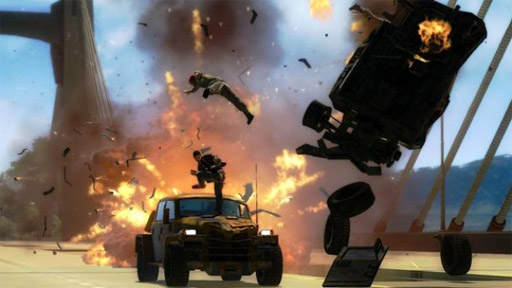 The sandbox game asks, "What?" and then adds, "Hey, steal this helicopter. Another will respawn if you crash it. Whatever." Do whatever you want... just 'cuz.

>> Next time...
Dark Past (part 2): On level design, cybernetics, architecture, and all that converges.
at 5:18 PM
Email ThisBlogThis!Share to TwitterShare to FacebookShare to Pinterest