These are levels / environment art that I think are cool, and you should agree with me. 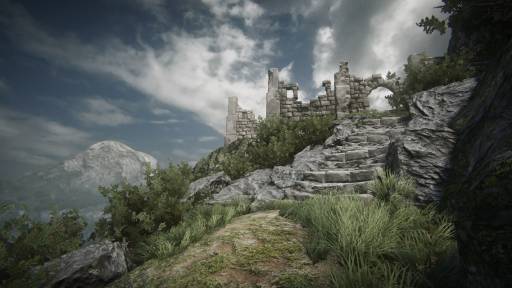 > UE3 Medieval Scene by Jordan Walker
This is what a next-gen Elder Scrolls: Oblivion (or the upcoming sequel) should look like... well, if Bethesda had the resources to hand-place every clump of grass. But that grass! Wow! (Turns out the secret is some shader talk about taking world position normals instead of face normals, or something...?) 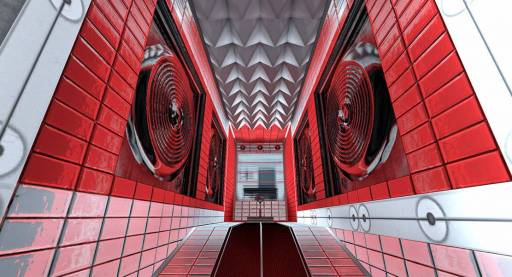 > Chell's Legend by Jason "Generalvivi" Mojica
I 'll be blunt: I don't like the screens with the super shiny normal-mapped spiral disk thing embedded in the walls. Valve usually avoided such heavy / blatant use of specular, I think, because it looks bad. Instead, Mojica's work is at its best (and most confident) when he isn't relying on a super-reflective prop_static to create visual interest; the "plainer" screenshots show great understanding of scale and form with a good balance of smaller and larger details. I love what he does with blocks and windows... Just, please, get a specular mask on that thing! > Warmeriville by Michael Betke
Betke's posts are always interesting in that he's almost always in a time crunch and that figures prominently in how he builds his environments. Amateurs don't talk about time because we spend an embarrassing amount of time flying around in the 3D view doing nothing, and professionals are under NDA not to talk about process like that -- so it's rare when you get a practical picture of how to do things. Most recently he's been talking about the growing use of real-time game engines by architects for visualizations; last I heard though, the arch-viz industry was a mess with a shift towards a factory model.

> koth_lakeside by Valentin "3Dnj" Levillain
There was some brief controversy in Mapcore over whether this TF2 Artpass winner should go for the yellowish-lighting scheme or the purple-ish lighting scheme. (I was on Team Purple, of course.) However, my main concern here isn't color; it's lines. They're too straight, too right-angled. Maybe I'm too influenced by Prince of Persia: Sands of Time, where the art team went to great lengths to break up all the straight lines everywhere. Plus, c'mon... limestone doesn't stay that sharp! 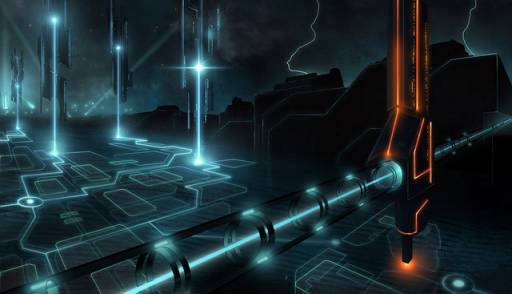 > LPC #4 @ Polycount: "Tron" (concept art by Joshua Stubbles)
Like, no one is making any environments for the Tron-themed Low Poly Challenge -- I don't understand it. When I think of Monolith's Tron 2.0, I think of the levels; in the movie, the stale plot and characters are just a delivery system for this amazing world. The environment IS the real star of Tron! C'mon, Polycount!
at 2:06 PM
Email ThisBlogThis!Share to TwitterShare to FacebookShare to Pinterest