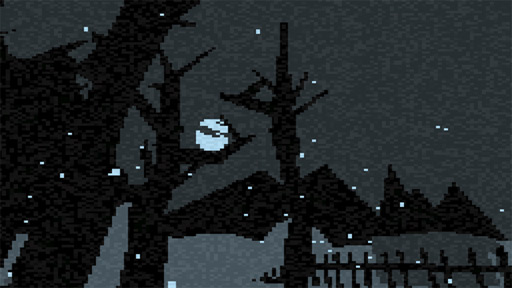 I'm posting this early because he's declared it "done" already: I think "Hide" might be the first (or at least one of the first) games completed for the Super Friendship Club's first game pageant, "Justice."

It's yet another Unity FPS, sure, but it twists the formula rather well -- the clever way he's done the sprint controls, the smart downsampling effect that makes Unity not look like Unity at all but allows him to stylize some otherwise roughly constructed props, and the really chilling sound design -- among many other things I admire. (I'm totally going to steal the sprint idea / the downsampling technique for my own games, by the way.)

... And that's all I'm going to tell you. It might've been too much already.

(PS: Mr. Andrew, optimize the file size a bit and release a web build!)
at 8:00 AM
Email ThisBlogThis!Share to TwitterShare to FacebookShare to Pinterest