"Do you think shooters take themselves too seriously?" 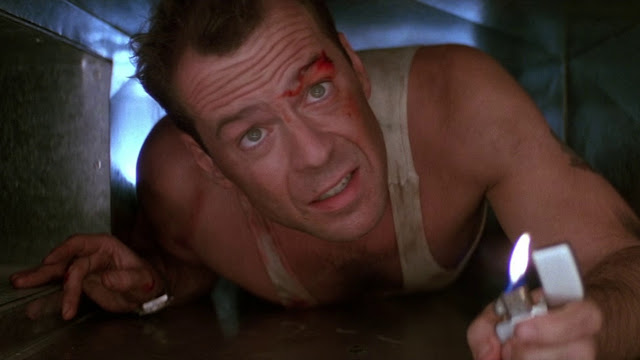 I was asked my opinion on this very important topic (?!) for a Kotaku piece and given the editorial constraints, the author chose to quote only the first paragraph -- which is understandable, it's a self-contained thought and I sent her too much -- and she was using "serious" differently. However, the piece did end up misquoting me by omission / editing. Again, it's not that it's her fault (it's not) or that I'm upset (I'm not!), I just should've expressed myself better. And written less. Here's the full text of what I sent:

If you're actually serious about war, then military shooters get 99% of it wrong. The US fights wars with unmanned drones, viruses, trade embargoes, and giant bases they airlift to the middle of Afghanistan. More significantly, they these games argue war is something inherently winnable, to some degree, through personal agency. The video game depiction of war is so misleading that we have to consume it as fantasy.

So, instead, I think modern military shooters are best understood as Hollywood blockbuster action movies. If we think about it like that, Die Hard takes the geography and materiality of the setting (the mechanics of action) VERY seriously -- in the beginning, Bruce Willis' character takes his shoes off to relax his feet on carpet because he's a stressed-out NYPD cop, but then later he has to walk on broken glass with his bare feet, which has consequences. The movie spends a lot of time on this, and makes sure the line of causality and punchline for the bare feet are all consistent and feel earned... but it spends all of 2 minutes dwelling on the thematic backdrop of terrorism and Japanese-American corporate culture. Bruce Willis is charismatic and human enough for Die Hard to work like this.

Modern military manshooters are dead serious about shooting mechanics and making things feel "authentic" but to me, it doesn't feel as important and earned as action in Die Hard. They don't have Bruce Willis, they have a military guy with a mohawk shouting obscenities at foreign people. Any emotional beats always come off as American propaganda masquerading as armchair political theory because it's so deep in the military stuff.

I went to go see the Bourne Legacy the other day. It was alright. A lot of these movies feel much more timely than manshooter games because they're about military veterans coming home, but damaged in some way. Bourne movies argue it's because big government tries to play God through science (all the worst things in the world!) and it ruins families, which is a more complicated argument than any Modern Warfare makes. But here, the politics take a back seat because they're embodied through a more apolitical, personal story -- a romance -- which is why I can laugh off the politics.

All action movies need moments where the action hero proves he's human despite the mass murder he's committing, and in Hollywood that's usually through comedy and a romantic foil, but AAA games are notoriously bad at romance and only Valve and Double Fine have a grip on comedy. So then how do you get those human moments?

Manshooter narratives seem to work the other way, starting from politics then extrapolating down to human costs, which doesn't work. The most recent shooters shout "Iraq was a good idea but hampered by some arbitrary human cost that we can't mechanically represent in-game because your controller is shaped like a trigger" or in Spec Ops it's "War is hell" -- the latter is supposed to be an "evolution" but I liked it better when I watched Full Metal Jacket decades ago -- Iraq / Afghanistan was a Vietnam, yes, but then you just end up making a game about Vietnam except it's a desert.

I think the most logical next step for shooters is to ditch the military pretense and depoliticize their narratives. Splinter Cell went for Bourne, Uncharted went for Indiana Jones. The next great AAA shooter might be a free-roaming Die Hard game set in a single skyscraper -- or at least that's the shooter that I'd make. In fact, maybe I'll start making it right now...

TLDR; Seriousness of stakes or "gravity", in the sense of a narrative drama, is a human concept that must be earned or else it's dismissed as inauthentic. A propagandistic military shooter with a generic xenophobic 20-something muscle guy, then, often fails to earn that humanity, while most action movies use romance and comedy to get it. Because romance and comedy are two of the most difficult concepts to get right in a shooter, I propose an alternate solution -- to abandon the military context, because there's just way too much baggage there.

Die Hard is pretty apolitical and easy-going. Your game about American soldiers in the Middle East, however, is NOT apolitical. Get rid of the politics because you're not saying anything interesting with it anyway.
at 10:05 PM
Email ThisBlogThis!Share to TwitterShare to FacebookShare to Pinterest