Levels to Look Out For, September 2012

Hey, I just remembered to do these again, so here's some recent work-in-progress environment art / level design deserving of your notice: 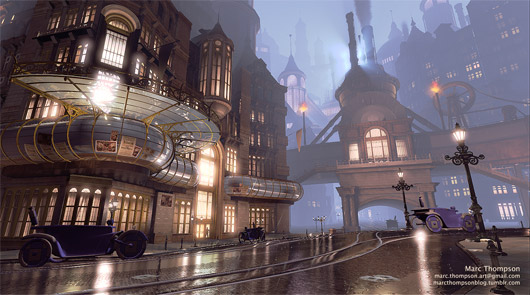 Victorian City by Marc Thompson
I always thought art deco was a strange choice for Thief 2 to pull from. Architecturally, they started from medieval and skipped right past baroque, art nouveau, neogothic, and victorian styles, which always seemed ripe for use in a steampunk urban setting. Thief 3 channeled some straight-up gothic as well, which was disappointingly generic. Wouldn't these other, more sculptural styles, show-off your fancy newfangled normal mapping tech better than some boring brick insets? Oh well, here's hoping Thief 4 fares better -- Thompson offers a convincing glimpse of what a next-gen shiny victorian style might look like in a contemporary engine, with some really great use of fog. 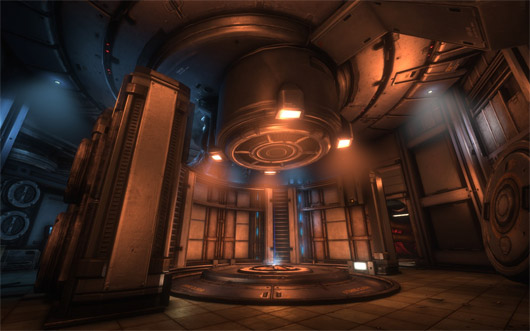 ns2_veil by Shawn Snelling
A remake of the original Natural Selection 1 map by Andrew Weldon. It looks fantastic, but I think it really crystallizes how my biggest complaint with Natural Selection 2 levels is with the color palette -- it's often all over the place throughout the map cycle, and so many rooms look like they belong to several different places. I understand it makes the locations more memorable as landmarks, and might aid in orientation and navigation, but Eclipse and Veil were these lovely dark fuchsia spaces that had their own voice and constrained color palette that still didn't really sacrifice navigability. 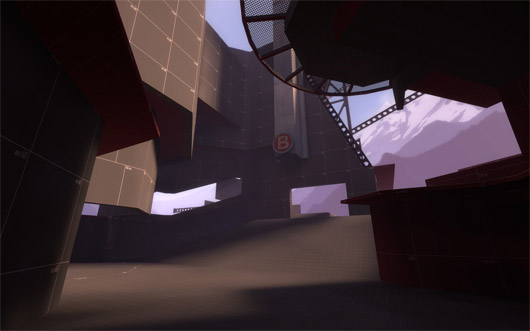 Untitled TF2 map by Jean-Paul Jarreau
When I still worked on Black Mesa Source, Jean-Paul was the designer on the Lambda Core chapter and had a habit of making everything really tall and twice as big as in the original -- or at least I remember his areas feeling like that -- and on one hand I admired his sense of monumentality, but on the other hand it sometimes felt like a cartoonish exaggeration of the original scale. Black Mesa was a secret government research lab that easily resembled a supervillain lair if you raised the ceiling by 512 more units. So, I think Team Fortress 2 (especially the world's fiction) suits his sensibilities better, and he has a really good eye for shapes and silhouettes, as you can see in his blockout here. I'm pretty sure he despises boxes.
at 5:13 PM
Email ThisBlogThis!Share to TwitterShare to FacebookShare to Pinterest