As a palette cleanser from the last four sex games, I've been remaking my favorite of Alan Hazelden's Puzzlescript suite, "Mirror Isles", with my own art and narrative. It's been refreshing to have the design of something already figured out, and for the past two weeks I've just been pumping out art and code.

The game has come together surprisingly quick. I'm not sure if it's commercial or anything yet, I guess me and Alan will have to talk about that at some point, but for now I'm enjoying this as a craft exercise void of any marketing concerns. 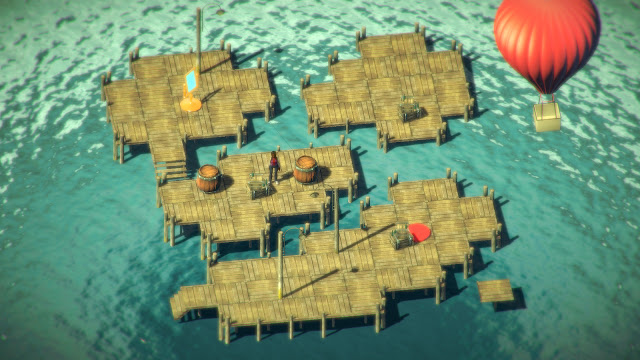 Tentatively, it's called "Pain Festival", and it's about a late 20-something black woman whose life is kinda falling apart in the way that "millennial" lives have been collapsing, but she's going to figure out how to pull through it and be more than her pain.

The script is mostly done and implemented, and incorporates an interesting story note from Alan for Mirror Isles that never actually got used, so it's kind of fun to flesh out that aspect more. I'm currently contemplating whether it should have full voice-acting or not... I think I'm probably going to do it. Somebody stop me, please... 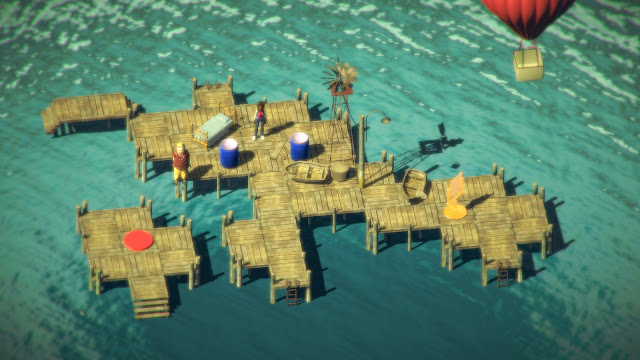 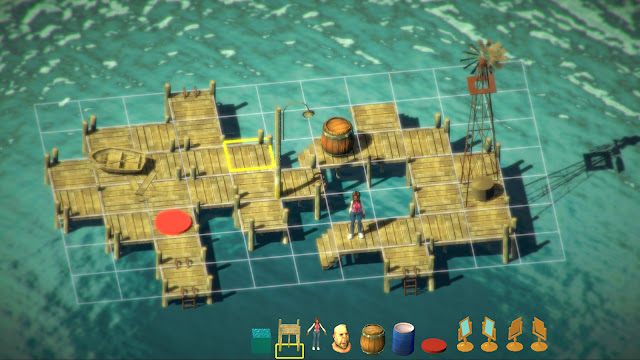 I got a lot of feedback, mostly from men, about why Hurt Me Plenty doesn't let them spank women. My response is usually something like, "there are already hundreds of games that let you inflict pain on women." At the same time, I'm seeing a lot of my women friends suffering in games, wondering if their careers will be defined by their ability to suffer. So this is me trying to make a game about women and pain, except not for the sexual appetites of straight men. I hope it speaks at least a little bit to women, or at least lets them know that I've been listening.

Puzzle games usually treat narrative in a pretty instrumental way, which is maybe one of the nicer things about them -- no bullshit lore databases, no heavy exposition, just some fucking puzzles. At one point, Mirror Isles says something like, "oh hey this game element is different now, oh well", and there's a sort of humanity to that.

I want to try to meld that relative sparseness with the sensibilities of the personal Twine genre. Personal stakes, nothing about saving the world except your own world.

On the other end of the spectrum, you have the Braids and Talos Principles of the world, trying to argue their crate-pushing interactions are deep introspective ruminations of pure philosophy, which mostly just makes me cringe. As far as I'm concerned, those games have less story than Mirror Isles. 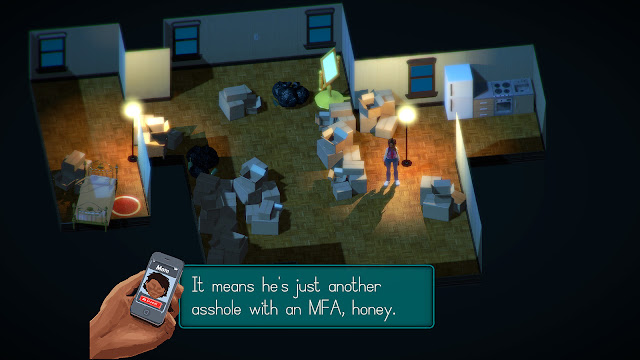 It's also been fun to try to do technical things I don't normally do -- working with a tile system, or programming a MVC-ish game state manager for undo support, or handpainting some character dialog portraits.

It also has a mom in it. I think putting more moms in games is a small but radical way of combating militant masculinity in games. You thought gaming was your paradise, your gamer solitude where you can wallow in your complacency? Wrong. Your mom is going to invade your video games -- suddenly the fog wall will materialize, the red phantom will step out and point her sword at you -- and tell you she loves you and you should call her more often, and would it kill you to change your sheets every now and then? Then she'll stab you in the face and absorb your souls. #Momification #MomGames
at 1:24 PM
Email ThisBlogThis!Share to TwitterShare to FacebookShare to Pinterest