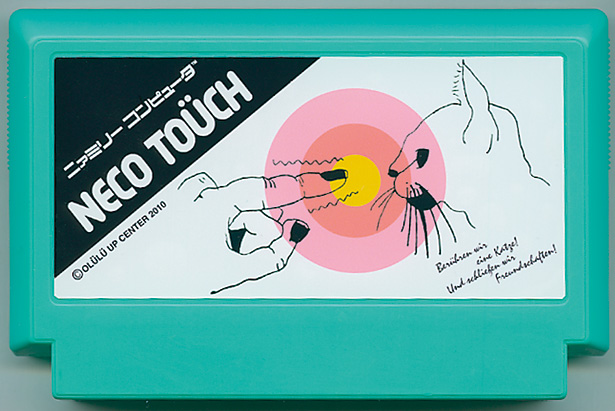 This post is part of a series about "sex games."

There were so many games about sexual poking that I had to give them their own category. I mean, poking is a very distinctive gesture. It's a very brief moment with a very small surface area, but we place so much significance on it anyway.

Early Facebook was witness to "poking wars" where Facebook friends exchanged pokes with each other -- but you couldn't just poke anyone, right? There was just something so so wrong about parents poking their children on Facebook. Instead, poking seemed tailor-made for situations like when you poked that cute boy from your biology class, and then he poked you back, and now you have to decide What All This Means. ("Well, he waited two whole days before poking back, so I guess he hates me?")

Poking is immature, yet also tantalizingly ambiguous and demure. It's the stuff that meet cutes are made of. But the sex-poking games I'm going to discuss now? They're still immature, utterly rolling around in their immaturity and silliness, but they are definitely not ambiguous -- instead they are gratuitous and deliberate gestures all at once, like some exaggerated caricatures of poking.

This 2 player game was made as part of an amazing design community called "Glorious Trainwrecks", where the goal is to quickly make small short simple games with very little polish or concern for "quality". That said, this is a very high quality game. where you can move your tongue up and down, and kind of joust with the other player, and if you can touch the back of their mouth then you can push the other character off the screen. You're kind of balancing offense (a longer tongue) with defense (a thicker tongue) in a weird funny way.

This is a similar game about kissing, but it's also very different. In this 2 player game, you don't necessarily battle your partner. Instead, you move and extend your flexible tongue around. There's opportunities to be very tender and expressive, but there's also opportunities to poke your partner in the eye.

It also has a great attitude about the consent of kissing. Before you can play, you and your partner must consent to kiss each other. It's the opposite approach of I Love You But You Kiss Like A Girl. There, "kissing" happens even without any user input, while here, kissing is something very deliberate with clear consent.

Note that if you end up saying no, the game is totally fine with that, and you don't kiss, and the game is instantly over. It "celebrates no", much like how Merritt Kopas explores more in her game Super Consent.

This is a very different kind of poking, a poking of dicks instead of tongues. In this competitive 2 player game, you and your partner try to hit each other dicks with your dicks. When you hit their dick enough times, their dick literally falls off and you win the round.

The game is styled like an early 0-bit Atari-era game, with blocky graphics, limited animation, and few colors. Your dick is just a barely scrutable line of pixels, which makes the punchline work. 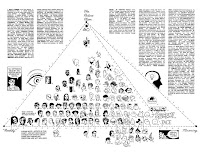 Specifically, the timing on the animation of your dick, dropping to the ground with a dull thud, is perfect. It wouldn't have worked nearly as well if the dick were incredibly representational or photorealistic. Imagine an equivalent of Scott McCloud's "big triangle" of representation and design abstraction from "Understanding Comics", except for dicks -- this game would be found approximately in the top-middle of the triangle.

Oh, and make sure you try the "projectile dick" mode. 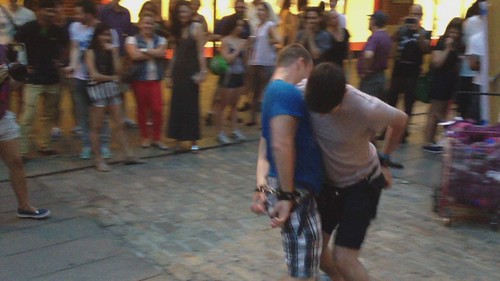 In this game, people usually get pretty rowdy and run / circle / tackle. This game basically follows the same premise and tone as Lo-Fi Dick Fight, even down to the Atari-era nod toward simplicity and abstraction -- and when I played it once, my "dick" even snapped off when I played a little bit too rough with my partner.

When this happens, you are at once entertained and mortified; breaking the joystick possibly means a waiting spectator will not be able to play, or at the very least you just cost the game-runners some money. (It was not your dick to break, you dick!) So, in a twist of events, you end up feeling a bit responsible for this dick... or at least I did.

When you celebrate the importance of poking, you also end up celebrating the deep meaning of every gesture -- if a poke can be tender or competitive or meek, then imagine the depths of meaning inherent in the brush of a knee or the momentary turn of the head.

It's almost as if sex, much like brief gestures, does not have a fixed meaning and is highly contextual depending on the situation?...

(By the way, my favorite game about non-sexual poking is Cat Poke.)

NEXT TIME: part 3, sex as authenticity.

« go back to part 1, "sex as bodies."
at 2:39 AM
Email ThisBlogThis!Share to TwitterShare to FacebookShare to Pinterest