Call for games / installations: Now Play This 2017 in London, England 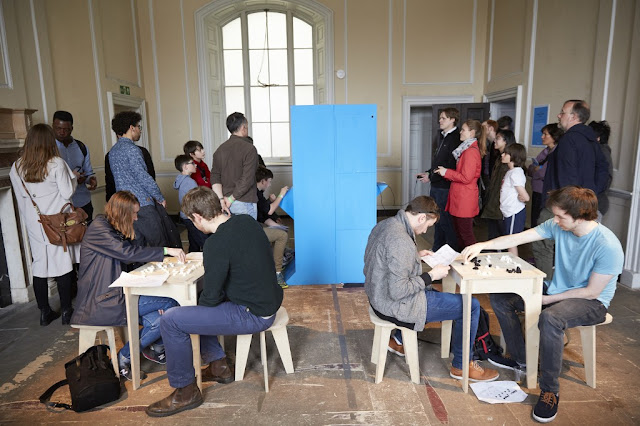 I highly encourage any designers and developers reading this to submit their games and things for Now Play This:


Now Play This is a festival of experimental game design, showcasing some of the most interesting games and playful work being made around the UK and the world. It will run for the third time at Somerset House in London from 7-9 April, 2017, as part of the London Games Festival. There’ll be an exhibition of games running throughout, plus special events including a board games afternoon, a strange controllers showcase, and, on Friday, a day for discussion between practitioners. Tickets will be available from February 2017.

It is a curated show, but they're also open to submissions and contributions. There's "a small honorarium of £75 for work [... they] also cover limited travel and production costs." Here's the basic brief, which seems to encompass, "basically anything interesting":


We’re interested in everything you can play: videogames, boardgames, street games, performances, paintings or drawings that invite you to play while you look, responsive sculptures, artist-designed toys, interactive installations, games for one person, games for twenty, things that probably aren’t technically games but never mind, strange contraptions, unreleased work, old favourites. Our 2015 and 2016 lineups given an idea of what Now Play This is like, but for 2017 we’re particularly interested in:
We’re also particularly interested in work that uses paper in interesting ways, or that’s fun to play as well as watch, or which can accommodate a large number of players (whether through short play sessions or many simultaneous players).

Last year, they featured my dick pic game Cobra Club HD in their exhibition, and I'm told lots of giggling moms hogged the kiosk and kept shooing their kids away. Sounds really fun! If you're in London, make sure you don't miss it!
at 11:00 AM
Email ThisBlogThis!Share to TwitterShare to FacebookShare to Pinterest