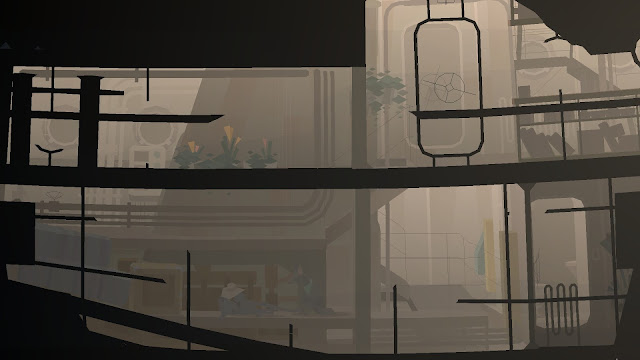 A lot of people will say Kentucky Route Zero is "minimalist"... but I think that label is pretty misleading.

It packs every single scene with countless details and thoughtfully executes each of those gestures. Every playthrough you'll read tens of thousands of words, much of it expended on long evocative description -- this isn't actually a "minimalist" game, in terms of literary tradition nor in terms of what it demands from its players. Every scene is lush with history, detail, and allusion, and KRZ never patronizes you if you don't really get it. Instead, it patiently pushes you to grasp it as a whole.

This "whole" is something that carries over to the game's technical infrastructure as well. Everything is connected; the game frequently calls back to your previous choices, and awakens seemingly dormant "meaningless" choices. It is one of the most complex narrative designs ever attempted in a video game. Instead of a few discrete branches, there are dozens of small branches -- like Chivalry Is Not Dead, it is more "bushy" than "branchy." 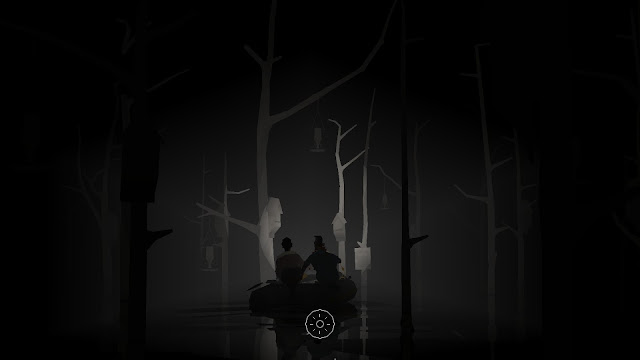 This tendency to downplay every user choice goes against contemporary narrative design trends, as popularized in games like Telltale's Walking Dead series, which foregrounds every choice as a possibly significant branching choice, only for every choice to "not matter" by the end of an episode. In KRZ, you might make a choice, only for it to "secretly matter" somewhere else.

Much of the pleasure of this game is in seeing how these numerous small branches converge. It might be a small decision about naming your dog, or a detail of your character's past, or whether you will adopt a cat or not. Sometimes there are surprisingly large consequences: for instance, a recurring character in Acts 2-4 won't even appear unless you accidentally met him in Act 1. I'm also hoping / predicting a seemingly throwaway choice from Act 3, where Junebug gets paid for a gig with an IOU from the Hard Times distillery, will play a role in helping a certain character in Act 5.

If it were a AAA game, the back of the box would boast, "over 1000 story variables tracked!" (You can see all of these variables by opening Documents\KentuckyRouteZero\save.krz in a text editor.) That's a lot of game state to track. The game system remembers everything, but only a fraction of it is useful. 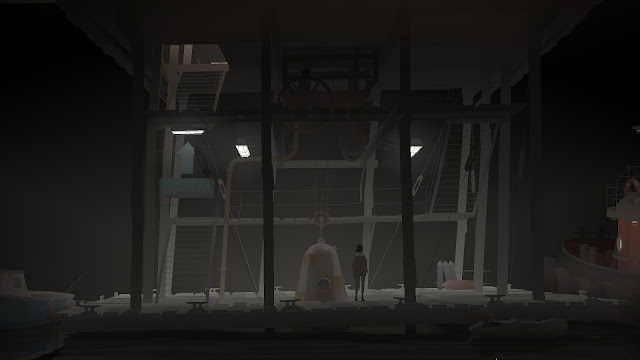 This is also one of the central themes of Kentucky Route Zero: decaying memory and history. Everyone in this game is always trying to remember something long forgotten, and no one remembers why anything is the way it is.

It reminds me of the "legacy system" in software engineering, a system that is old but cannot be removed or replaced -- because too much relies upon it, or because it's too hard to change, or even because no one even really remembers how it works anymore? It's beautiful how Cardboard Computer performs this same forgotten "legacy logic" in the bowels of their game engine as well -- variables which get set, but never read -- narrative branches picked up and forgotten...

But in 2016, it all just seems really sad to me: a world solely made of legacy systems, a legacy world... a rusted world where people take care of each other and no one gets angry (because they can't remember why they're supposed to be angry) while we all just slowly drown to death in debt.

Let's hope this one has a happy ending.

at 5:18 PM
Email ThisBlogThis!Share to TwitterShare to FacebookShare to Pinterest