On wikipedia-ing games culture and history

The other day, someone wrote to me but confessed they didn't know much about me, and that they had only played my games Intimate, Infinite and The Tearoom.

This felt like a really strange pairing of games to me. The Tearoom is a recent game that got a lot of press coverage, while Intimate Infinite is a much older, somewhat obscure game of mine that's mostly remembered only by some literary art game folks. What the heck is going on?

My suspicions were confirmed when I found out that I had a Wikipedia page as of July 2017, and that this page highlighted those two games with their own subsections. It made me realize that (a) people google me, and that (b) Wikipedia might be their first or second impressions of me. And yet, that page is still missing so much information about me; my dabbling in level design, my love of sandwiches, and so on.

When I whined on Twitter about having a Wikipedia page, boy genius game designer Michael Brough confessed his envy. I was shocked. How can Michael "Broughlike" Brough not have a Wikipedia page? I immediately sought to correct this injustice, and began writing a Wikipedia entry for Mr. Brough.

But getting Michael Brough onto Wikipedia proved to be a bit of a challenge. I knew I had to prove Michael's "notability", to show that he deserved to be included within this accumulation of all human knowledge, so first I wrote about all his IGF nominations and all the glowing praise heaped upon him. However, this quickly made the editors suspicious. It sounded like an "advertisement", and anyway, why hasn't this Michael Brough guy actually won any awards yet? (Ah, the cruelty of outsiders.)

What's so great about Michael Brough? Well, he's a great dancer. He has a wonderful sense of dress and colors. His games are really good. He has a very kind mother who gave me ice cream one time. it was frustrating to try to read Wikipedia's fussy pedantic mind. Jake Eakle's help with navigating the process / bureaucracy was utterly instrumental here; when an editor proposed to "speedily delete" our poor little draft after only a few days and I was preparing to berate them for their impatience, Jake helped contest the deletion and save the whole project, while maintaining a calm and polite conversation with the editors.

Annoying or not, the whole process did make me realize that I had to think more like an encyclopedia somehow. I recalled a talk that Michael gave back in 2013 where he talked about his approach to roguelike design, and laid out some of his theory and criticism. I re-watched some of the video, paraphrased a paragraph or two, and then re-submitted the draft. With this "substantial content", the article was finally deemed acceptable and encyclopedic enough, and accepted! Michael Brough (game designer) was now real. 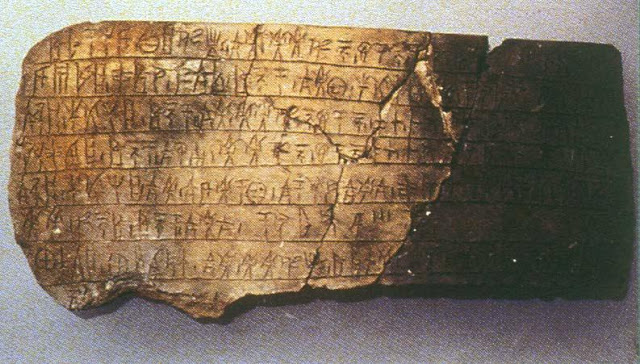 How will we be remembered? But more importantly, how do we make our ideas and histories accessible to future newcomers, who aren't already immersed in this inside baseball of experimental game design and art games?

Bennett Foddy doesn't didn't even have his own Wikipedia page. As of this time of writing, his name page currently redirects to the entry on Getting Over It. (UPDATE: two weeks later, partly because of this post, Bennett got a pretty detailed Wikipedia page.) He's released one of the weirdest (yet commercial successful) games of 2017 and he still doesn't deserve his own profile? That coy redirect won't tell you about how he used to perform as part of the band Cut Copy, or how he was an Oxford professor of bio-ethics and argued that performance-enhancing drugs are awesome (well, I haven't read his papers, but I'm assuming he said that, I wish some sort of free online encyclopedia would tell me if it was true?), or all these other Things That Are Important To Know About Bennett Foddy.

Maybe no one else is going to do this for us. If we don't write each others' histories, then we're letting institutional forces erase all the work we're doing.

However, it also occurs to me that some people don't want to be remembered / don't want a Wikipedia page, and they prefer having a "Google shield." These people certainly have the right to be forgotten and have a right to privacy -- or perhaps you don't trust Wikipedia to ever get your story right, which certainly happens a lot. Maybe when we write each others' histories, we should also make sure that people consent to having their "history" recorded too.

So let this be my affirmative consent: as much as I love being known as a Borges-reading pervert, please feel free to add to my Wikipedia page.

And when you cite this post, here's a handy pre-formatted citation tag: {{cite web|title="On wikipedia-ing games cultures and history"|website=Yang's personal blog|url=http://www.blog.radiator.debacle.us/2018/01/on-wikipedia-ing-games-culture-and.html}}
at 11:00 AM
Email ThisBlogThis!Share to TwitterShare to FacebookShare to Pinterest