The Oil Blue: how someone took all those silly panel puzzles from Resident Evil and made it interesting 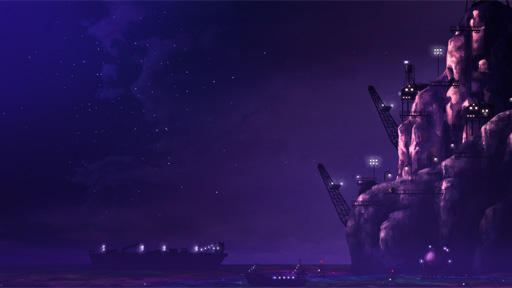 What if someone took all those ludicrously involved and improbable mechanical maintenance panel puzzles from the Resident Evil series and turned it into a game? That'd be Vertigo Games' "The Oil Blue." And it's surprisingly good. (These impressions are based on the demo.)

The visual design? Purple gradients everywhere. Love it. The sound design? Buttons and panels have satisfying clicks to them. Fantastic. What about the gameplay? It's multi-tasking to the extreme. You have to press buttons to extract oil with various machines, all working at the same time.

The closest analogy I can think of? Oil drilling is like cooking a dinner for 10, as quickly as possible.

First you have to thaw the meat; you set it in a tub of water. While it's thawing, you start pre-heating the oven and mixing the batter for a cake. You put the cake in the oven. Now you have to start chopping vegetables for the lasagna -- but before that, you have to start cooking the noodles. The meat is now thawed, but you need to grill the vegetables in a separate pan for a veggie lasagna and you only have one pan!... etc.

It's about being efficient with your time, starting and stopping processes at the same time. (The Civilization series is also based on this multitasking dynamic, though in a slower, more complicated, turn-based context.)

Anyway, it's kind of funny when a game about oil drilling turns out to be more about cooking a dinner than "Cooking Mama" ever was. 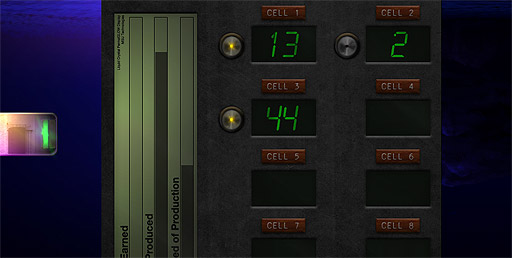 Each piece of machinery is paced differently: one continually collects oil with very little adjustment; another requires frequent and active attention (every few seconds) to collect oil, which can only be transferred to your account when you collect a full cache of barrels; the last machine in the demo requires periodic (every ~30 seconds) but high APM (actions per minute) actions to collect oil, with the same deal on the oil transfer and caching system.

Did any of that make sense? No? Okay, well, just be content with understanding that each machine requires a different rate of attention from you, and that's what makes the pacing so interesting and filled with lulls / peaks.

What you get is a fragile balancing act, switching between the ambient machine in the background -- trying frantically to fill up the cache on another machine so you can transfer it to your account -- while listening for the alarm on the third machine.

It's like baking a cake while boiling pasta while stir-frying vegetables. It's like riding a unicycle while juggling three apples while reciting the first 50 digits of pi.

The beauty of this? None of the pacing is artificial: it emerges naturally from how hard you want to push yourself and your machines. You can set all your machines to go faster, but then you won't be able to keep up and they'll all run out of battery / breakdown from stress.

Feedback is also fairly granular, not a binary: if the ambient machine runs out of battery, you lose some oil, but that's it. If you miss an alarm and several oil deposits, it's okay, you'll just have to get the next few deposits instead. It allows you to learn from your mistakes -- and go slower if you have to. 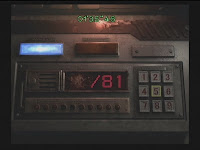 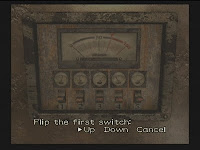 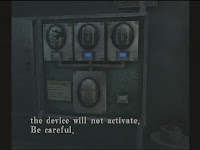 (those lovely panel puzzles from the Resident Evil series)
There's also some sort of authored narrative about oil drilling and the environment or something, but that doesn't seem like it would be connected to these multitasking mechanics at all. So it seems like a wasted opportunity there; there's not much commentary on what it actually means to drill for oil, but rather the game is content to present some rough pseudo simulation on what it is like.

Not that I'm saying every game has to have a Message with a capital M.

Because on some basic level, well, I guess it's just really fun to push buttons and watch them light up. It's panel / machinery pornography at its finest and I'm totally getting off.
at 10:00 AM
Email ThisBlogThis!Share to TwitterShare to FacebookShare to Pinterest